In my last post about my Linden Sweatshirt dress, you may have spotted some knitted wrist warmers. 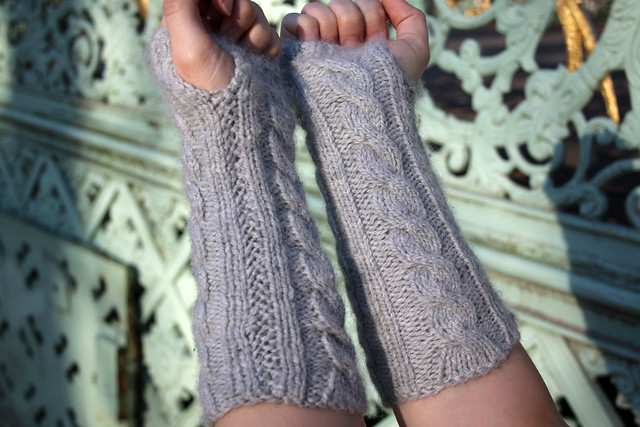 These are another knitting project which I finished during the summer, and that have been sat in a drawer waiting for winter. It’s pretty mild in the UK (at the moment) but I made good use of these during my recent holiday in Belgium. They are photographed in Brussels Park, where I previously photographed my first Linden last year. 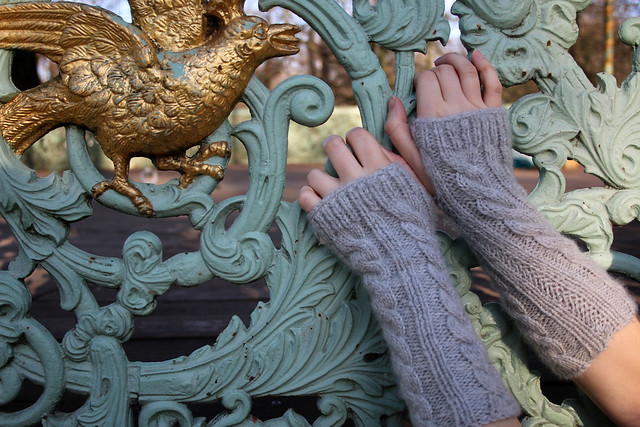 The pattern is TOFT’s free Cable Wristwarmers pattern. This was my first attempt at cables and it’s a nice easy pattern to practice cables on if you haven’t attempted them before (spoiler for newbie knitters: cables are really easy). The pattern is knitted flat and seamed along one side, with a gap left for the thumb. They are a quick make if you’re still looking for fast Christmas gift knits. 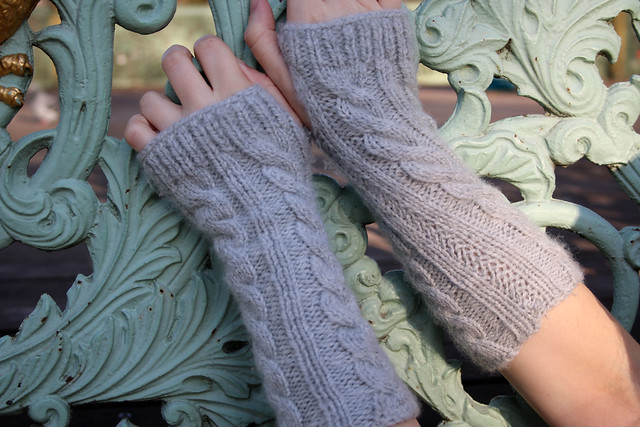 I used the recommended yarn, TOFT’s DK yarn in Silver. I used approximately half to three quarters of a ball for these wristwarmers, so I have a little left over for a future project. I actually bought the yarn from TOFT’s farm shop when I was there interviewing owner Kerry for an article for Seamwork Magazine.

Having worn these a fair bit over the last few weeks (and also lugged them around in my handbag) they now have a slight fuzzy halo, which you can just make out in the photos. As a result they are likely to pill over time, due to being a very soft wool. 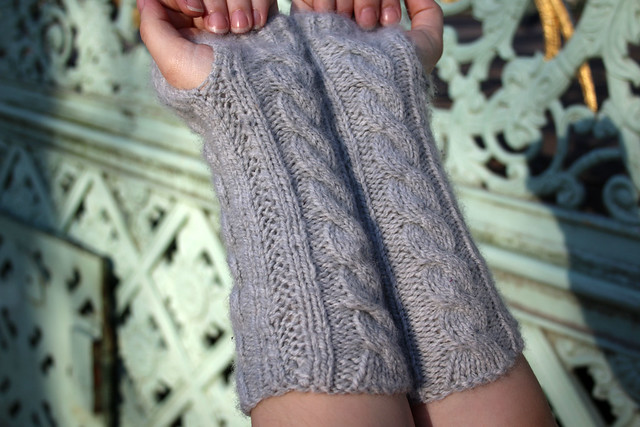 This is my second time using TOFT’s DK yarn (I previously made socks and later dyed them) and I’d strongly recommend it. It’s lovely to work with and is 100% British, being made with British wool, processed by the Natural Fibre Company in Cornwall, and ending up with the TOFT team in Rugby. As a result, these wrist warmers count as one of my one year one outfit makes. 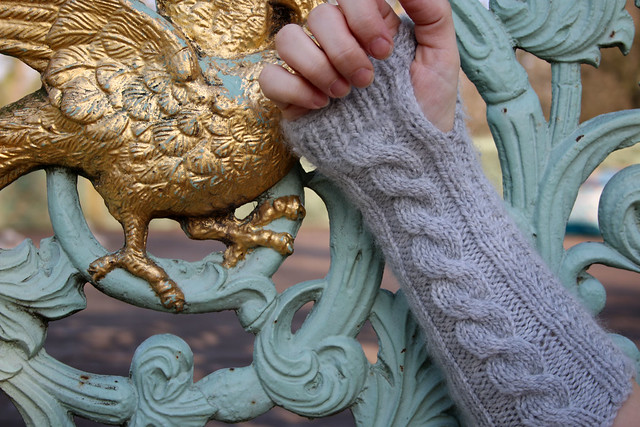