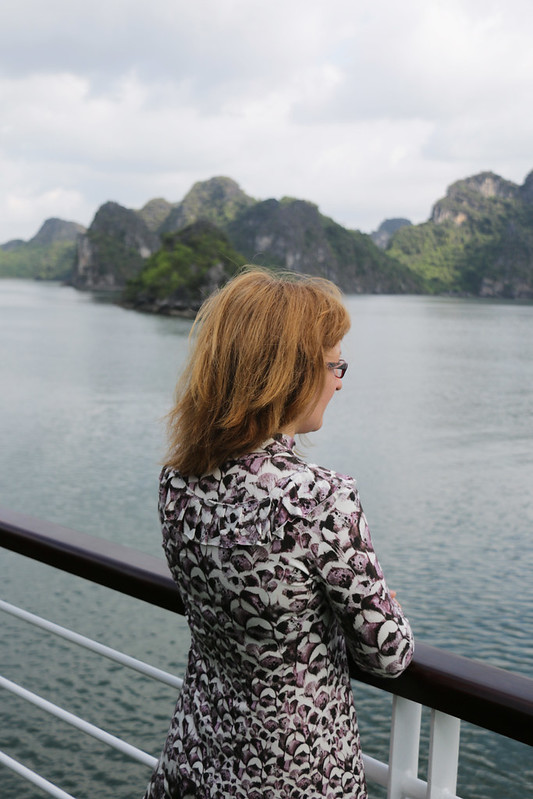 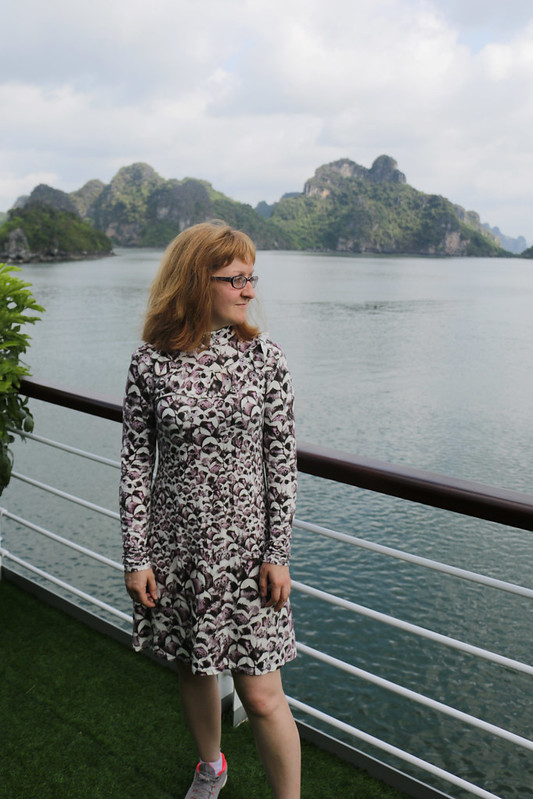 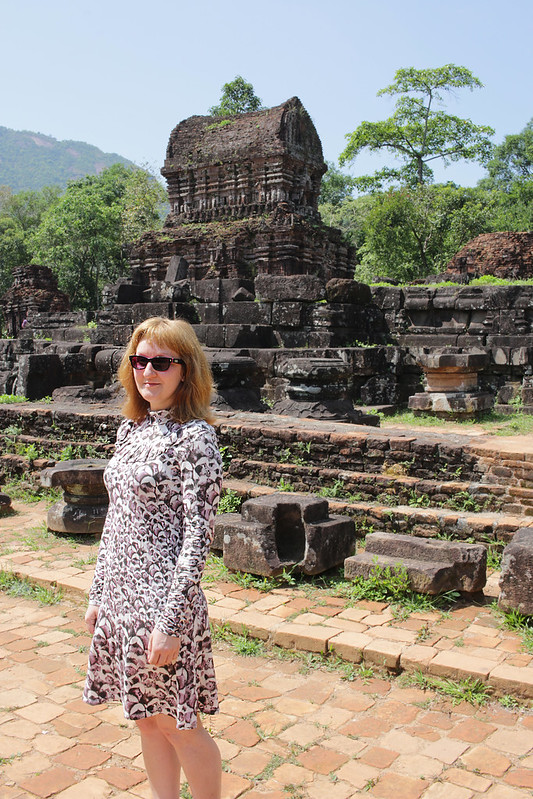 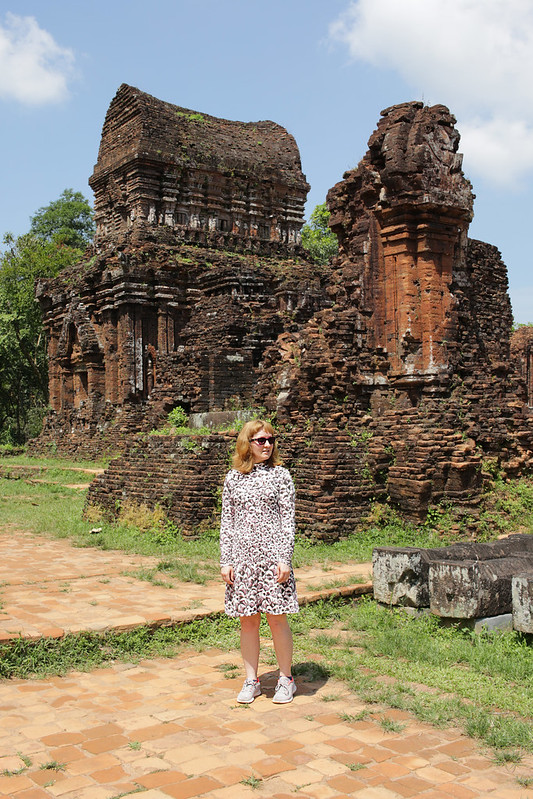 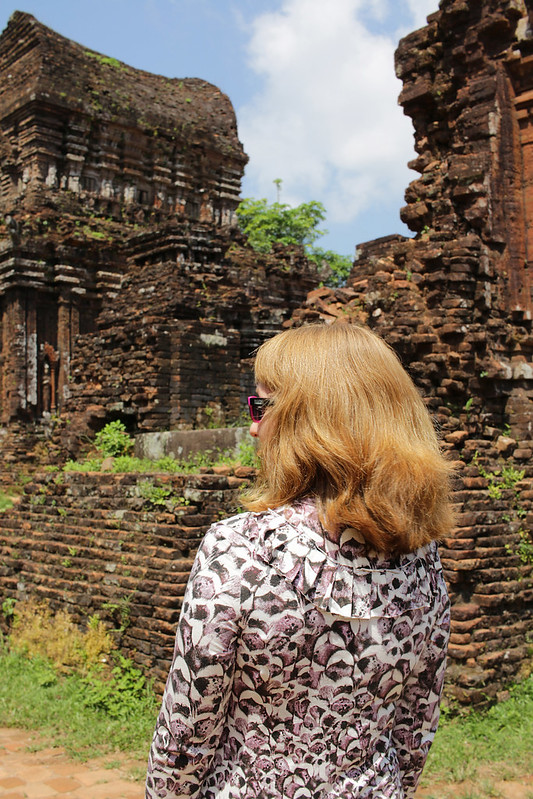 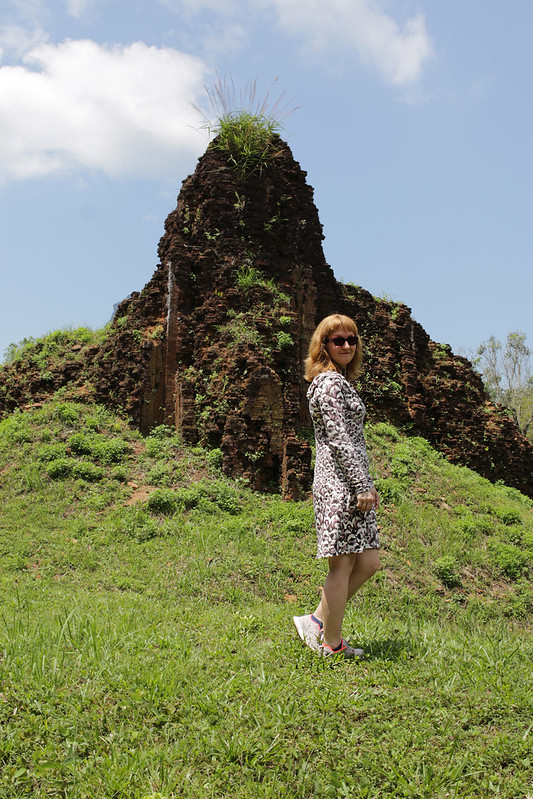 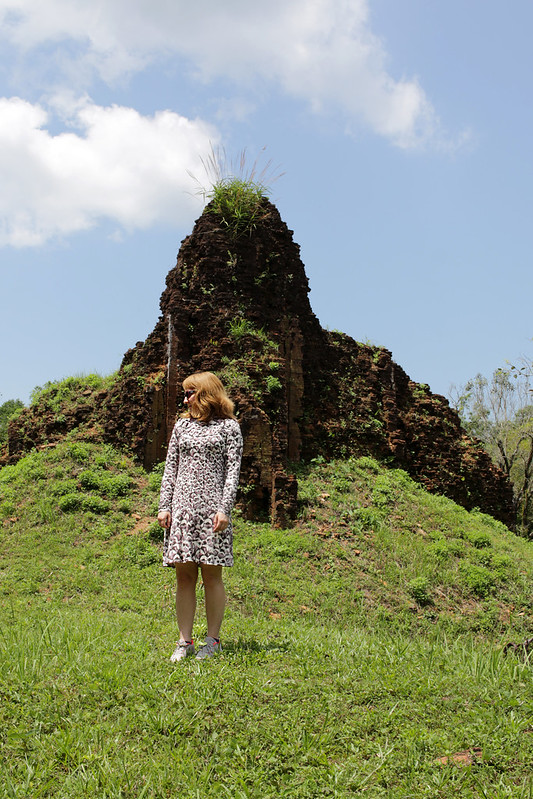 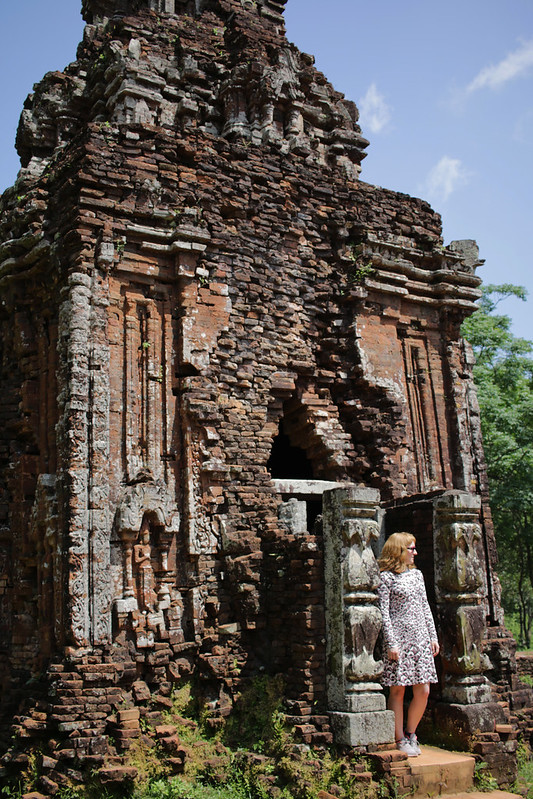 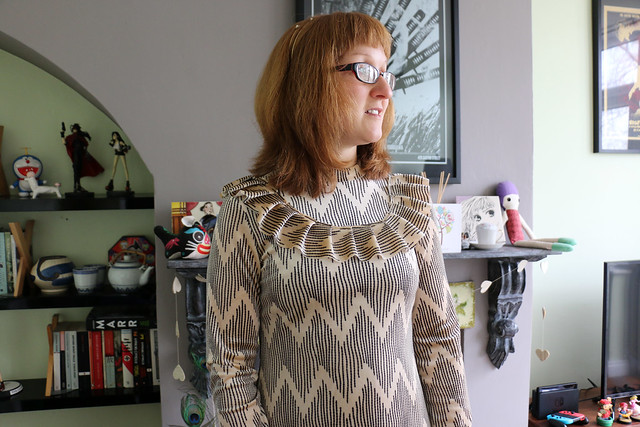 I do try to avoid buying fabric if I can’t immediately think of a project I want to make with it. This fabric, however, was one of the occasions when that logic went out of the window. On a whim (partly because it was cheap), I bought a large off-cut of this fabric from Birmingham Rag Market – a pink velvet knit with a large scale zigzag. The fabric has sat in my stash every since as I had no idea what on earth to do with it. 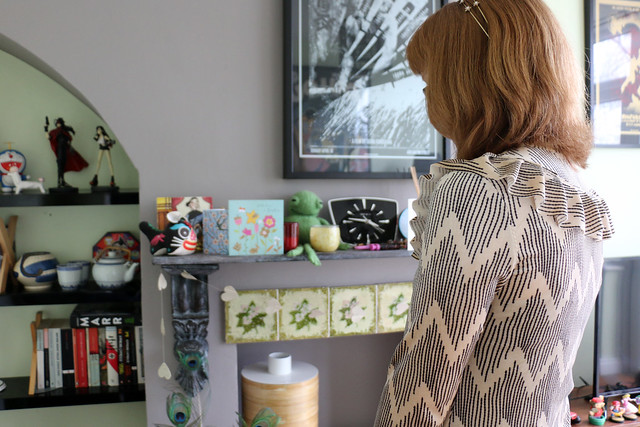 I only have a relatively small amount of knit fabrics, and this was one of my few dress length options, so I decided to give it a try in order to sew a Freya Dress (From Tilly & the Button’s Stretch) from stash fabric. I actually think it turned out pretty well, even though it looks somewhat circus themed, an impression the ruffle definitely adds to. 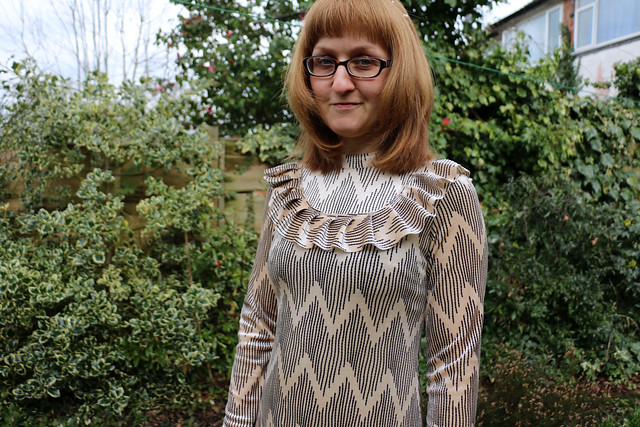 I graded between sizes 2 and 3, but will size up to a 3 throughout next time as I have limited ease at the bust and upper arms despite sewing a narrow seam allowance. I’m definitely going to sew the Freya Dress again (including that adorable ruffle) in an office appropriate fabric. For reference, I cut the fabric strip for my ruffle 74cm long (Tilly explains how to measure your preferred length rather than specifying a measurement). 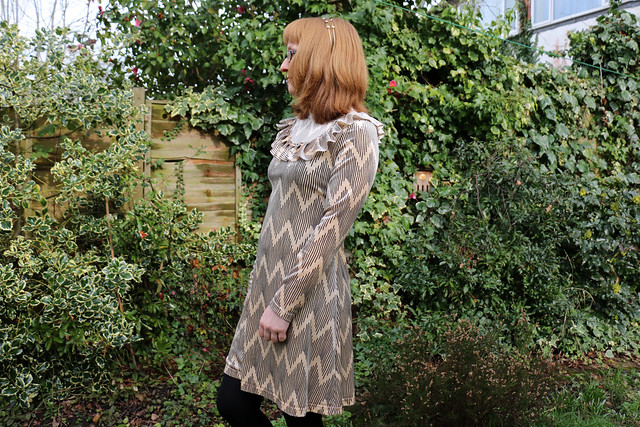 These photos are the first blog photos I’ve ever taken myself (using my phone as a remote) as opposed to asking Phil to take them. They turned out ok, but I found it really hard not to frown with concentration, and it took so much longer. I’ll suspect I’ll go back to bothering Phil next time. 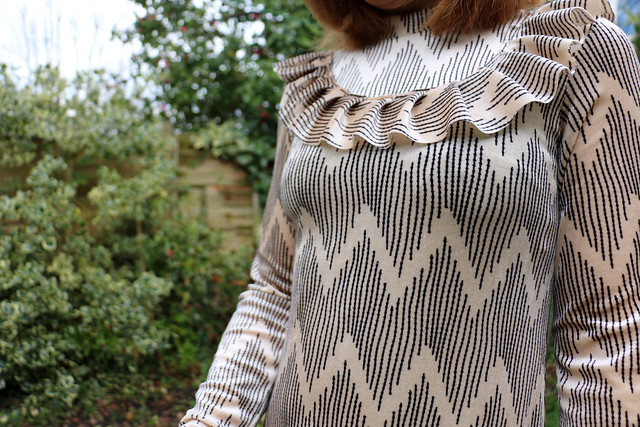