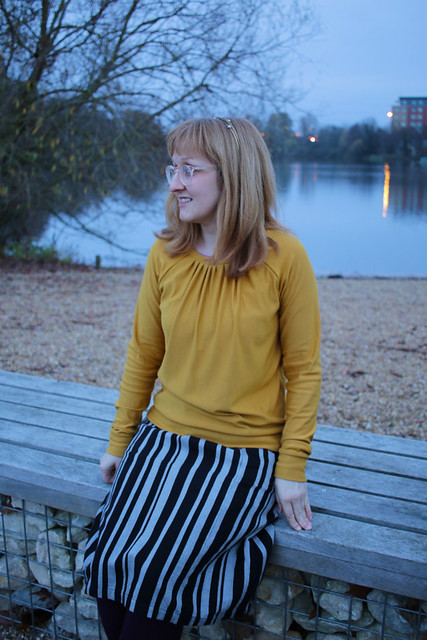 Another week, another Linden!

This Linden features a very simple ‘hack’, and is my entry for the “Stitched with a Twist” Instagram challenge. I’ve been planning to make this Linden since last March when I spotted the sweatshirt below in an email from Uniqlo. I thought it would be easy to recreate using the Linden pattern with the simple addition of some gathering at the neckline (I also fancy recreating the dress on the right with Named’s Inari Dress).

The fabric is from Guthrie & Ghani, and was purchased during their Fifth Birthday Party back in April. I picked an especially drapey knit so that the neckline gathers wouldn’t be too stiff. The fabric feels lovely and has a great sheen to it. 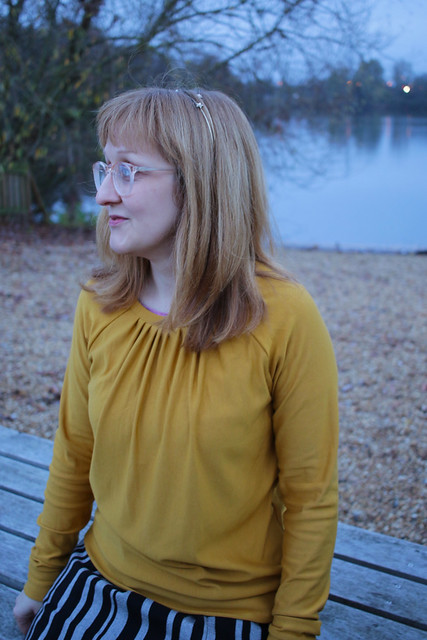 I added 5 inches at the neckline of the pattern front to accommodate the gathering. To more closely imitate the inspiration image, I should have reduced the length at the hem and widened the neckband, but I didn’t think about that until after it was constructed. 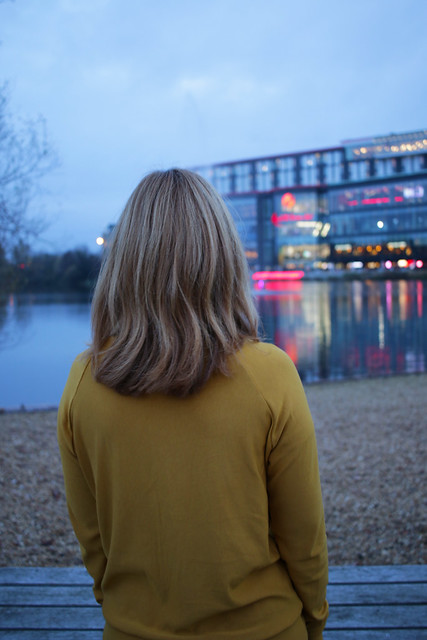 We’ve been to a comic con today, and managed to capture some pictures outside, just in time, as it was getting dark. Birmingham was hectic, so I’m now recovering in my pyjamas, with a mulled drink, and a trashy Christmas film on Netflix. I might even get back to bauble knitting shortly for full Christmassy atmosphere. 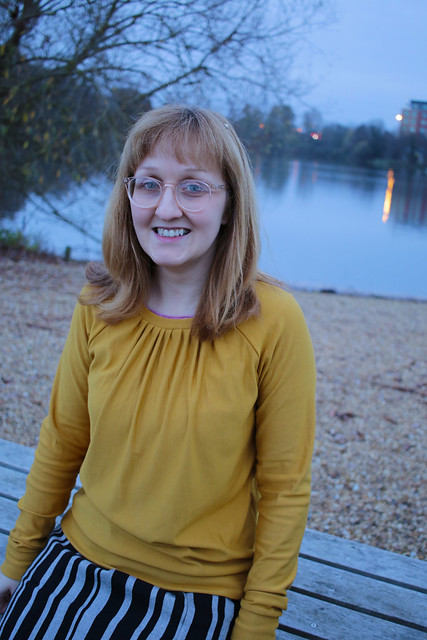 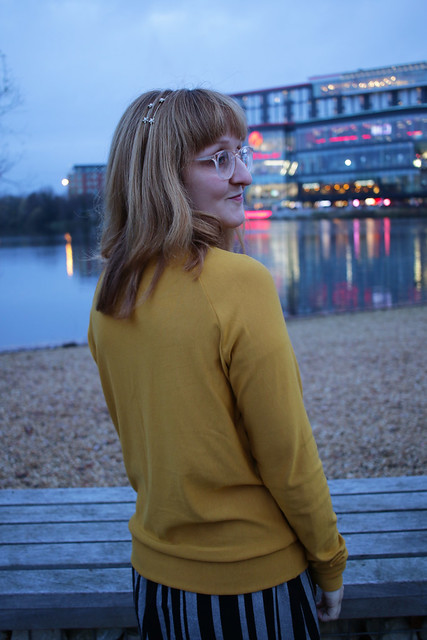 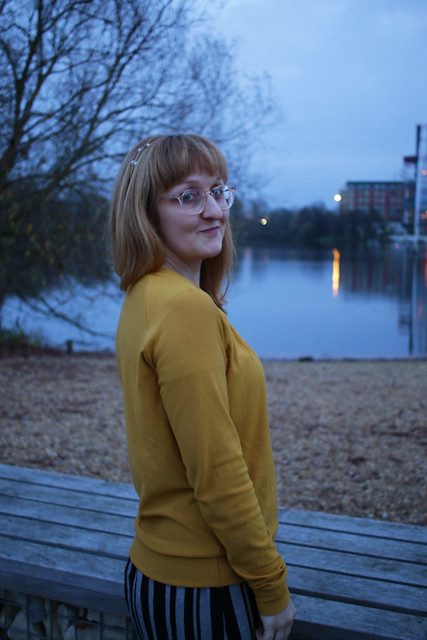