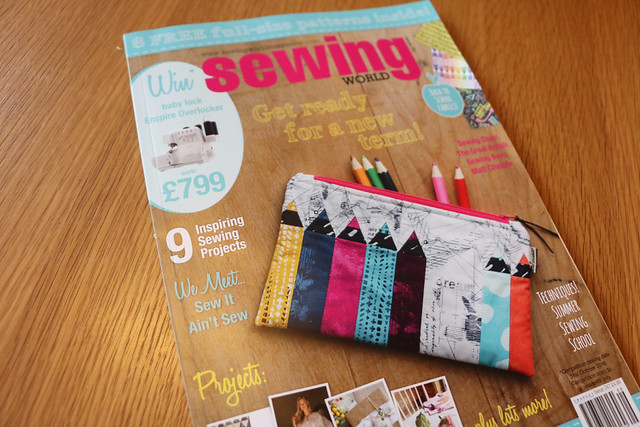 Just a quick post to let you know that, thanks to the lovely Kerry, I’m featured in the September issue of Sewing World magazine (which has been on sale since mid-August, I’m late posting…).

Kerry writes a regular article for the magazine, with the September issue’s on the topic of natural dyeing. I’m featured alongside Folk Fibres and The Modern Natural Dyer.

I haven’t managed to post on the blog about natural dyeing much lately, but have projects to share when I get chance – plus a pile of silver birch branches in the garden, which Phil pruned from our tree, waiting for me to try dyeing with. 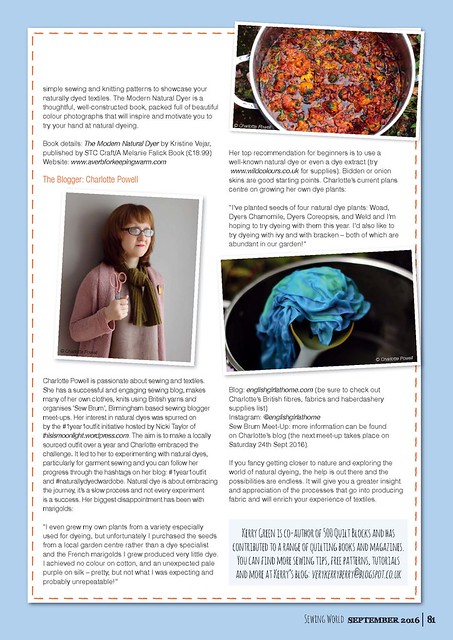