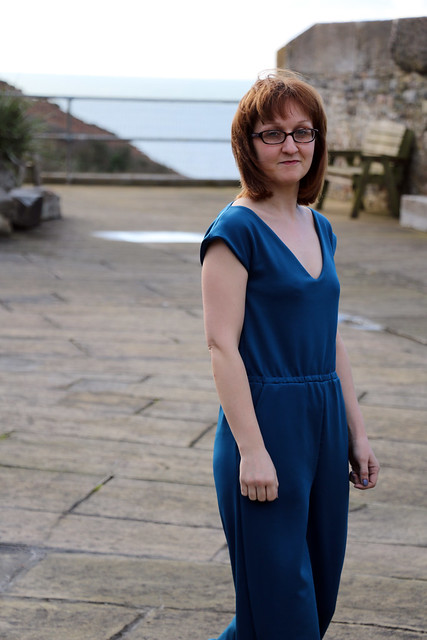 This garment is a good example of how my pattern queue often works. I purchased the Closet Case Patterns Sallie Jumpsuit pattern on release, and picked up this medium-weight knit fabric from the Goldhawk Road (which is more green in real life) not long after. Despite having pattern and fabric paired ready to sew, they waited for over a year and half before making it to the front of the queue and the sewing machine. 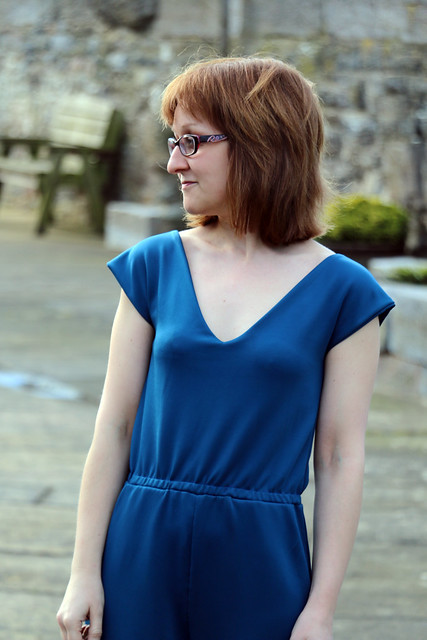 When I did finally decide to give Sallie my attention it was with typically spur of the moment urgency. I had leaving do drinks to attend at work and decided I urgently needed to wear this exact outfit. It’s actually a quick sew – I made this up in two or three evenings after work. 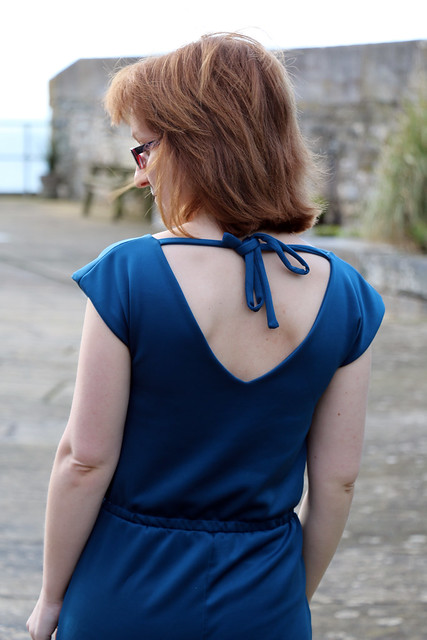 Because I was sewing at speed in the evenings with minimal light, I initially attached the bodice ‘inside out’; the bodice main and lining pieces are almost identical, but the lining side is slightly smaller so that the seam allowance rolls to the inside. In my case it was initially rolling to the outside, so I went back and fixed the issue – post work night out. 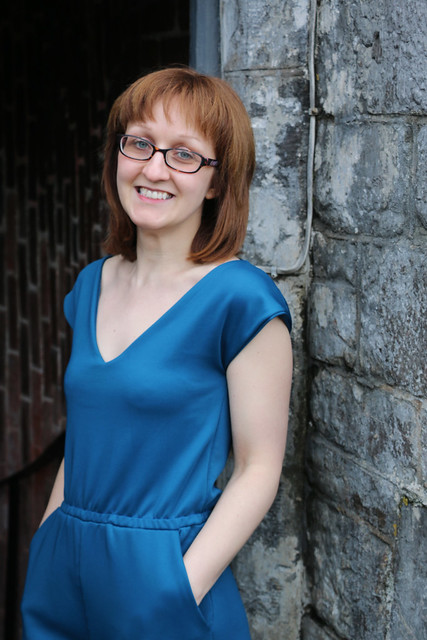 This fabric has a tendency to show lumps, bumps and panty lines. Next time I’d reduce this by using a fabric which is thicker, patterned or drapeier, and I would probably also raise the front neckline. I fancy trying Sallie with a modified rounded neckline. 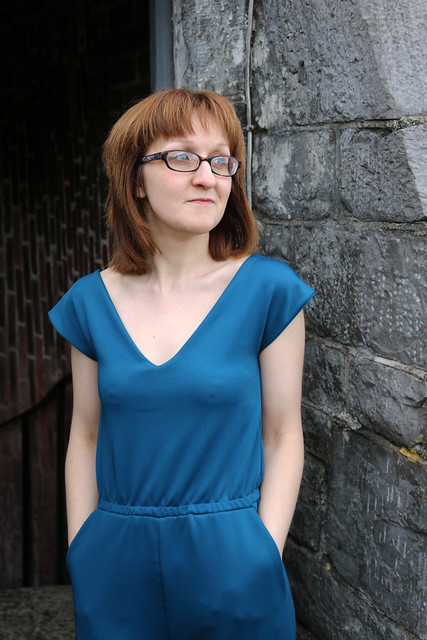 These photos were taken the day after my brother’s wedding, on the roof of the venue. I think Sallie is a perfect lounging around outfit, since the knit fabric means it is super comfortable. Phil however thinks it looks like I’m en route to a 70s disco. 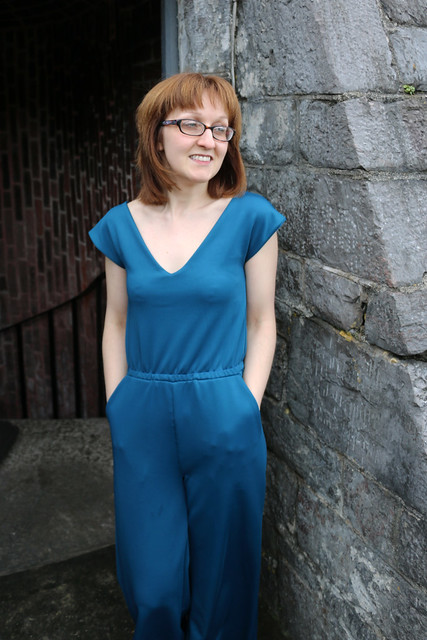 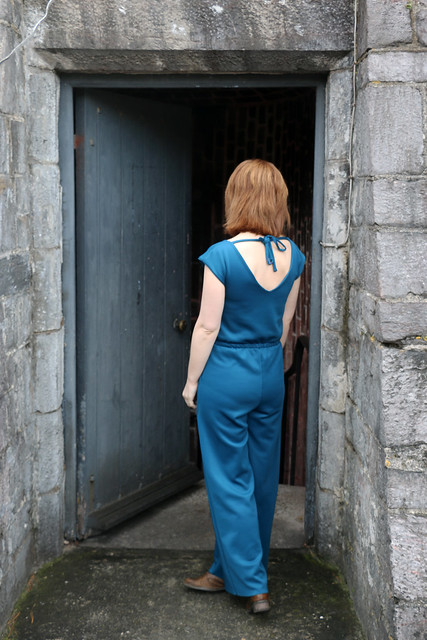 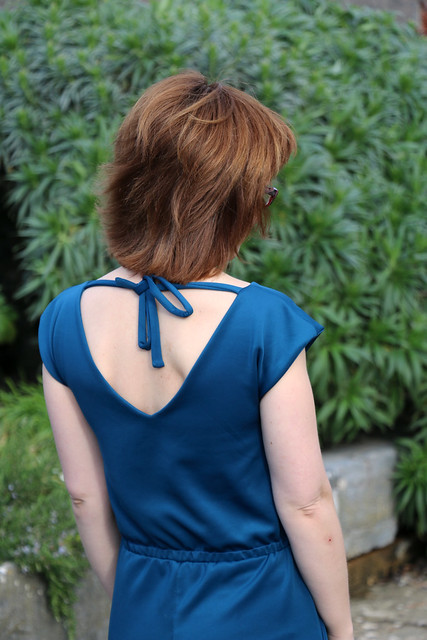 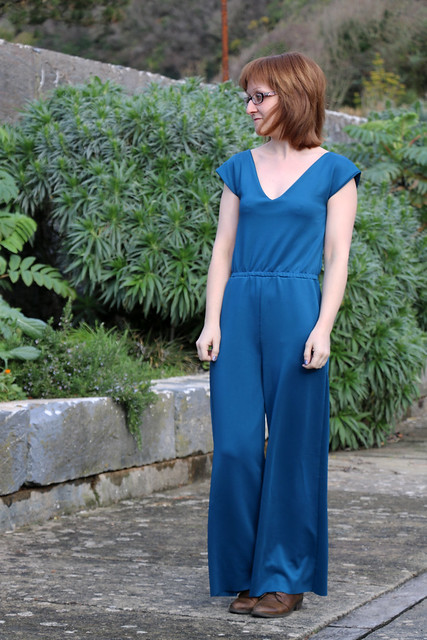 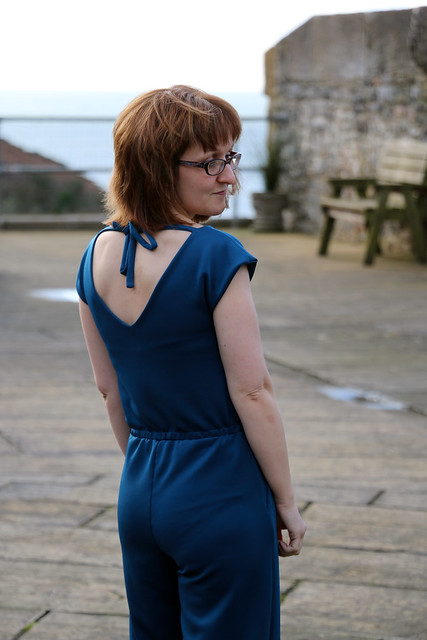 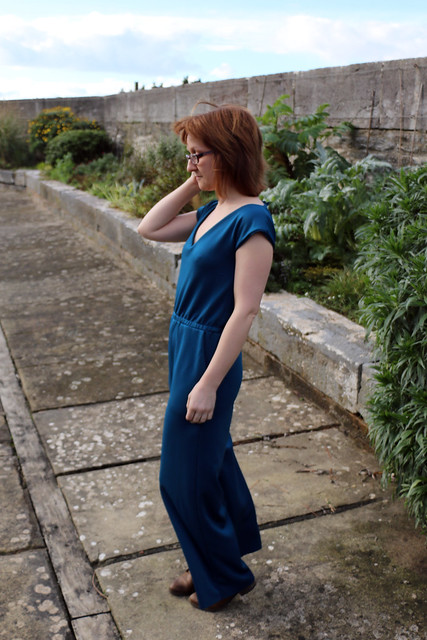 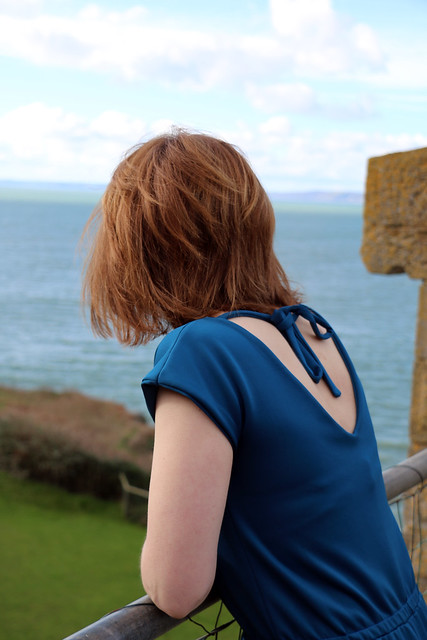