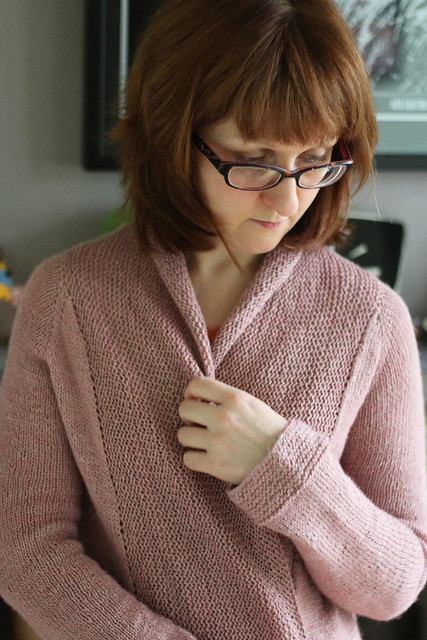 Inspired by Gillian’s Better Pictures Project, and Katie’s guest post in particular, I photographed this recent knitting project indoors. However, I was paranoid the photos would be too dark (it was a grey day) so there is a mixture of indoor and outdoor photos below! 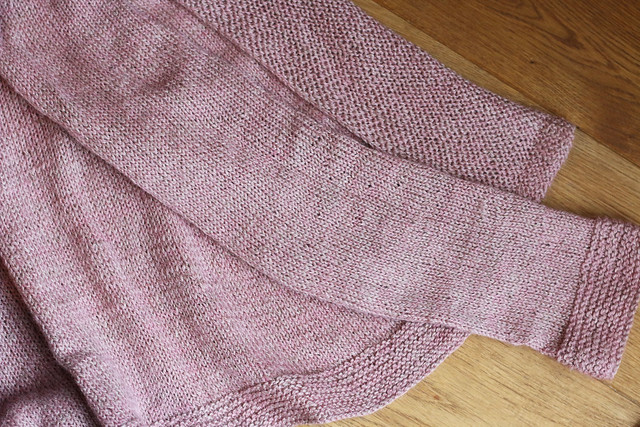 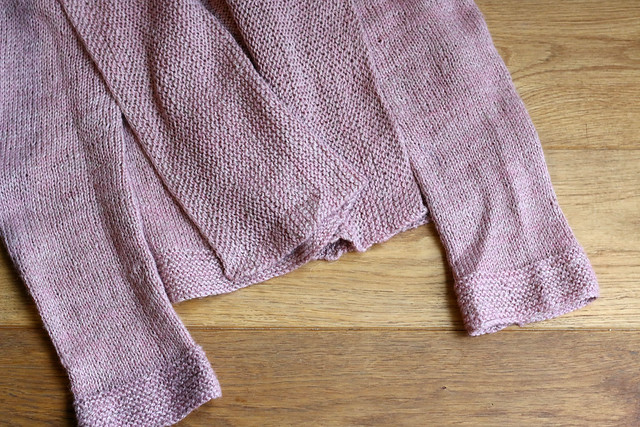 This is the Hancock pattern from Home & Away by Hannah Fettig, also known as Knitbot. I ordered the book straight after it was published (self published by Hannah) and love it. It contains eight cardigan/jumper patterns (plus one hat), which can be knitted flat or in the round. The book also contains some great general knitting tutorials, such as gauge, blocking, and weaving in ends. Plus it’s a beautiful book. 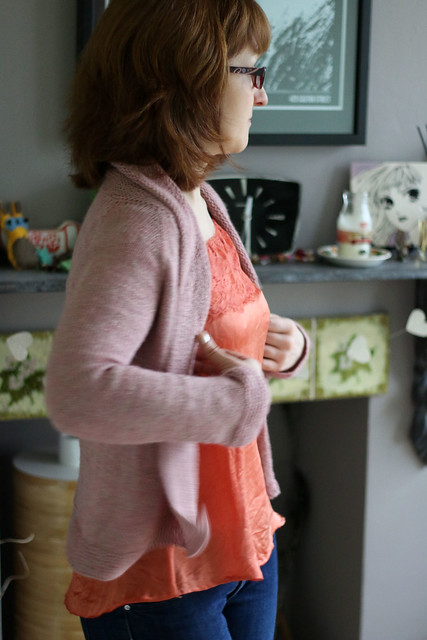 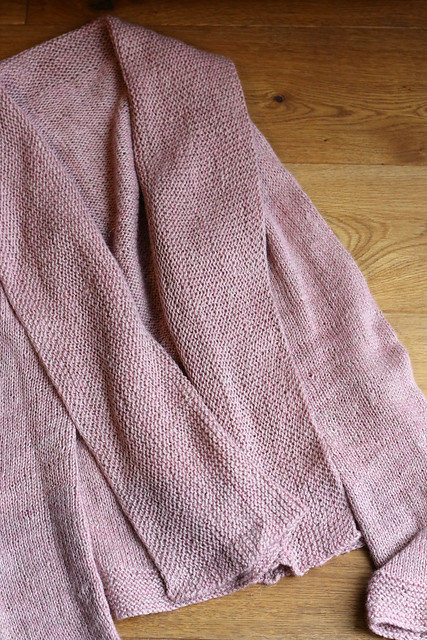 I knitted Hancock in the round, using the smallest pattern size. The yarn I used is Blacker Yarns Lyonesse 4-ply in colour Rose Quartz. Lyonesse is a blend of linen and Falkland Island Corriedale/Merino wool. Blacker Yarns refer to Lyonesse as their ‘summer range’, and the inclusion of linen in the yarn means it is lightweight and relatively summery. However I’m still wearing it this winter over long sleeve dresses / tops. 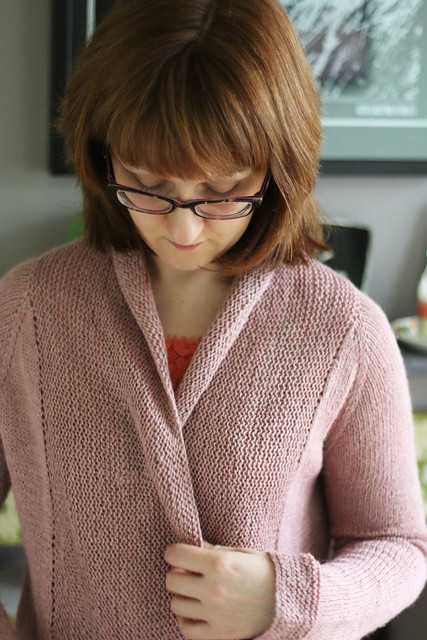 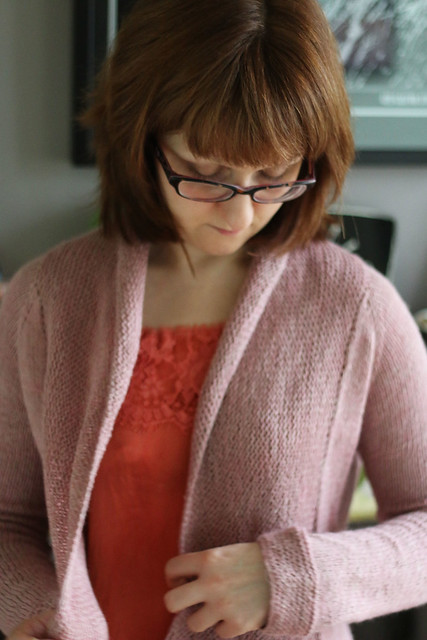 You can see Hancock is relatively short (this is accurately shown in the pattern photos) and I considered lengthening it, but ultimately followed the pattern without any changes. I’ve found it the perfect length to pair with a dress or high waisted skirt or trousers, but it’s worth bearing in mind if/when knitting it. 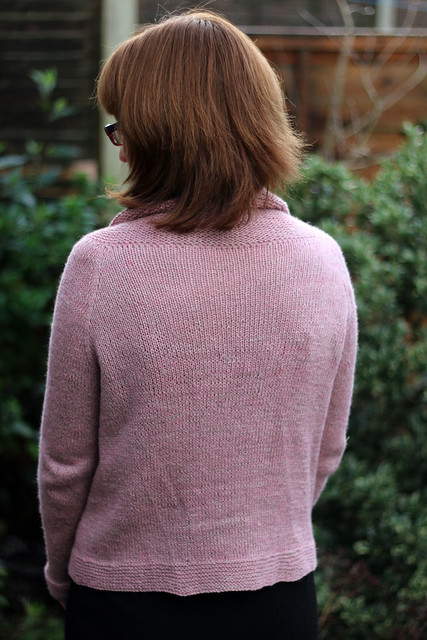 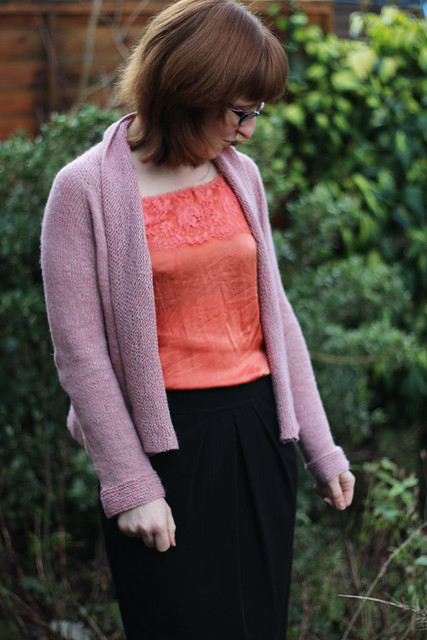 The pattern is an open cardigan without any fastenings. I’ve been intending to buy a shawl pin (as every knitter surely ends up knitting shawls, despite previously never knowing that you needed one!) and think that Hancock would also look good pinned closed when I want a bit of extra warmth.

Hancock is a straightforward knit, if relatively time consuming (at least for a slow knitter like me) due to the use of 4-ply yarn. 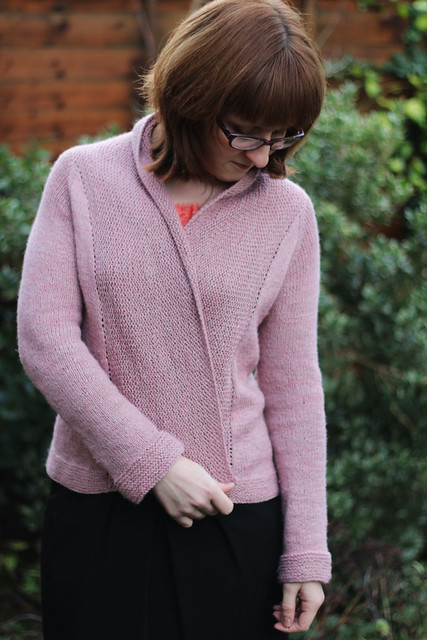 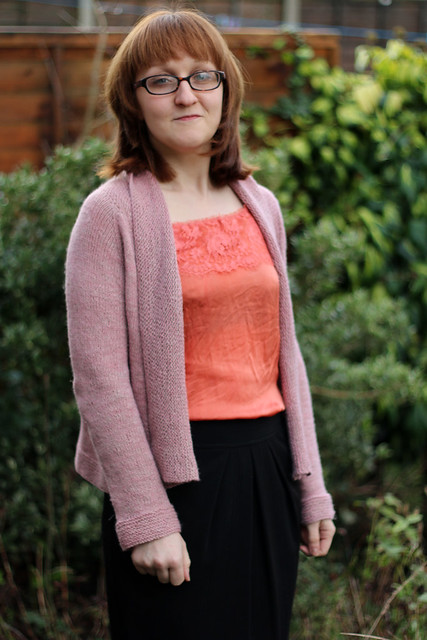 I’m classing this as one of my #1year1outfit projects since it is made with a yarn produced by British mill Blacker Yarns, using Falkland wool (it’s unclear from the Blacker Yarns website where the linen was sourced). Given that my 2015 One Year One Outfit pledge already allowed me to use fibre from the entirely of the UK, I might be pushing it by also including Falkland wool. However, BritYarn’s definition of British includes overseas territories, and that’s good enough for me! 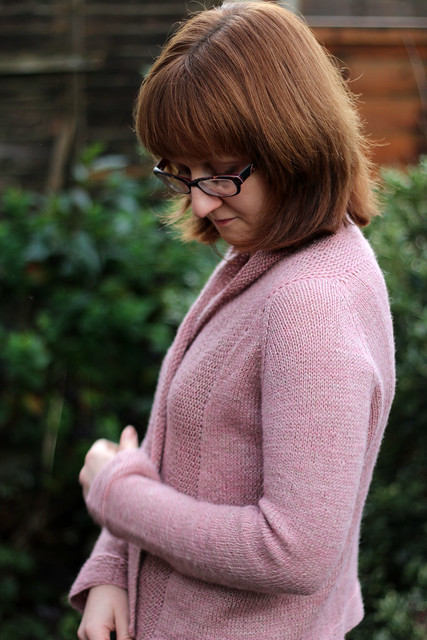 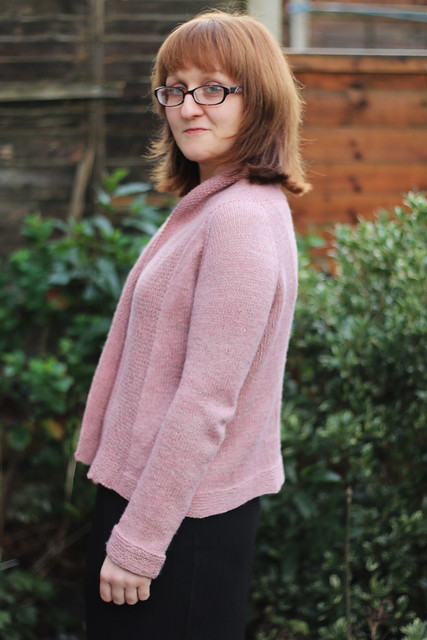 I’m just in the process of blocking another completed project from Home & Away which I’ll be blogging soon.

P.S. If you’re on Ravelry you can find me here.