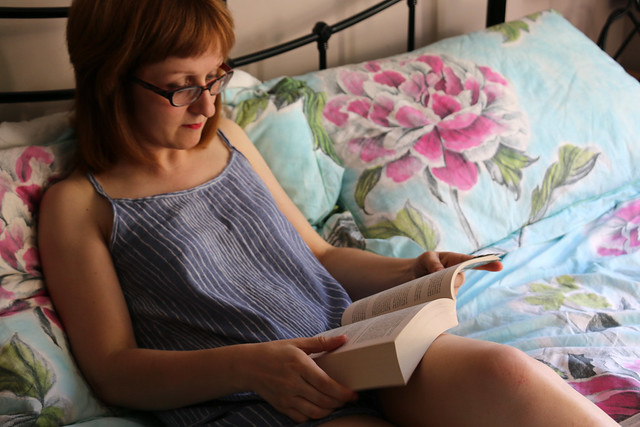 Despite making most of my clothes, these are only the third pair of pyjamas I have sewn! Maybe one day I’ll reach the point where my wardrobe feels relatively complete and I’m happy to spend my sewing time making nightwear and underwear, but I’m definitely not there yet; however, I was in need of some new summer pjs and rather than buy RTW I thought it was time to temporarily put down the dress patterns and revisit pyjama patterns instead. 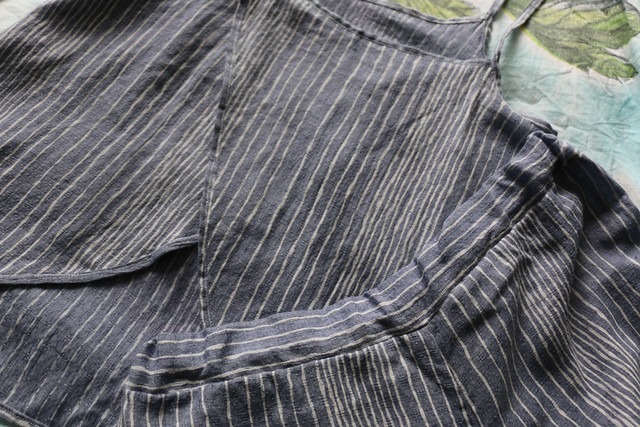 These are Grainline Studio’s Lakeside Pajamas in a lovely soft textured cotton which I purchased from John Lewis haberdashery during the #fmbham sewing meet-up in Birmingham, organised by Samantha and Bianca. I hadn’t decided which pattern I was going to make until the meet-up, when Ben suggested the Lakeside Pajamas. I’m really glad he did, as I love the design of these. I love that the top keeps you covered up at the front, but is interesting/mildly revealing at the back. 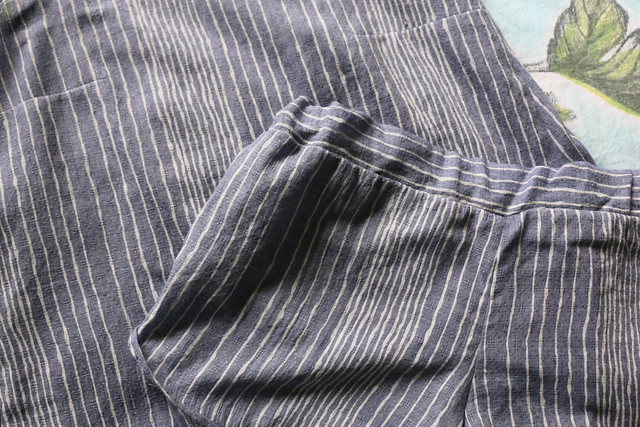 I’m typically one or two pattern sizes smaller at the bust than at the waist/hips. A set like this is perfect as it allows me to cut two separate sizes, rather than needing to grade between them. I cut a 0 in the top and 4 in the shorts, and the fit is spot on. 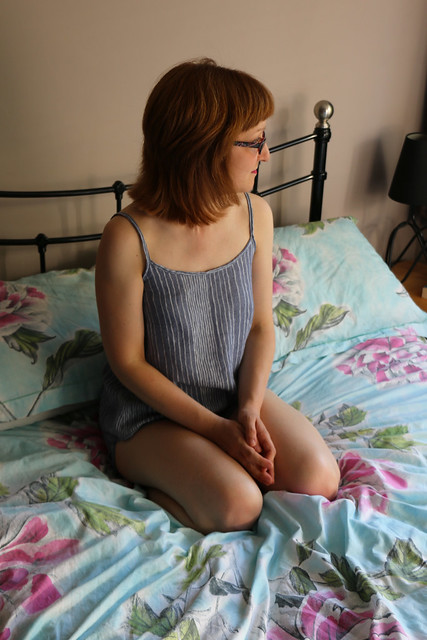 I thought matching binding would look best with this fabric so suffered through making metres of it, but would definitely prefer to buy pre-made. A little secret, I didn’t actually have enough fabric left to cut bias strips (or, at best, I would have had to join loads of short strips together) so just cut strips of fabric along the grainline. As a result, my straps/edges potentially have a little less drape, but I don’t think it’s noticeable. Making/attaching the binding is definitely the most time consuming part of making this garment, but even so they sew up pretty quickly. 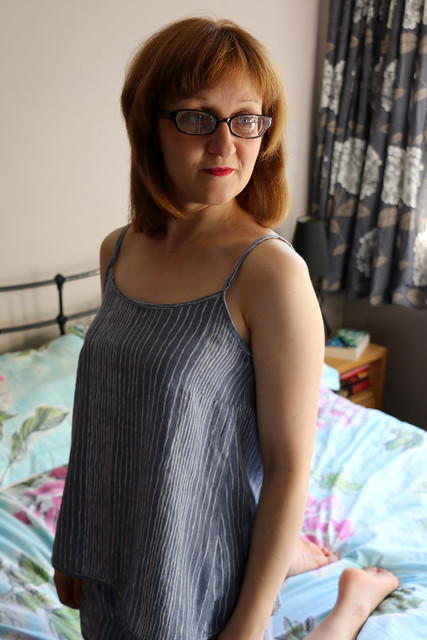 Work – and everything else – is really busy, so I’ve had less time to be creative lately. Attending Yarningham festival, and a brioche stitch workshop with Renée Callahan, last weekend, reminded me how much I enjoy knitting, leading me to start a new scarf project which is well underway; blogging these pyjamas has reminded me how much I want to get behind my sewing machine again very soon too. 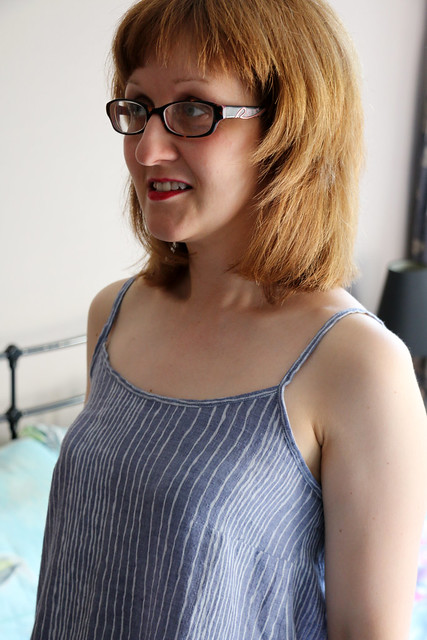 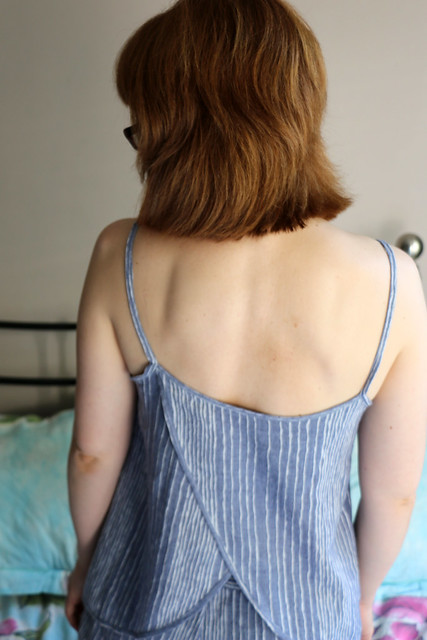 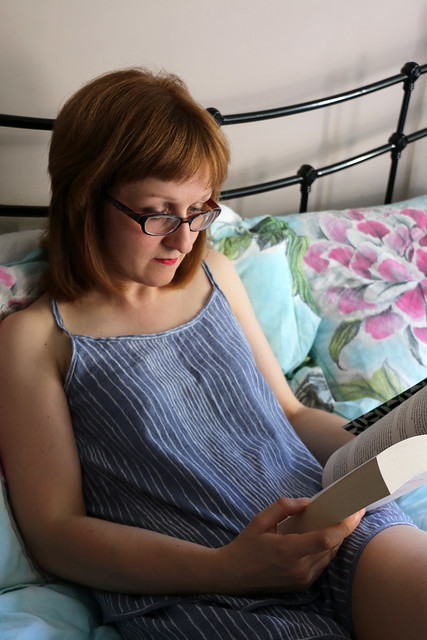 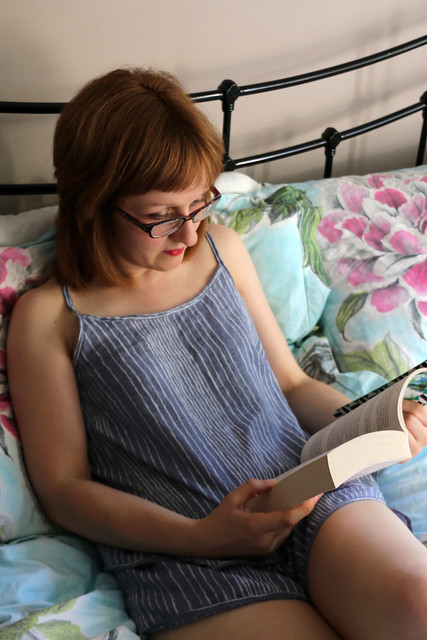 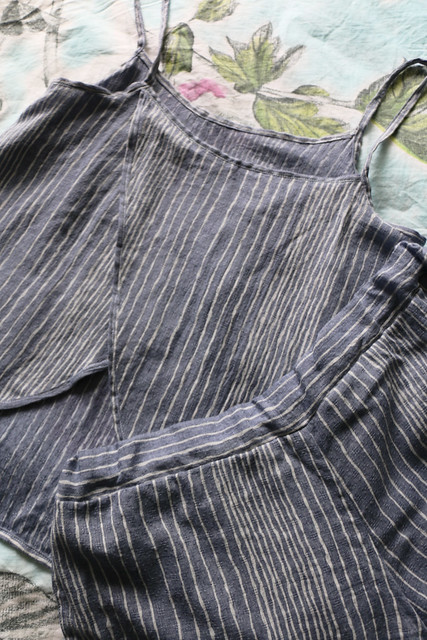