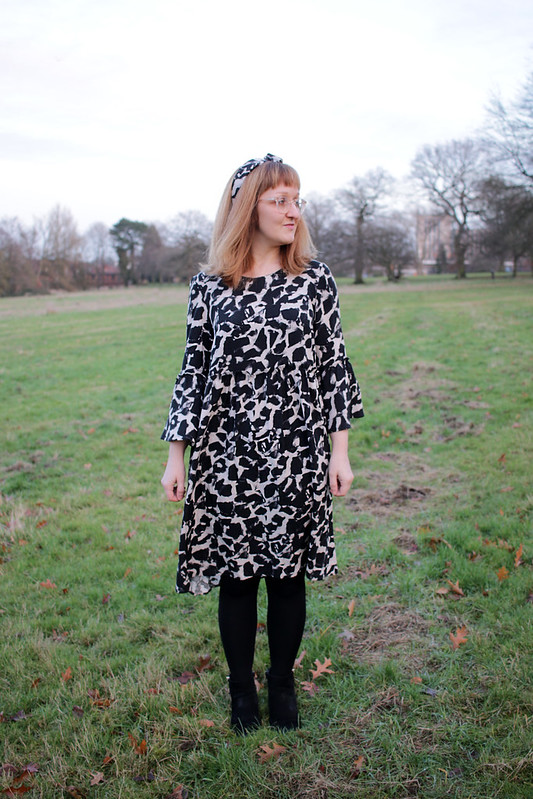 Pattern: Indigo Dress by Tilly and the Buttons

Fabric: Gifted by Kate at The Sewing Weekender 2017 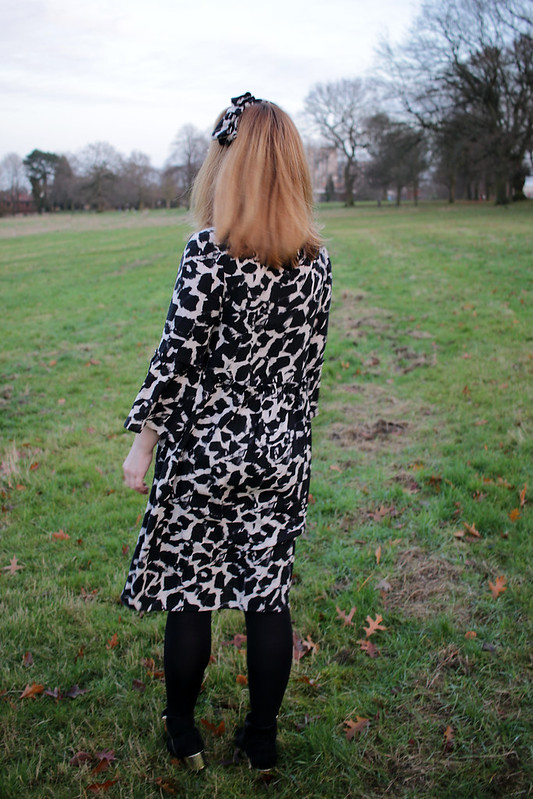 After a busy week and a rubbish election result, I decided to treat myself to a weekend at home. Apart from a couple of excursions out for sustenance – and to take these photos – I’ve stayed in the house, watched films, and sewn. It’s meant being able to finish a Yates coat for myself and getting back to the blog after a couple of weeks absence. 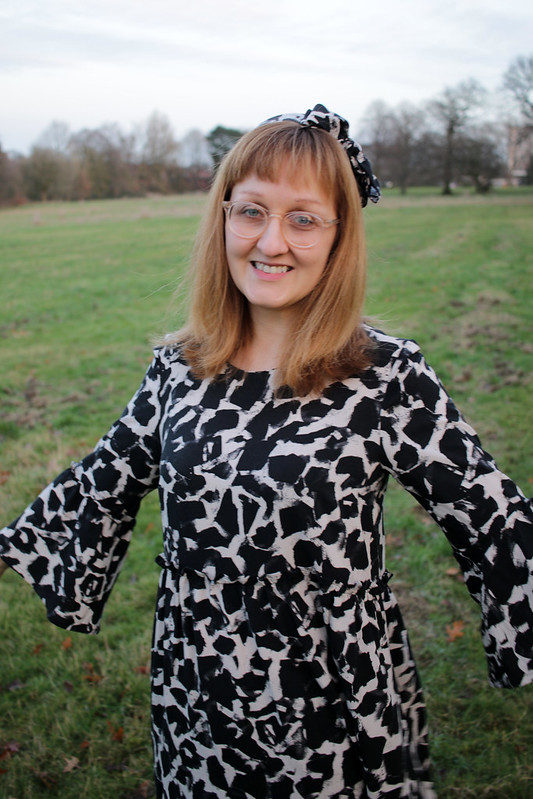 It was a bit chilly taking these photos in the local park, but I wanted to share my Tilly and the Buttons Indigo Dress – and the hairband I made to match it. I’ve been making good progress through both my unfinished-object pile, and my fabric stash, this year. This fabric was a piece which Kate (of The Fold Line) gifted to me at The Sewing Weekender in 2017, so it was really satisfying to sew with it and to be able to start wearing it at last. 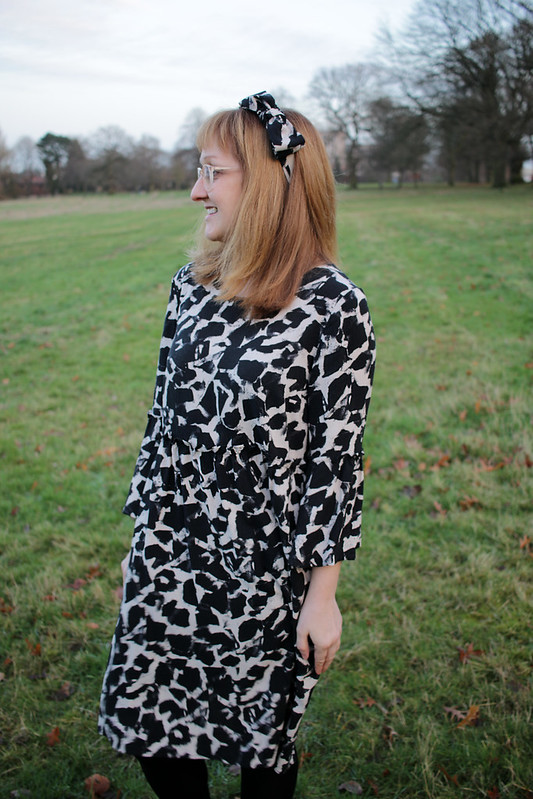 My Indigo is graded between sizes 3 and 4, I made the dress length version and included all of the ruffles (although they aren’t easy to see in the pictures due to the business of the fabric). It’s such an easy and comfortable dress and I’m sure it will get lots of wear once the weather warms up again. I have to credit Joy, Amy & Marie‘s version of the Indigo in particular for tempting me to make my own. 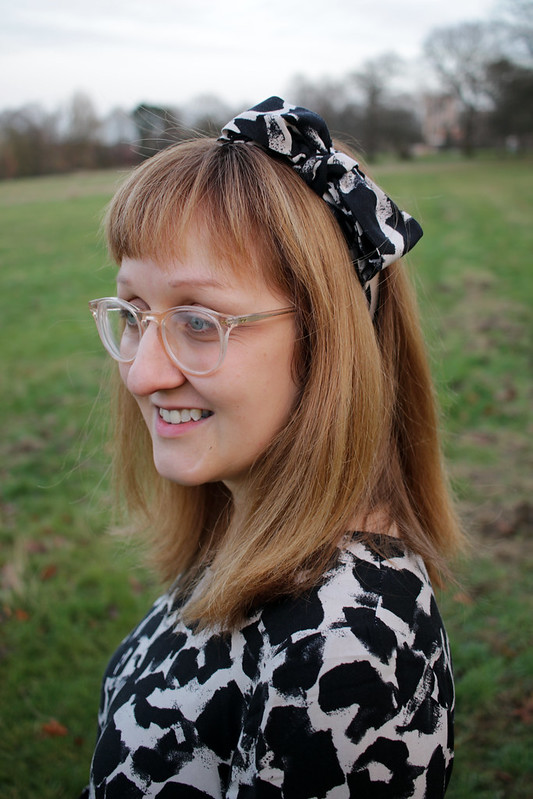 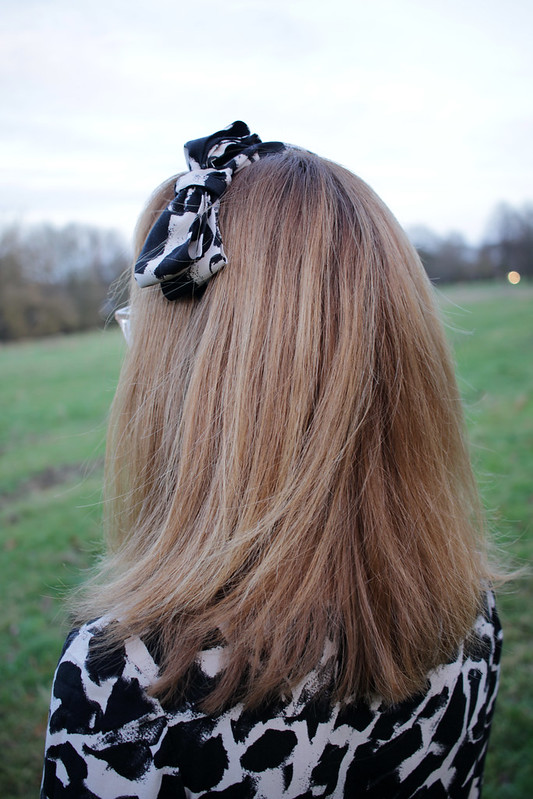 I wear headbands regularly, and decided to have a go at making one to match this dress using my fabric scraps. For the base of my headband I ordered wide plastic headband bases from Petershams Millinery Supplies. To cover the band I cut a rectangular strip of fabric, sewed it up as a tube and secured it around the band with a few stitches. I then made two more rectangular tubes, and attached them on top of the band to form a bow. It’s a really cheap and easy way to make a matching accessory and uses very little fabric. I’ll definitely be making more. 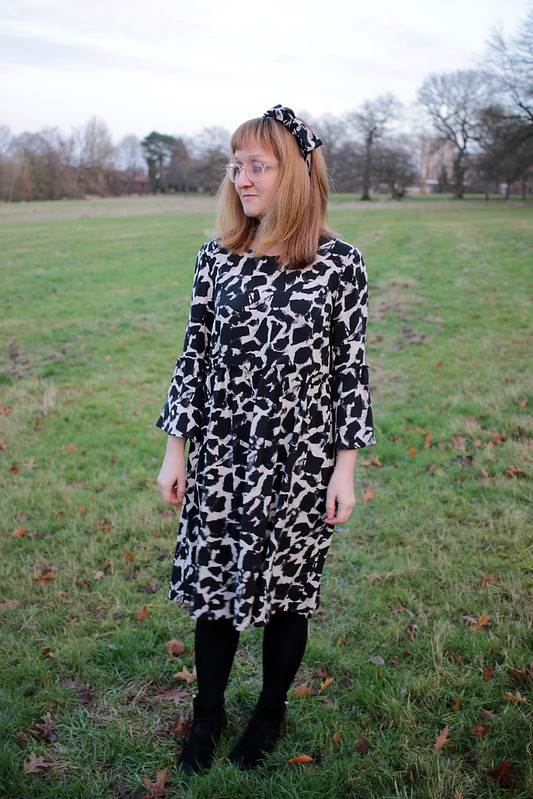 Now that my Yates coat is finished my next (sewing) priority is finishing a Carlton Coat for Phil which I started last year, and a dress for me to wear on Christmas Day which I cut out two years ago. If I can get those projects completed I will be starting 2020 with a very healthy (i.e. small) unfinished-objects basket, and loads of plans for working through more of my fabric stash in the new year. But first I’m going to go back to a weekend of films and relaxing on the sofa beside the Christmas tree. 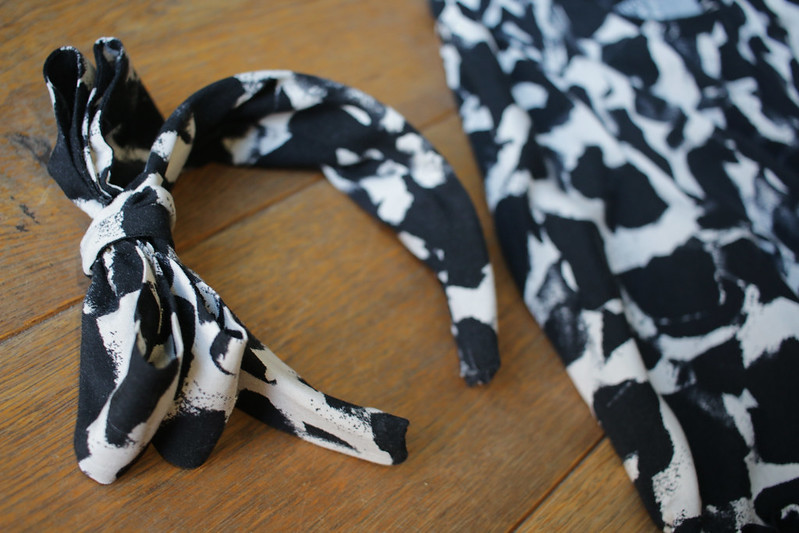 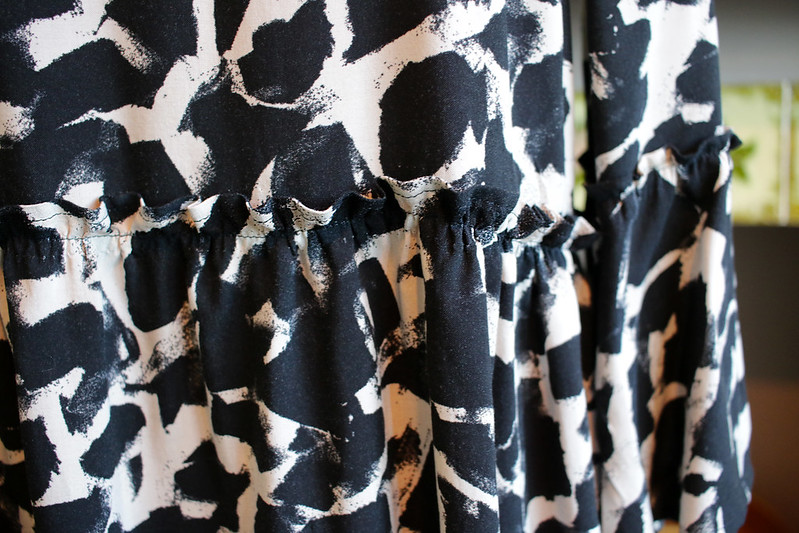 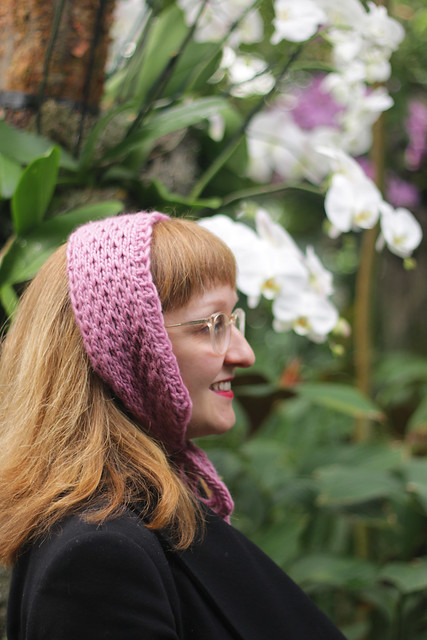 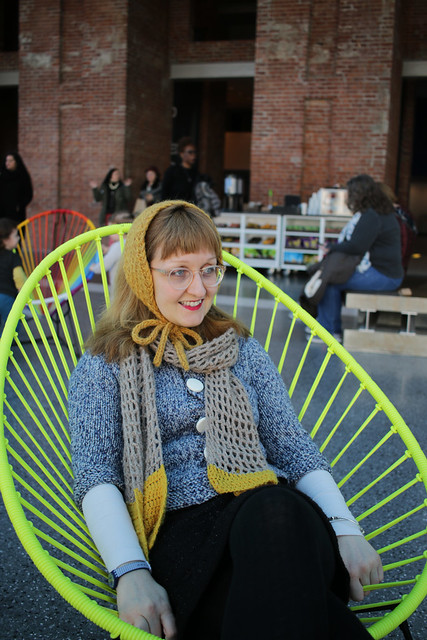 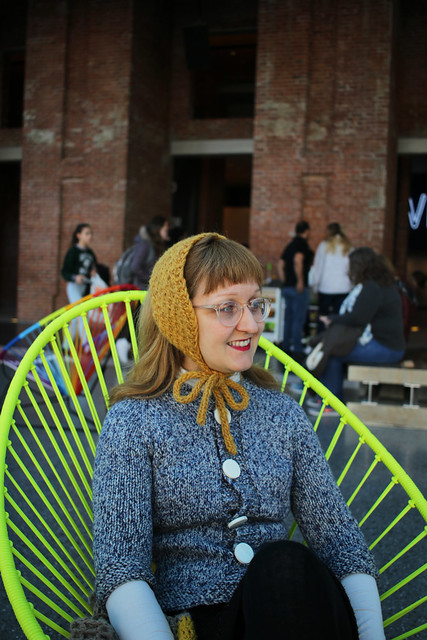 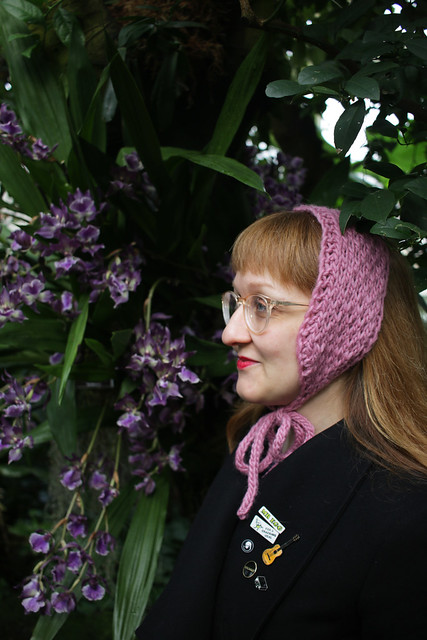 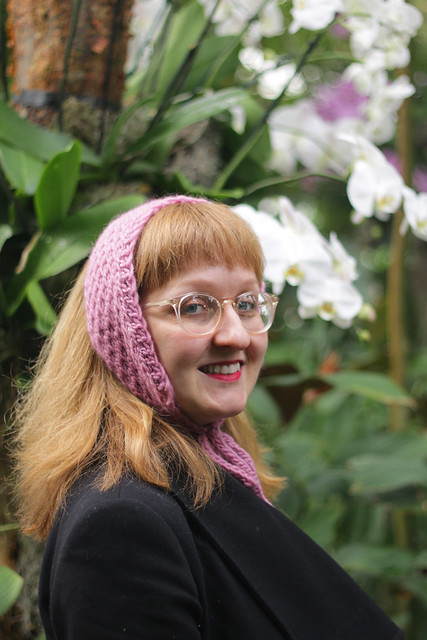 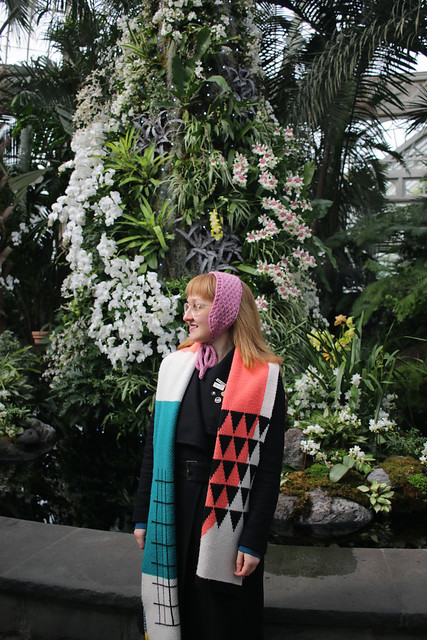