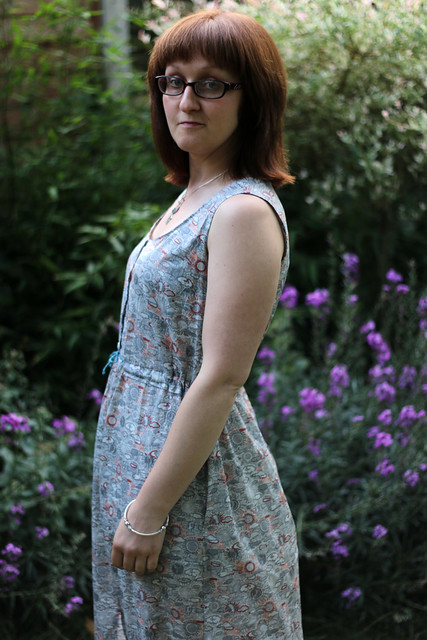 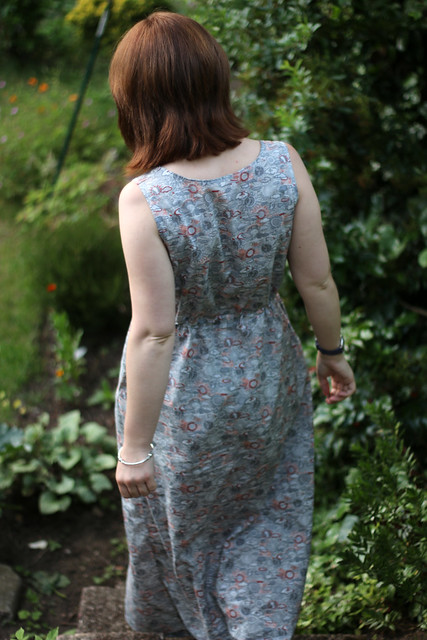 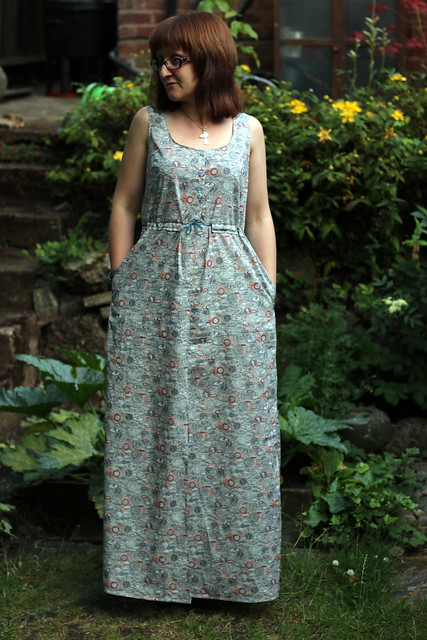 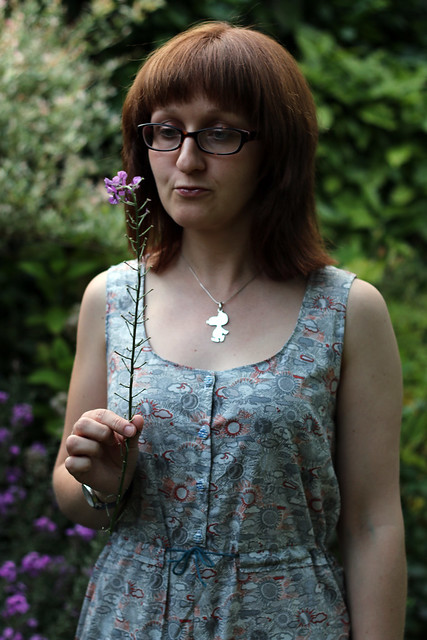 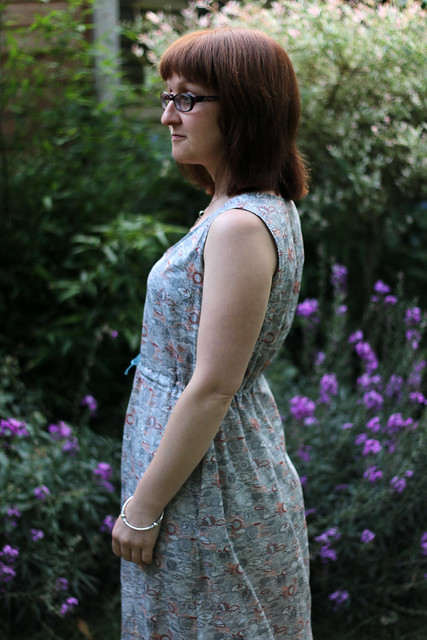 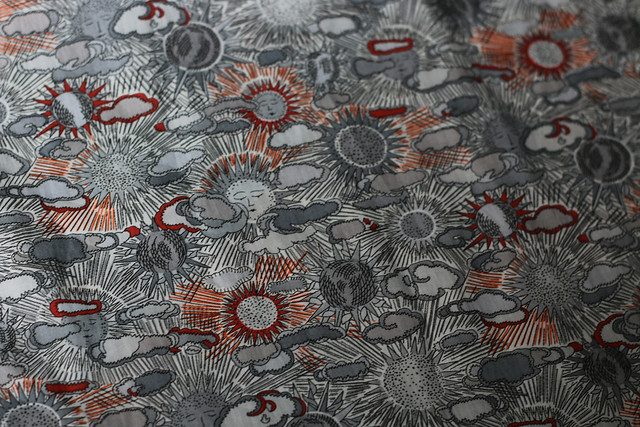 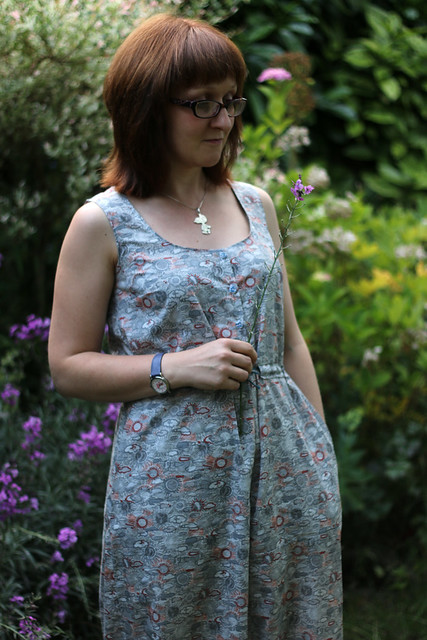 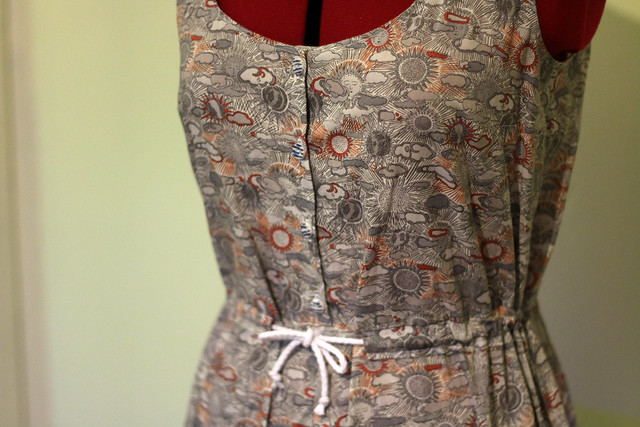 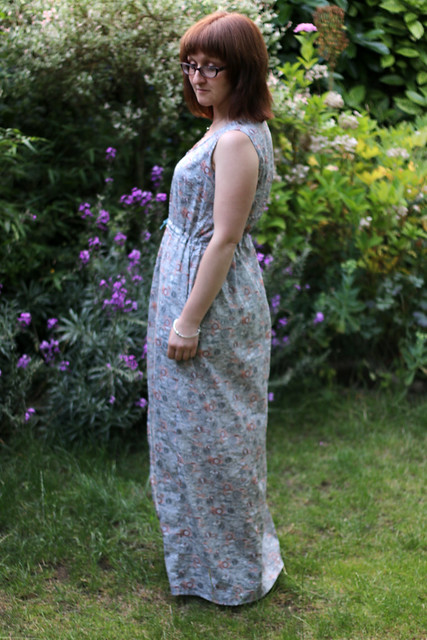 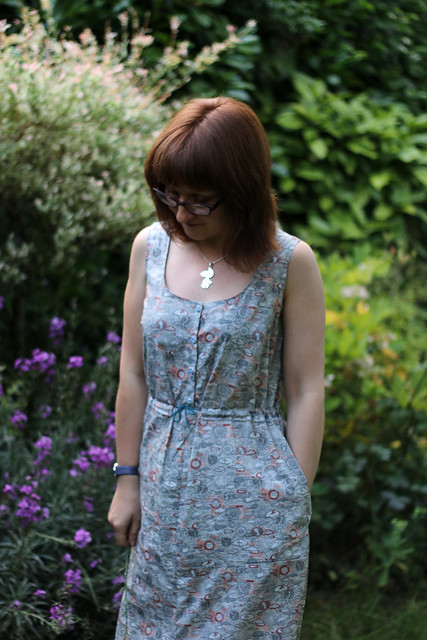 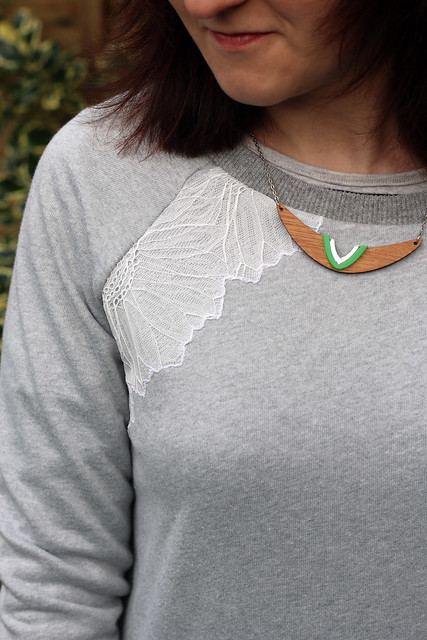 I love a good online event, and I also love the Linden Sweatshirt, so I was really excited to take part in the #lindenswap organised by Carrie and Ingrid.

I was even more excited when I found out that I was paired-up for the swap with Katy of Katy and Laney, as I love Katy and Laney’s blog and have been looking forward to trying out their patterns (Tap Shorts this summer? I think so). 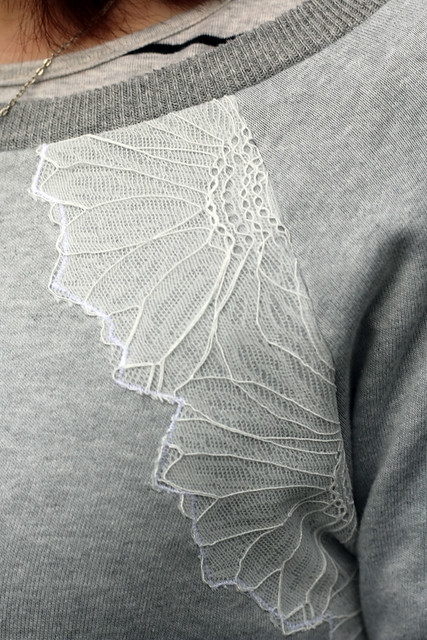 This is the stunning Linden that I received from Katy in the swap. It arrived from New York last weekend along with some much appreciated chocolates:) 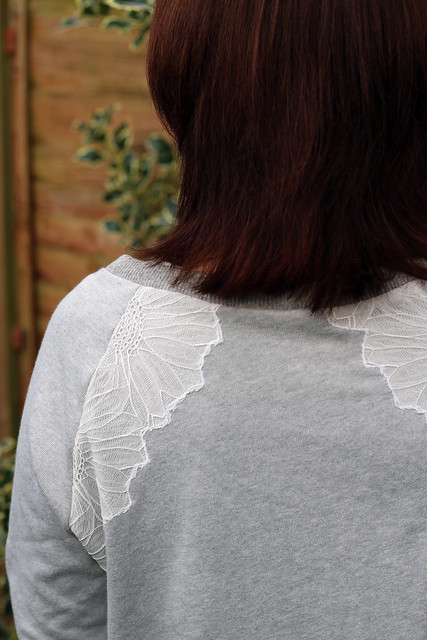 Katy made the Linden in a lovely soft sweatshirt fleece in a pale grey, with a darker grey ribbing for the neckline, cuffs and hem. As you can see, the really cool feature of this Linen is the white floral lace which Katy attached along the front and back sleeve seam. 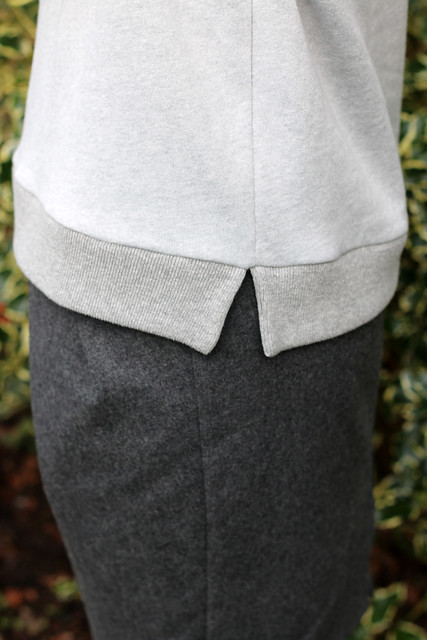 Katy also modified the hem, attaching the front and back hem ribbing separately, which creates a cool v-shape between the two sides. 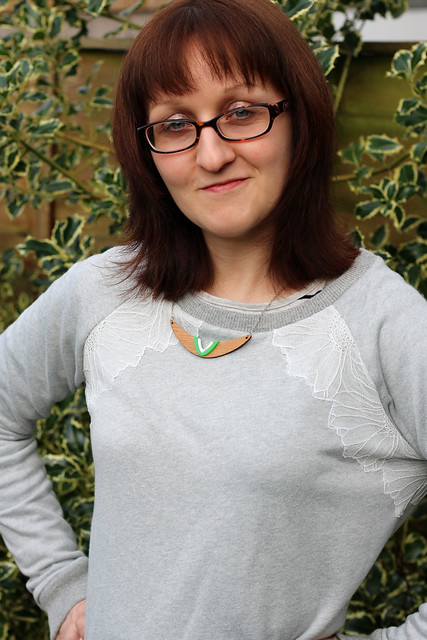 You know what’s even more fun than telling people who admire your jumper that you made it yourself? Telling them that you received it in a handmade jumper swap & it was sent to you from New York! Now that’s a pretty cool ‘how I got my jumper’ story. Thanks Katy! 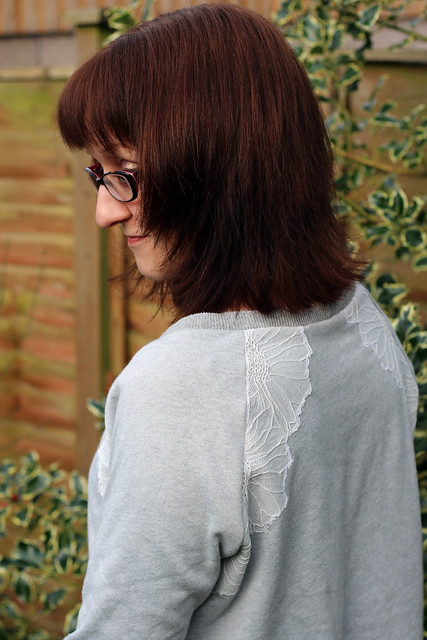 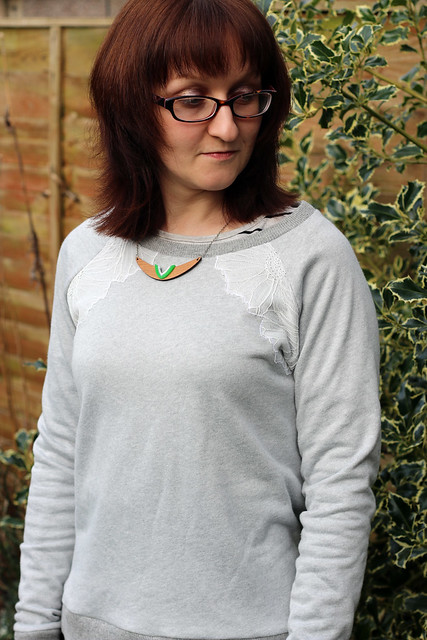 Necklace by Working Clasp. I traded this with the designer Rebecca for one of my pandas when we both had stalls at a local craft fair. 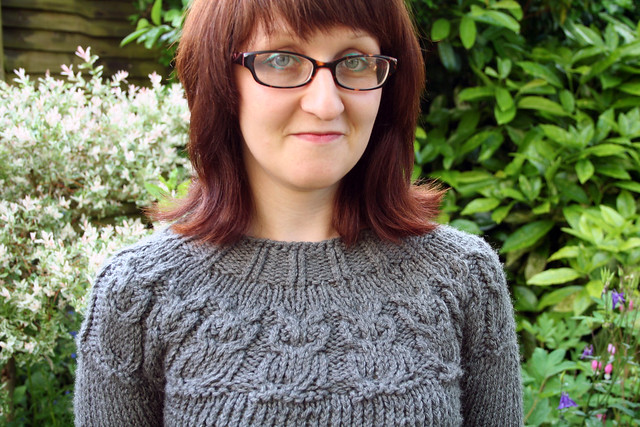 I finished my first jumper! Owls by Kate Davies. This is only my second ever knitting project and I wouldn’t have been brave enough to try a jumper (or anything else wearable) so quickly if not spurred on by Kat and Sabs’ knit-along. 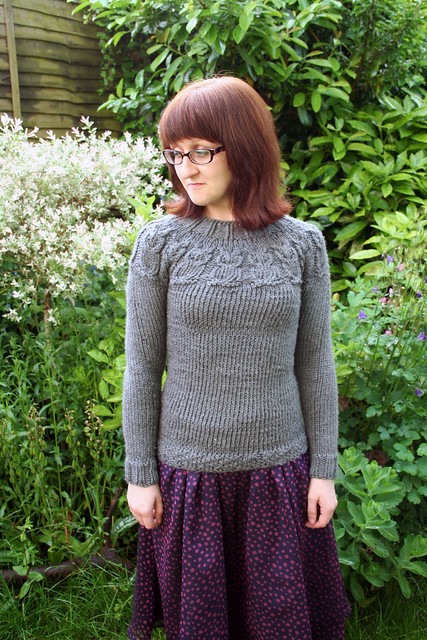 I actually think it was a good early knitting project as I learned TONS making this jumper. It was my first time using circular needles, knitting ribbing, cabling, etc., etc. When I started this project I was finding it difficult recognising individual rows and recognising the difference between the knit and purl side of a piece of knitting and now at the end I feel so much more confident. I’ve already jumped into my next knitting project – Andi Satterlund’s Myrna cardigan. I’d totally recommend Owls to other relative beginners. 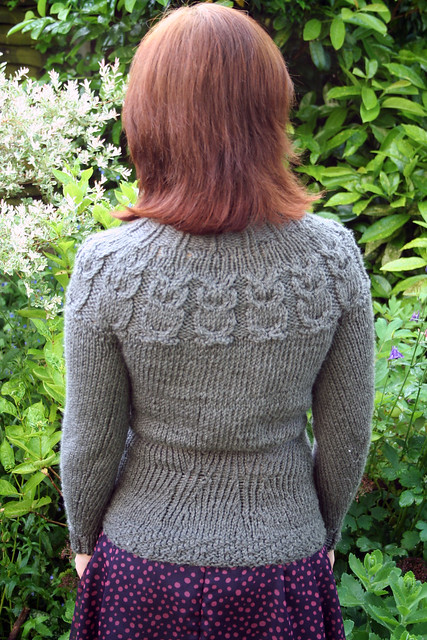 I made a ton of mistakes of course. I spent quite a bit of time unpicking stitches and re-doing things (including re-doing one whole sleeve), but there were also errors I was too lazy to redo. In particular the bottom band… It was my first attempt at ribbing and it definitely isn’t ribbing! I was obviously feeling lazy that day as I left it be. I’d figured out ribbing by the time I got to the cuffs and neckline – I’m looking at the jumper as proof of the learning process:) 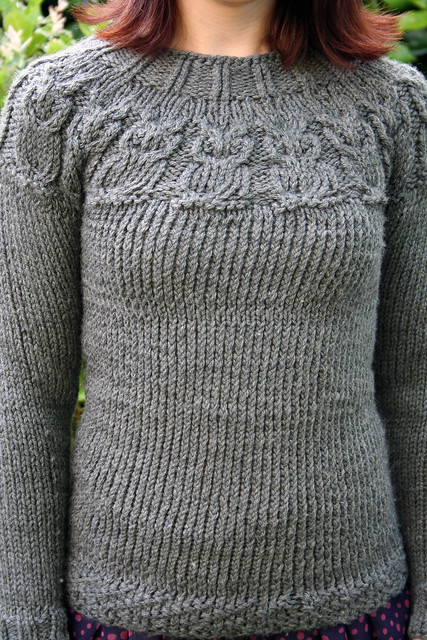 The wool is an acrylic and I think the wool for the whole project cost less than £10. I decided not to attach button eyes to my owls. I bought 32 tiny buttons from Birmingham Rag Market but decided I liked it without. I’m looking forward to seeing the other Owls knit as part of the knit-along:) Ok, on to Myrna! 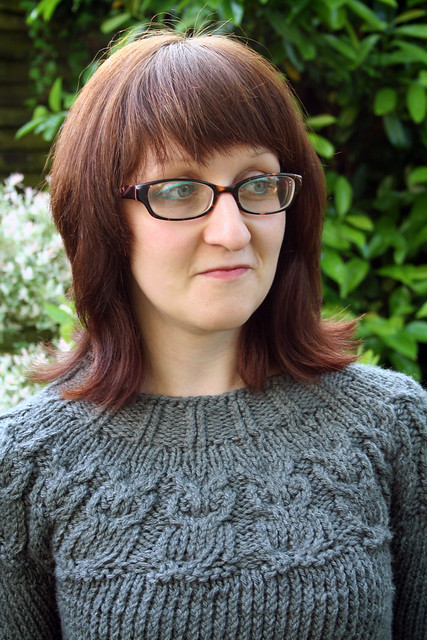