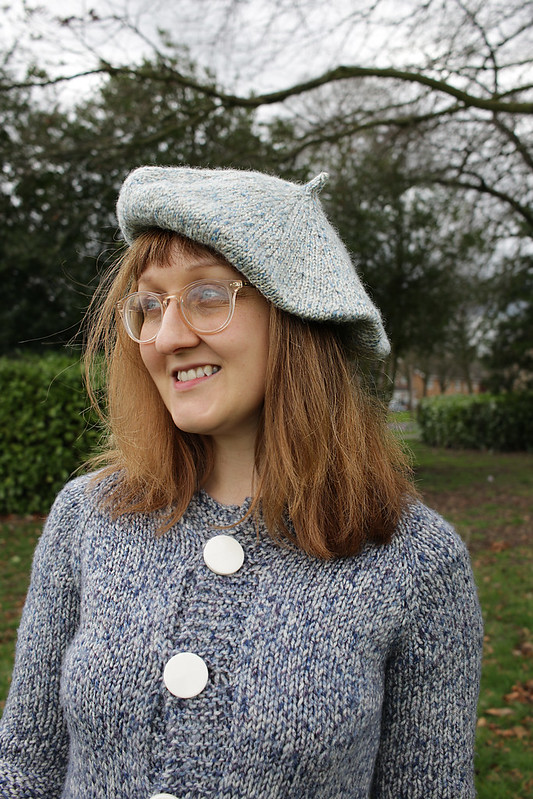 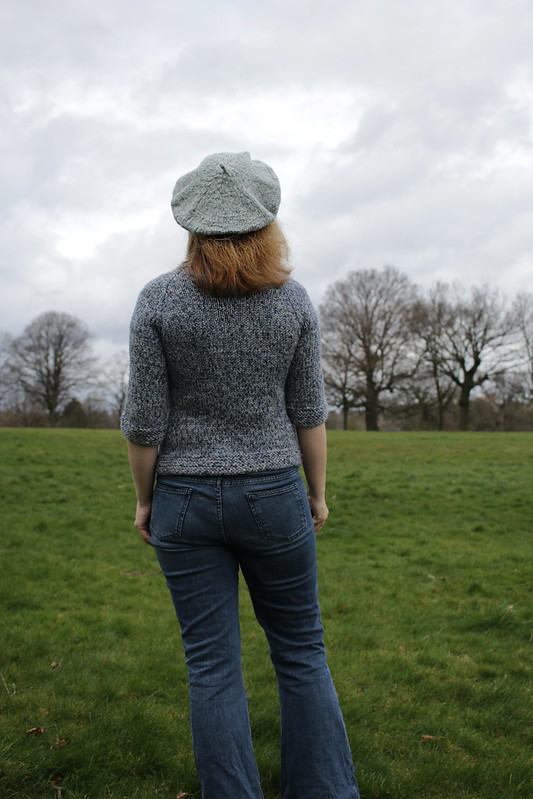 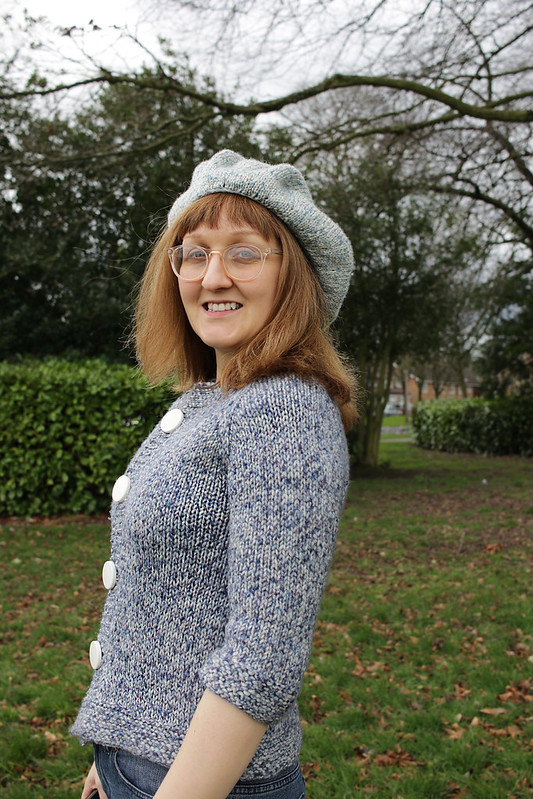 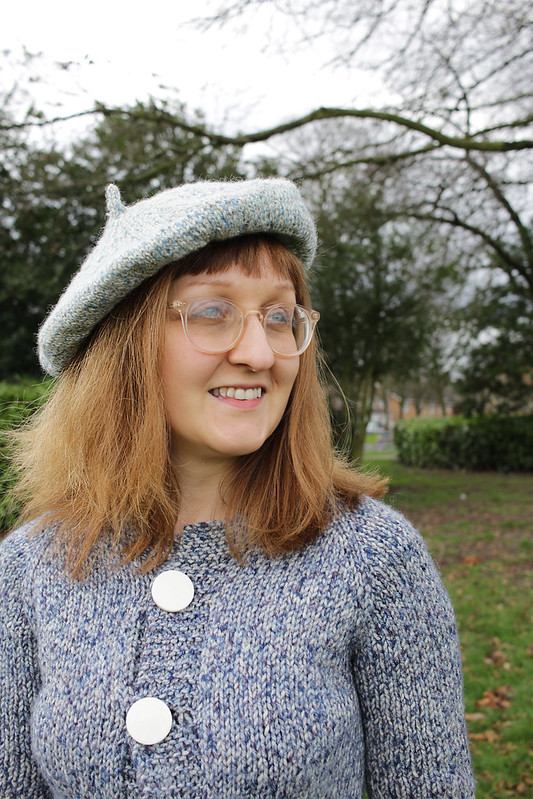 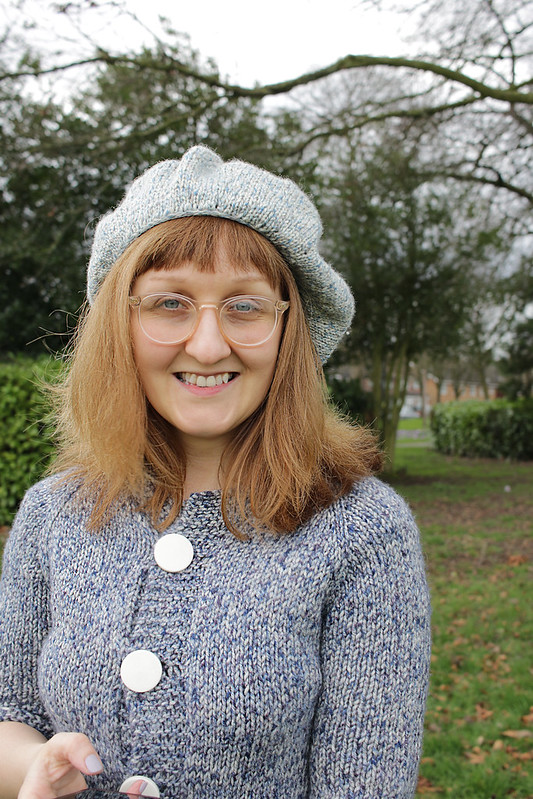 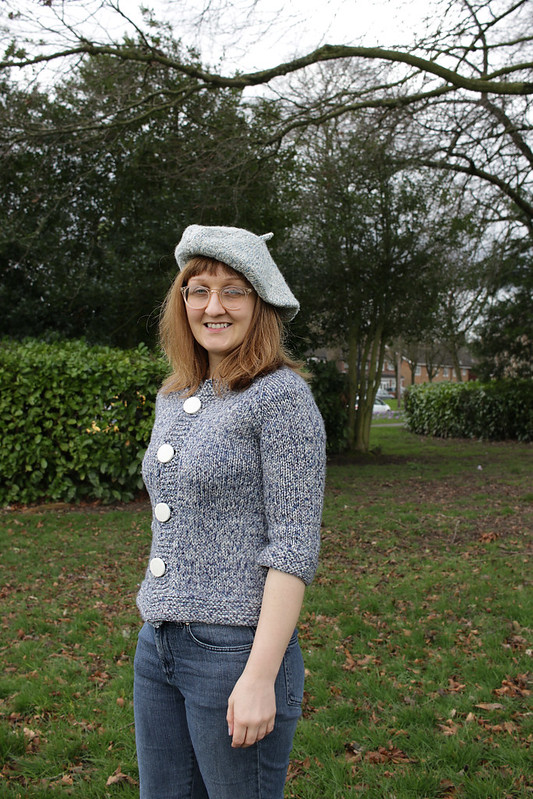 Having done very little knitting last year after a couple of dissatisfying projects, I had a really productive few months over Christmas and into the start of the new year. One of the projects I completed was this Trail Jacket, by Hannah Fettig (Knitbot). I finished it shortly before leaving for a trip to New York in February, and I bought and attached the buttons while on holiday. These pictures were taken a few days later while visiting the Museum of the Moving Image (see picture with muppet below!).

I bought the pattern in 2016 and the yarn (West Yorkshire Spinners Croft Yarn in Boddam colourway) from BritYarn (RIP) in 2017, so I’m glad to finally bring the jacket to fruition. The yarn is aran weight and the pattern easy to follow so the jacket knits up really quickly.

I don’t have much of a yarn stash. I have the odd ball brought back from a holiday, leftover odds and ends, and a few more substantial amounts of yarn bought for a project, such as this, which it has taken me longer than expected to get around to knitting. I’m hoping to work through those project-quantities of yarn this year, and then buy yarn as I’m ready to knit with it. We’ll see how I do. The same is NEVER going to happen with fabric/sewing patterns.

My button placket isn’t the neatest (I had to position the buttons quite far across in order for them to sit centrally once fastened), but I know I’ll wear this jacket loads. I definitely wear knitted cardigans/jackets more than sweaters, since they can be worn as a layering piece year ’round. I really like the cropped sleeves (although inevitably they want to ride up when I put a coat on), and I love the specked ‘tweed’ effect of the Croft yarn, which is made with 100% Shetland Island wool.

The next project I’ve started using my existing yarn stash is a hap in lace weight yarn so I’m expecting that one to take quite a bit longer than this jacket. Wish me luck in keeping on track!