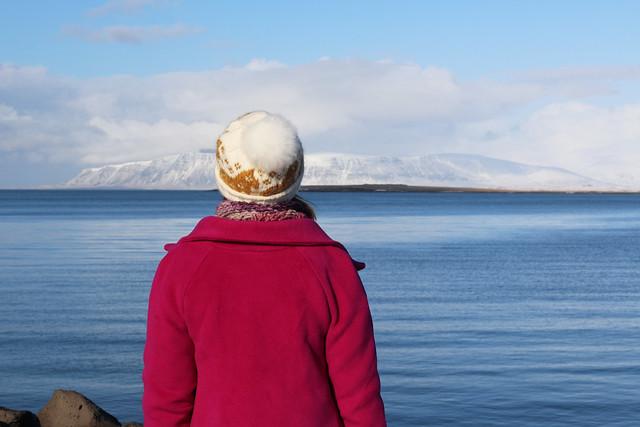 As you’ll know if you follow me on instagram (I may have gotten carried away posting photos!), I’ve just returned from a holiday in Reykjavik, New York and Boston.

I made four new items for the holiday (one of which I was hemming as we waited for the cab to the airport…) – Closet Case Files Clare Coat, Paprika Patterns Zircon Sweater, a Karusellen hat, and Cecelia Cowl.

I’m going to talk about the knitted items in this post, and follow up with a separate post about my Clare Coat, but it’s also pictured in the images below, all of which were taken in Reykjavik. 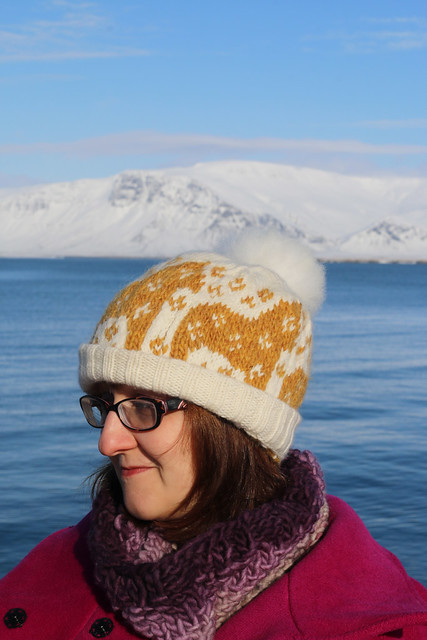 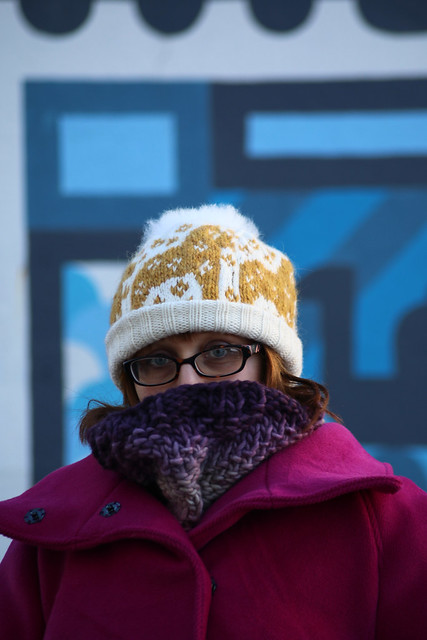 My hat is the Karusellen pattern by Erica Knits from Pom Pom Quarterly Autumn 2015, which was a particularly awesome issue of the magazine. I used stash yarn – the white is a leftover skein of John Arbon Textiles’ organic Falklands Merino from my Lesley sweater, and the mustard is Ístex Álafoss Lopi in Golden Heather which I bought when I visited Sweden last year. That yarn combination means that I made a British and Icelandic yarn hat for my trip to Iceland – could not resist;)

The pom pom wasn’t from my stash; I treated myself to an alpaca fur pom pom when I visited TOFT recently to attend a crochet workshop. 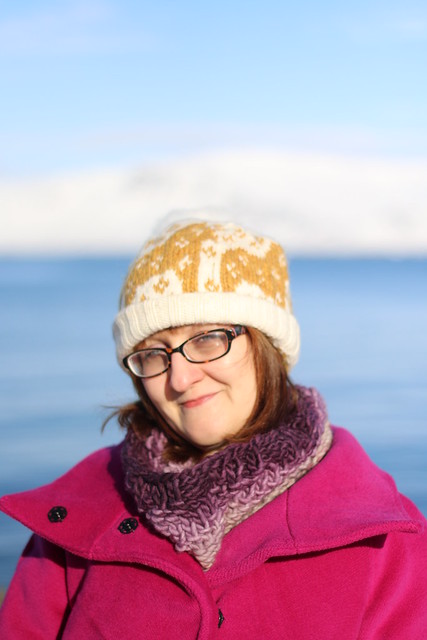 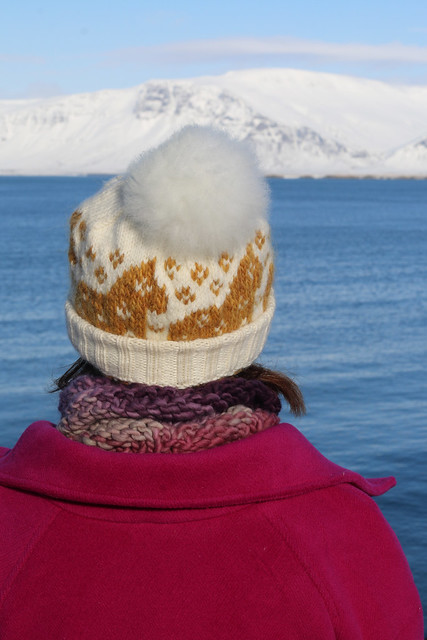 The hat pattern includes two sizes; I selected the larger size based on my head measurement but it’s actually a little bit big. I have the brim folded double here in order to fit, but it does mean that the horses hooves are slightly hidden.

I was worried about my knitting ending up too tight as a result of the colourwork so kept my colour floats quite loose, which may be the cause of it ending up slightly big. 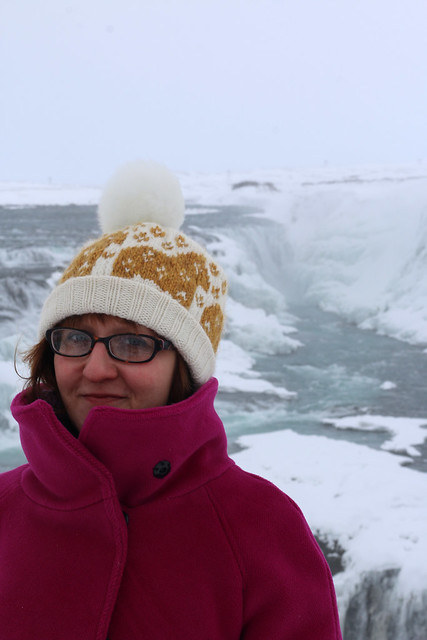 The cowl is the Cecelia Cowl by Rachel Atkinson for Loop London. The pattern is designed to use one ball of Freia Ombré Super Bulky. I chose to use the Amaranth colourway as I thought it would complement my coat, without being too close a colour match.

The yarn isn’t cheap, but given that only one ball is required for the project I decided it was justifiable. I’ve already managed to leave this cowl behind in a cafe in Boston, but was able to go back and retrieve it the next day, so I hope I don’t lose it too soon (never is probably too much to hope I think!). 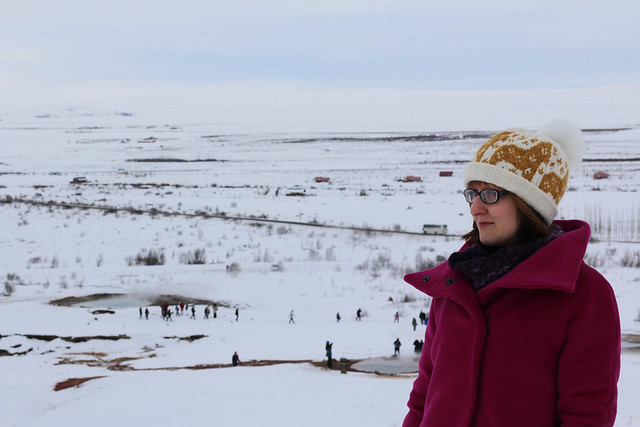 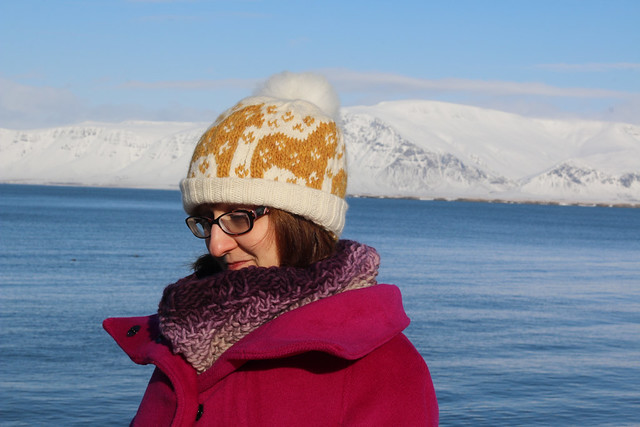 The cowl is a really quick knit; I stated it on the flight from Birmingham to Reykjavik, and had completed and was wearing it when I got off the plane. 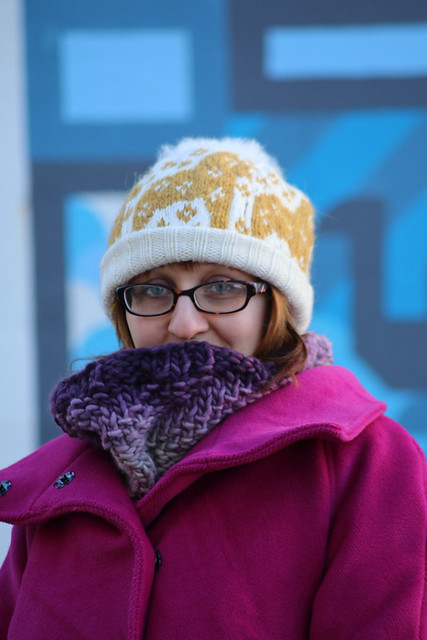 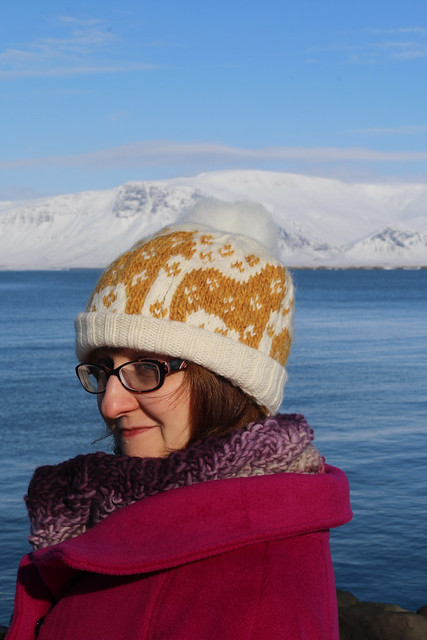 As you can see in these photos, Reykjavik is beautiful. It’s very expensive, but happily yarn is cheap! I bought yarn to knit the Stopover sweater, from the Handknitting Association of Iceland store in the city centre. The store stocks a wide range of Istex lopi yarns, including colourways unique to the store, and the Love Story lace-weight yarn by Hélène Magnússon. I ran out of time to visit the Alafoss Mill store but it’s easily accessible via bus and has even cheaper prices. 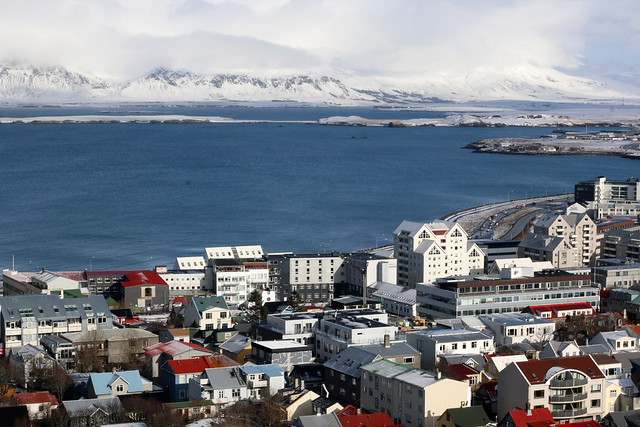 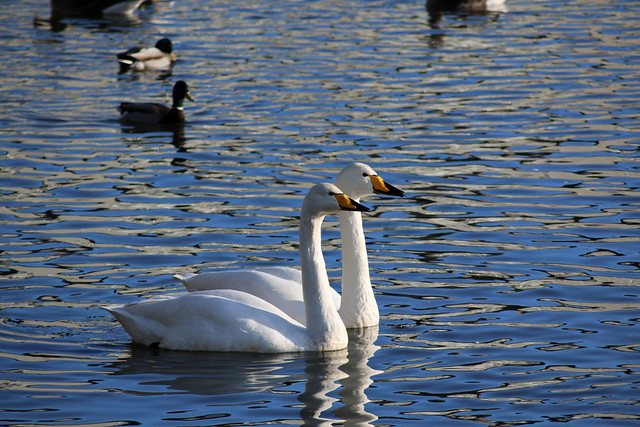 We spent one day on a golden circle tour which we really enjoyed – particularly watching the geysers erupt at Geysir, something they’ve been doing 10,000 years. The tour ended at Laugarvatn Fontana spa, which was very nice on a particularly cold day. 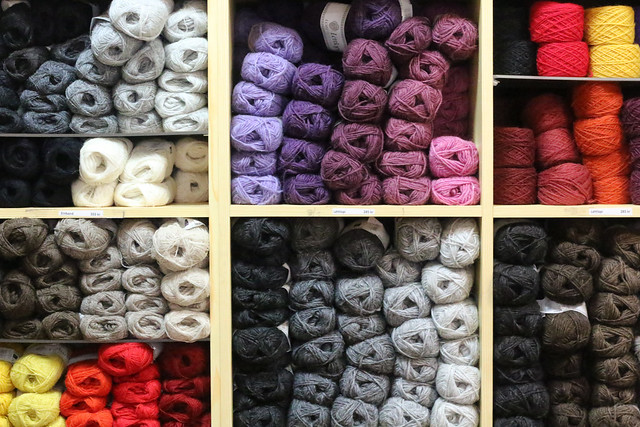 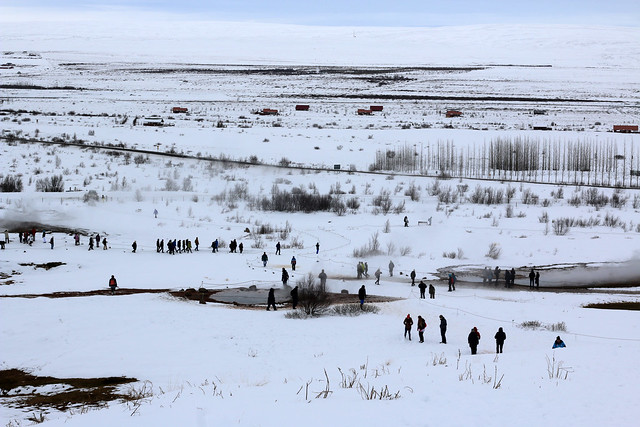 In town we particularly enjoyed the National Museum (which includes historic embroidery, and spindles), the Tjornin Park which is a great place for swan stalking, and the Mikkeller bar as a perfect spot to spend the evening. 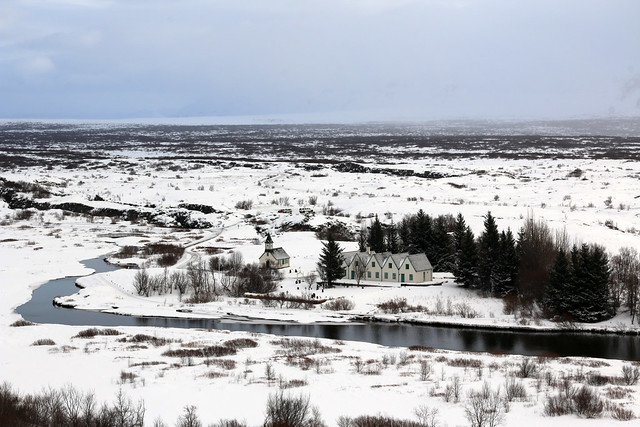 Info on my Clare Coat, and on our trip to New York and Boston next! 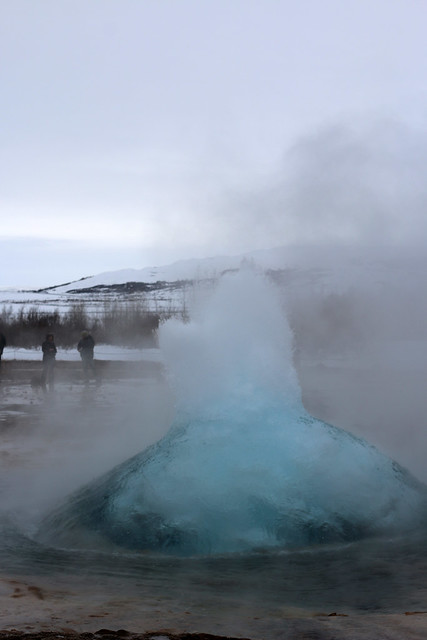 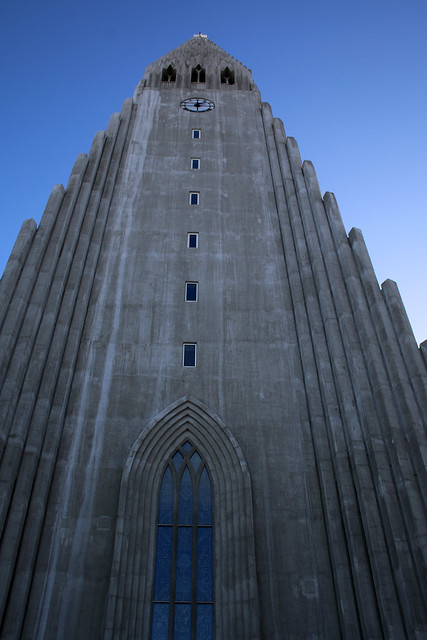