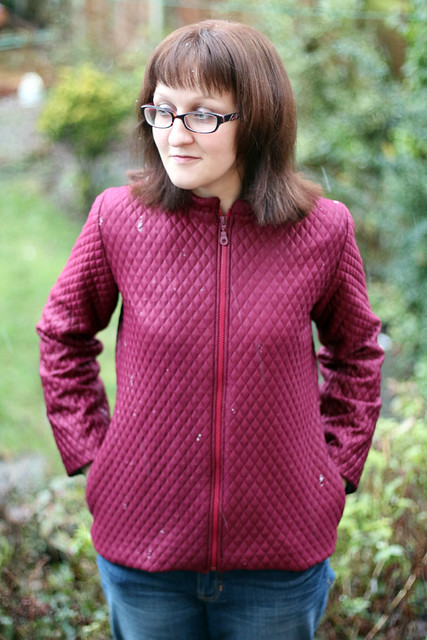 I did the insane blogger thing and took these photos outside while it was snowing (not very heavily) today. I spent the day faffing around and left it until the last 30 minutes of daylight to get these pictures – roll on spring and decent daylight hours! The photos were taken on the patio just outside our garden door, as Phil sensibly stood inside the house and took these photos through the doorway, while I stood in the snow! Smart man.

This is the Blocked Quilting Zip-up Jacket from Basic Black: 26 Edgy Essentials for the Modern Wardrobe by Sato Watanabe, made in size small. 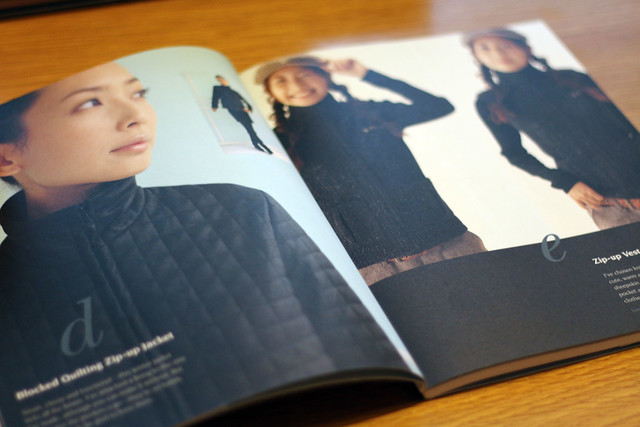 The pattern doesn’t include instructions for quilting the jacket, instructing you to use a quilted fabric, which is what I did. I bought my fabric from Barry’s. The fabric is actually slightly stretchy and is a bit lightweight for a jacket (you can see it stretching in some of the pictures below) but with a lining it’s just substantial enough. The fabric also pulls easily, I had to be careful pinning it during construction, so it may not last too long without getting caught on something… 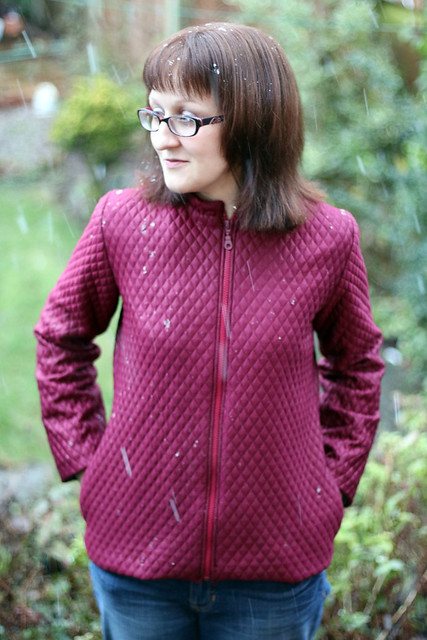 The book includes fairly brief written instructions (6 steps for this jacket), but most steps are illustrated, often with multiple illustrations, so you’ll get on better with the book if you’re a visual learner.

The only changes I made to the pattern were reducing the width of the shoulders slightly, and reducing the height of the collar, as I initially found it too high and knew I’d never do it up. 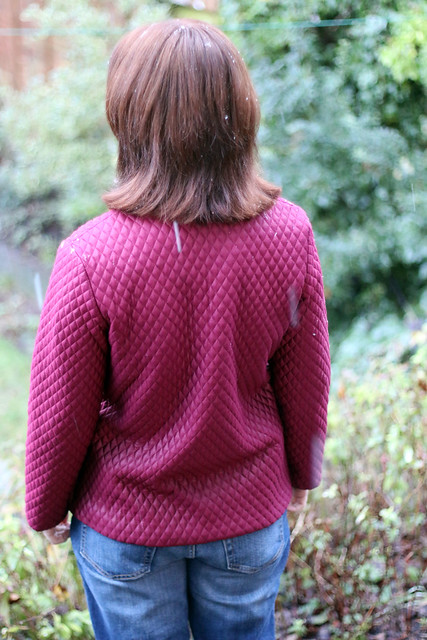 The patterns included in the book are provided on two pattern sheets. Pattern sheets are double sided, and pieces are overlapped, so patterns need to be traced. The major pieces for each pattern are included, although seam allowances aren’t included and need to be added on; for simple shapes (i.e. squares and rectangles) the book instead provides measurements. For the lined clothing items, including this jacket, the book doesn’t include separate pattern pieces for the lining, but provides instructions on how to re-size the main pattern pieces. Measurements are included in centimeters and inches – which is helpful for someone like me who chops and changes between both systems! 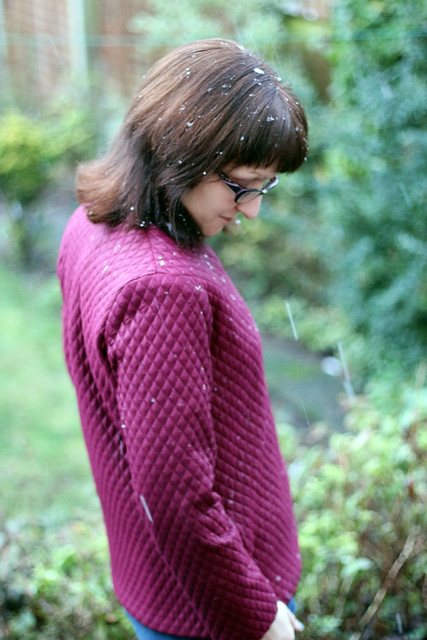 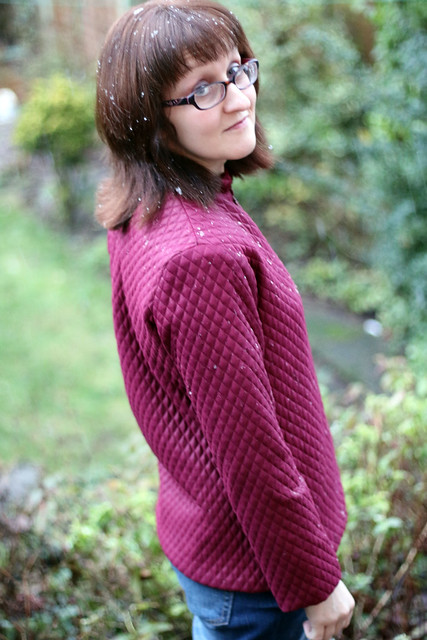 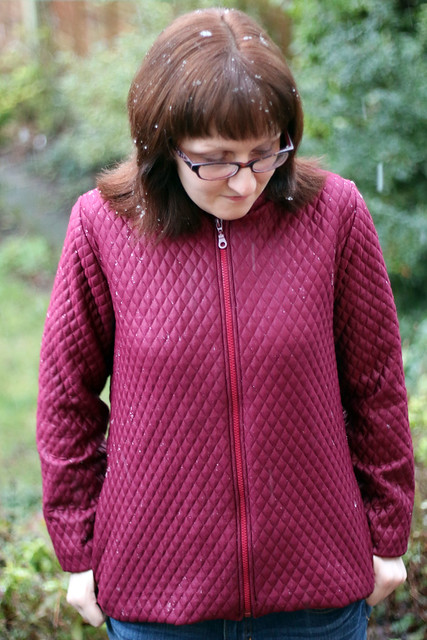 The theme of Basic Black is clothes made in black fabric (which I obviously ignored when I picked my own fabric!). With such a broad theme, the 26 patterns included in the book cover quite a wide range, from simple tops and skirts to jackets, shirts and coats. 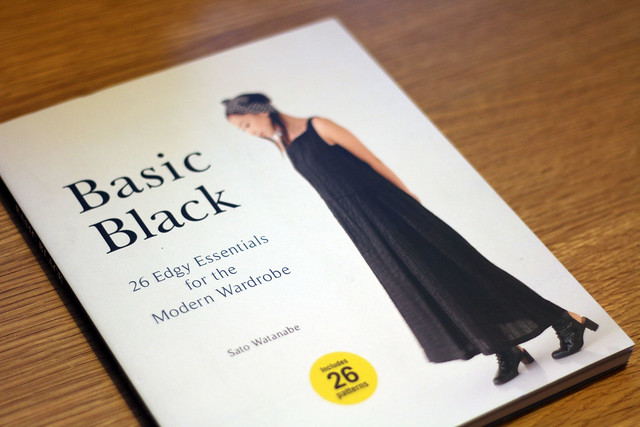 The biggest disadvantage of picking black clothes as a theme is that black is difficult to photograph. The book does suffer from this a little, as it’s difficult to make out the more intricate details on a number of outfits. 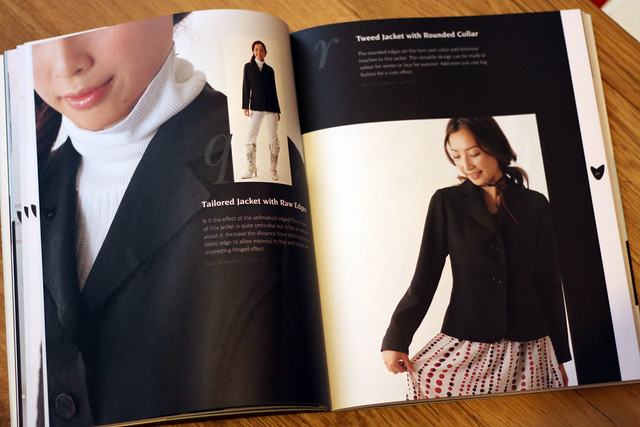 Patterns are included in four sizes (S, M, L, XL), and only a finished size chart is included. It would be worth checking that one of the four sizes will be a decent match for your measurements before ordering the book, although a lot of the patterns have a looser silhouette which allows for a little leeway. 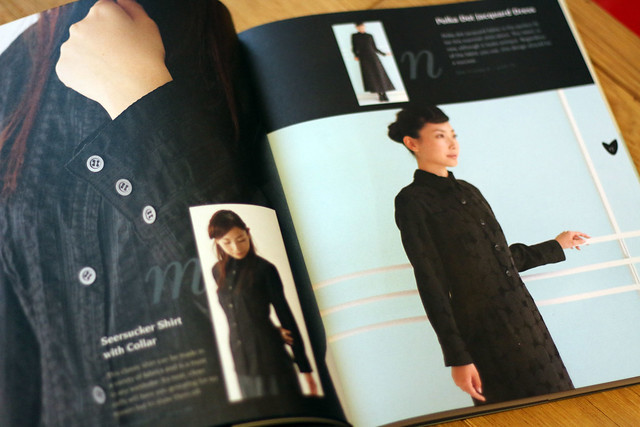 I was impressed at the number of more complex patterns included, including coats (2 patterns), jackets (3), and shirts (3). The book also includes a pattern for a coat dress and a simple Cheongsam, although this is unfortunately one of the patterns where it is difficult to make out the details in the photo. 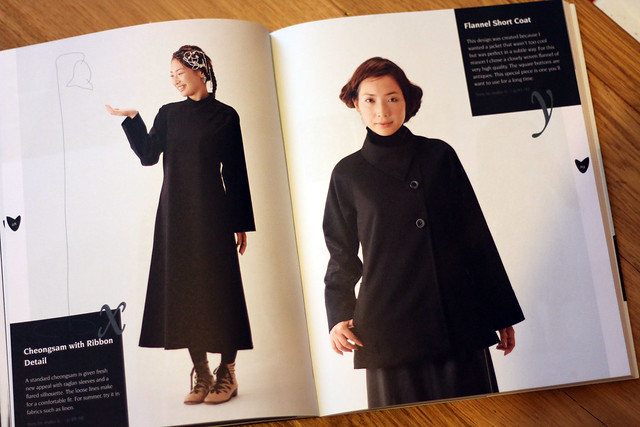 I also love the final pattern in the book, this gorgeous raglan coat. 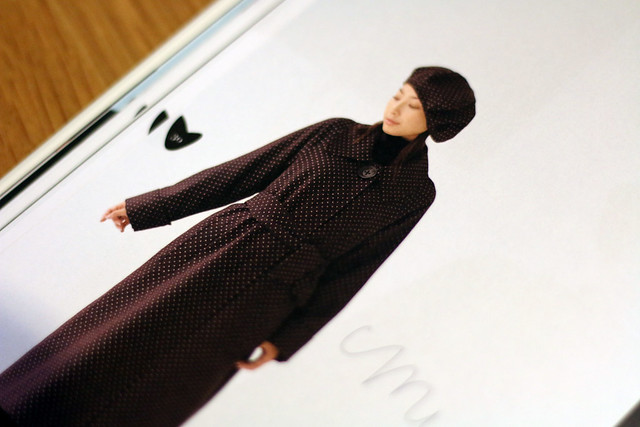 Disclaimer: I was provided with a free copy of Basic Black in exchange for a review; all opinions expressed are my own. Post contains an affiliate link.