With 2018 drawing to a close, I wanted to write a round-up of what I’ve been up to in the last year. 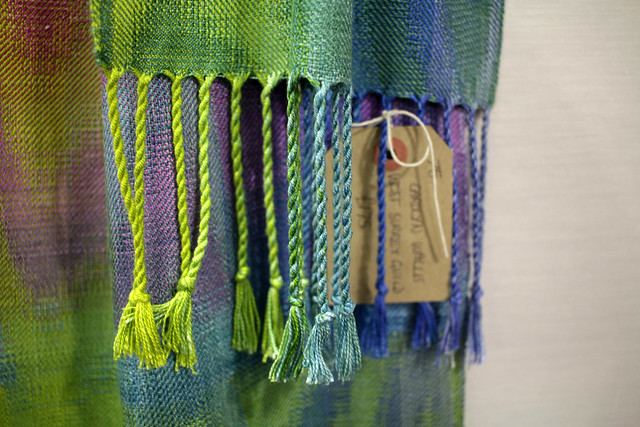 I’ve continued volunteering for the Association of Guilds of Weavers, Spinners & Dyers, managing their social media channels and monthly newsletter. It’s an organisation I love being part of, despite personally doing minimal weaving, spinning or dyeing. In the same way that being part of the sewing community introduces me to a wider community of women, being part of the Association allows me to be part of a different community of fascinating, talented women, I otherwise wouldn’t interact with. This year I attended the Association’s biannual National Exhibition for the first time, next year I will be attending the summer school (my first-choice is a week-long course in weaving tweed and tartan), and in 2020 I plan to submit a small (un-juried) piece to the next National Exhibition. 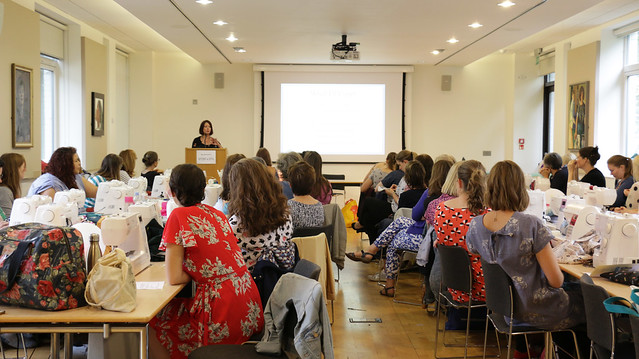 I (jointly) organised the third Sewing Weekender (with Kate & Rachel from The Fold Line), and the fifth SewBrum (with Lauren Guthrie) in 2018. Both events were the biggest yet, and it’s really positive that people continue to want to attend, that this community continues to grow and that it continues to be supportive despite that growth. For the first time ever I even managed to make a new dress to wear to each of the events! I was adamant that I wasn’t going to let being busy stop me from attending other events in the sewing community this year, and I made it along to (and thoroughly enjoyed myself at) Sew Up North, the Sewcialist Soiree, and Birmingham-based meet-ups including Brummie Yarn Social. 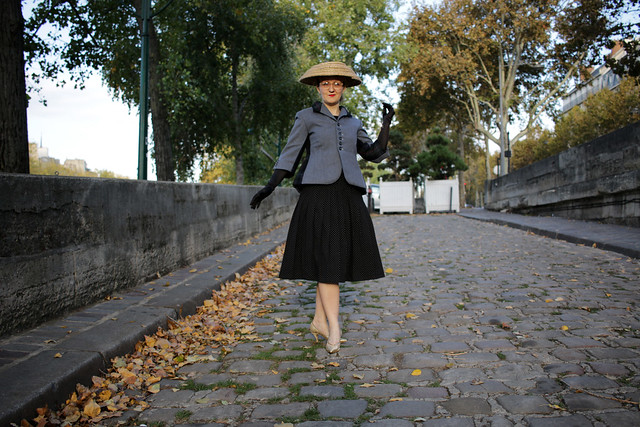 I participated in the Refashioners for the second time (the first time was in 2015), and won the runner-up prize for an outfit inspired by Dior’s Bar Suit, which was my most involved sewing project to date. Phil and I visited Paris to get photos based on my inspiration image (we also holidayed in Vietnam, Majorca, Lulworth Cove and Skegness this year). My entry for Tilly & the Button’s Sew a Xmas Sweater Competition was also based on an inspiration image, Vera Ellen’s dress at the end of White Christmas. Back in April, I celebrated Fashion Revolution Week by making a screen-printed tee, which was one of my favourite garments this summer. Finally, in December I participated in two Christmas swaps (Bombazine Mitt Swap & Sewing Secret Santa). 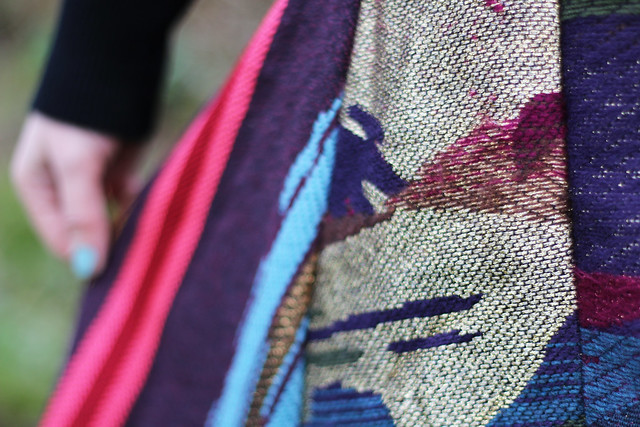 In December 2017 I started using the Cora App to catalogue my fabric and I’ve kept it up all year (with a few gaps where some retrospective cataloguing was required). Cataloguing my fabric inspired me to take part in MakeNine for the first time in 2018, and to finally sew with patterns and fabric I’ve had in mind for ages. I’ve only made a smallish dent in my MakeNine plans so far (simply because I don’t sew as fast as I plan), but the intention to not forget patterns released (and fabric purchased) in previous years remains, and I did sew with my stash of Mahlia Kent remnants, built up over a couple of previous trips to Paris. 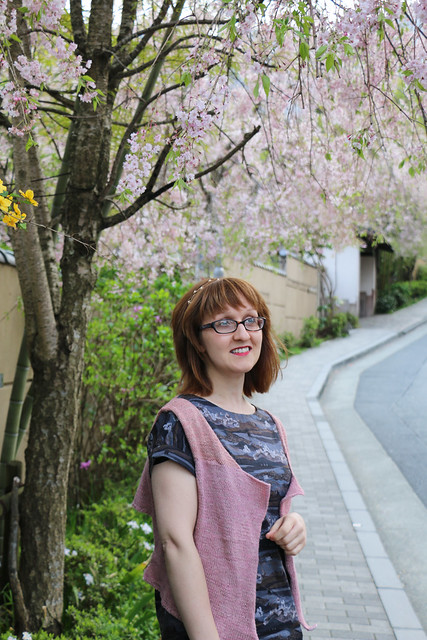 I’ve had limited success with my knitting this year (I’ve done less knitting, and the projects I have finished have had fitting issues), but in the last couple of months Christmas has inspired me to pick up my (circular) needles more regularly, and I’ve finished knitted baubles for our Christmas tree, and a scarf for my mom’s Christmas present. I’m hoping to stay inspired and to successfully complete a larger project for myself in the new year. 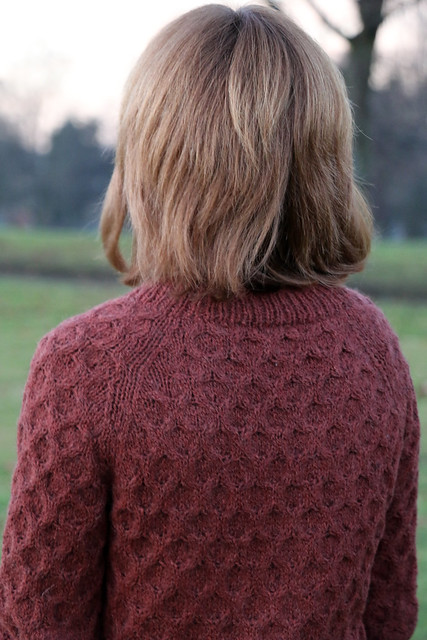 Without me really noticing it was occurring, I’ve become more confident in my sewing ability in the last year or so. My ability to complete my Refashioners’ project was a sure sign to myself that I’m no longer reliant on instructions, or thrown when something doesn’t immediately work as expected. I’ve become more confident altering garments which I’m not happy with, and this year that included significantly altering a knitted garment for the first time, taking the scissors to my Wharf Street Pullover to remove length from the hem and sleeves. 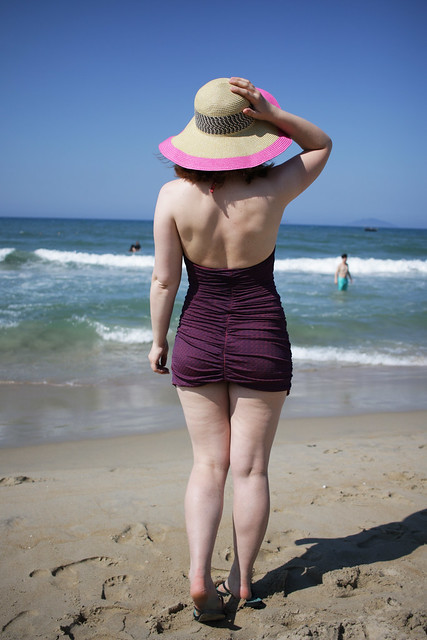 My blog photography has also improved (credit to Phil for this one), and I took the opportunity this year to get better photos of my Bombshell swimsuit, on a beach as opposed to in my garden. I enjoy celebrating garments which have been successes by re-blogging them, like last year when I took the opportunity to do so for my Victoria Blazer, which is still undoubtedly my most-worn handmade garment. 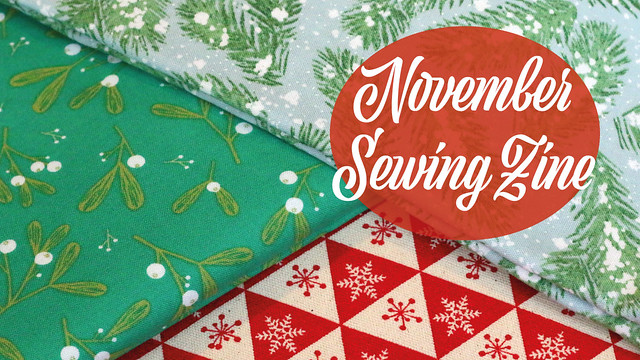 I kept up my vlog in 2018, including a monthly ‘zine’ which I started in September as a way of sharing sewing and knitting related things which interest me, plus a little on my own creative plans. I’ve also kept up a more regular schedule on my blog recently, and I think the blog and vlog complement each other well, with the blog for finished garment and longer posts (such as this), and the vlog for shorter chit chat and recommendations. 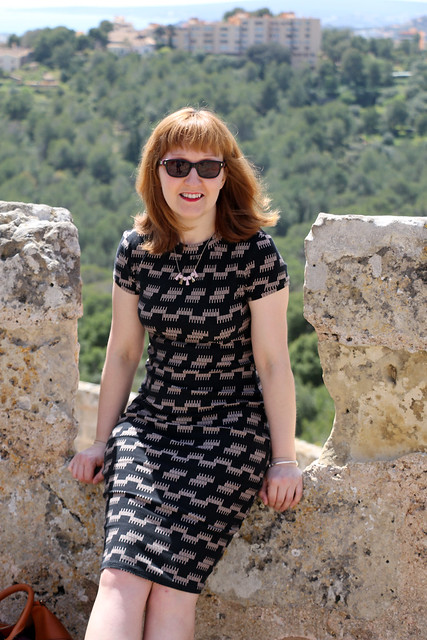 I tend to think that I don’t sew patterns multiple times, but my love for the Sangria, Linden, and Grace patterns continued unabated this year. More unusually, I am sewing a garment for Phil for only the second time ever, making him a coat while I’m off work over Christmas using the Free Sewing Carlton Coat pattern.

I also bought myself a sewing machine for the first time this year (the previous have all been gifts). There’s a story behind the purchase which I’ll save for a second wrap-up post about my personal/work life, as this post is long enough already.

Thank you for reading the blog and Happy Christmas and New Year!