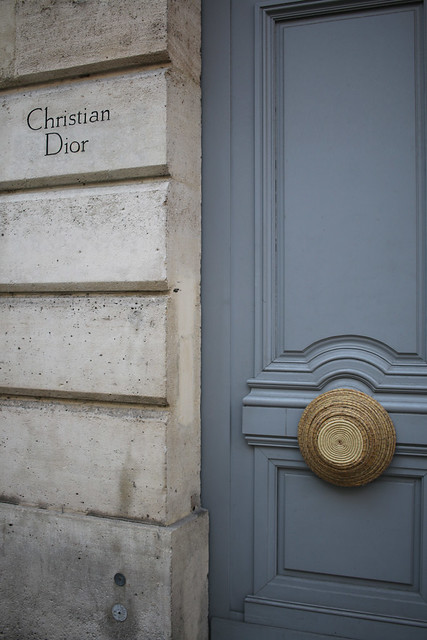 This is my third and final blog post about my outfit for the Refashioners 2018, which was inspired by Dior’s Bar suit, focusing on the process of refashioning a hat.

A number of hats were paired with the Bar suit when it was shown in the 50s, and in photographs since, but I wanted to recreate the hat from the photo which inspired this refashion (more info in my original blog post). 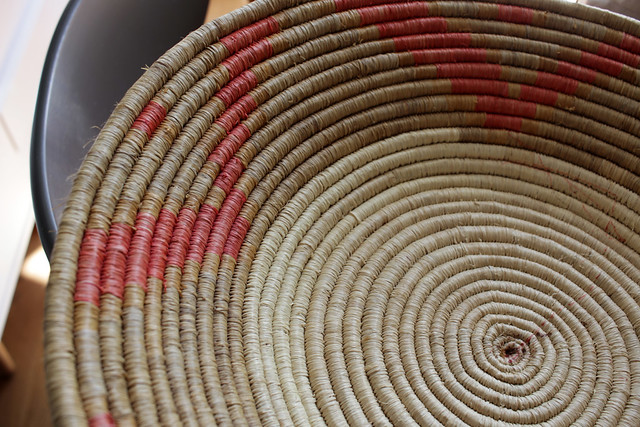 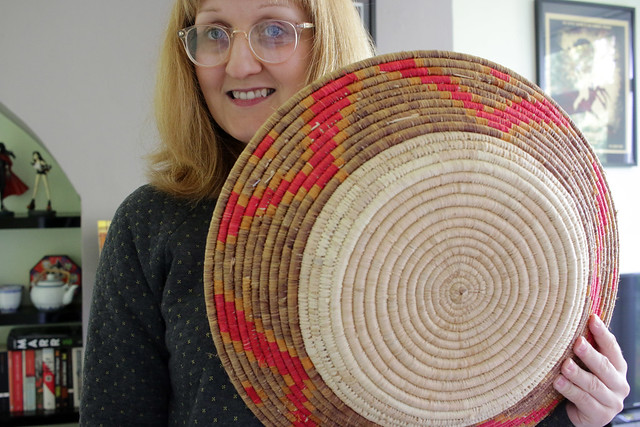 The inspiration hat was made of straw, and seemingly had a flat circular area at the top, and a wide, slightly curved brim. Given the ‘basket’ style of the hat, I decided that my best bet for a second hand material for refashioning was a woven bowl.

I spotted the bowl above in the window of a charity shop while on holiday with my family in Dorset and decided to give it a try. You can see from the images above that the original bowl was too large, flat, multi-coloured, and also far, far too heavy, to be used as a hat without refashioning. 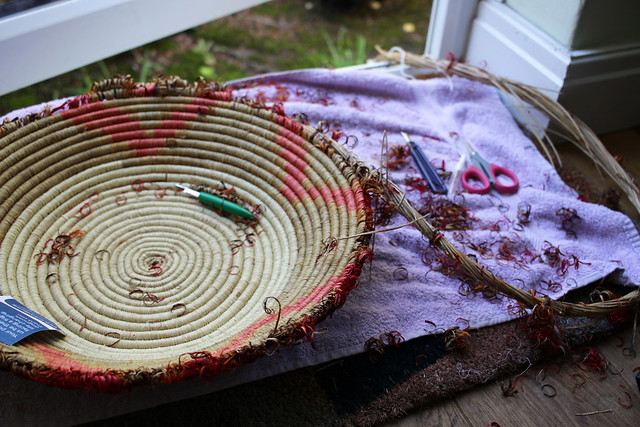 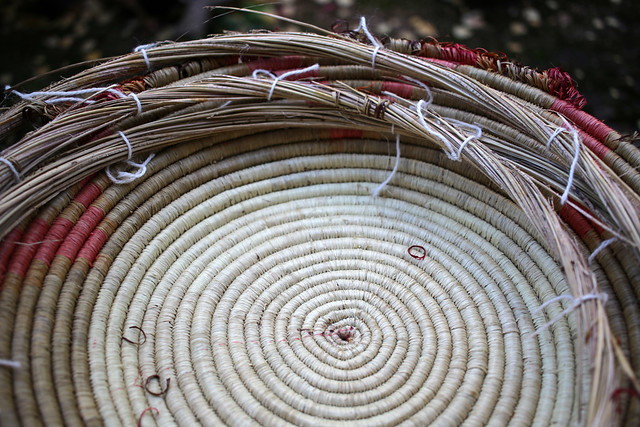 Once home from Dorset, I took a stitch-unpicker to the bowl. A stitch-unpicker was the ideal tool, but due to the thickness of the material I did break at least five before I finished unravelling it. The trick to not breaking the stitch-unpicker was to keep it as flat as possible against the side of the bowl, but it was easy to forget, lift it up slightly and snap the blade.

As you can see in the photos above and below, the bowl consisted of long strands (of straw or similar) which were bound into a bowl shape with lots of small curls of raffia (or similar material). I cut through and removed the curls, released the long strands and loosely tied these together, until I reached a point where I had a small circular base remaining which I thought would serve as the top of the hat. 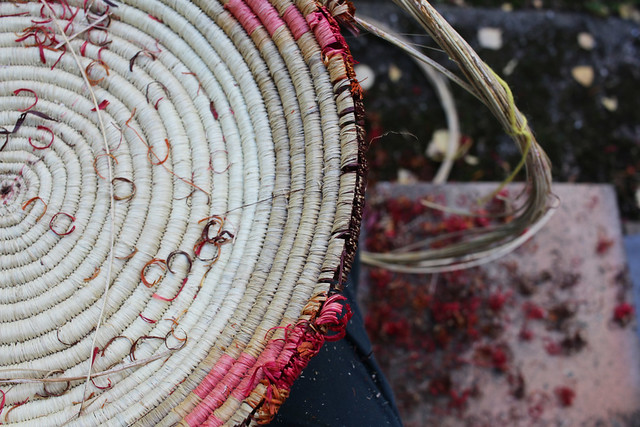 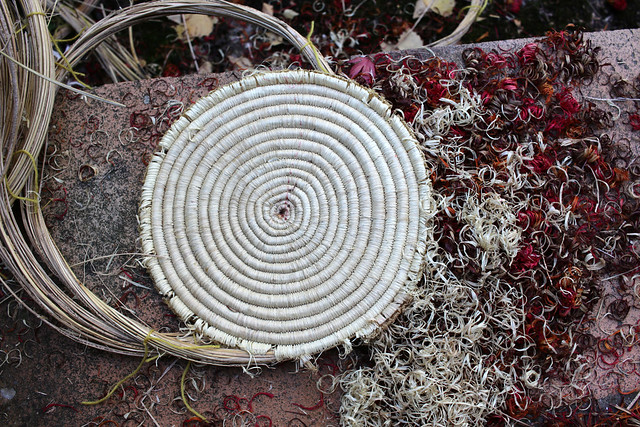 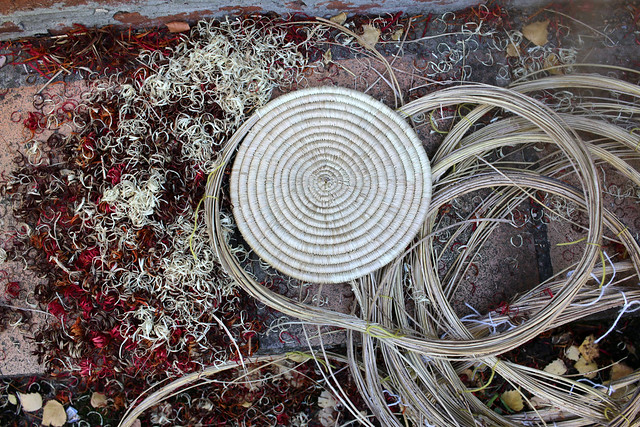 With the bowl sufficiently deconstructed, I bound the long strands with garden twine to give structure and create a long curved material which would form my hat. I then threaded more twine through a knitters needle and used it to sew (through the existing twine) the hat together.

After that, it was just a matter of trying the hat on and altering accordingly; I made a number of tweaks before I was happy with it, including reducing the circumference of the flat circular top of the hat, and removing quite a bit of depth from the bottom. 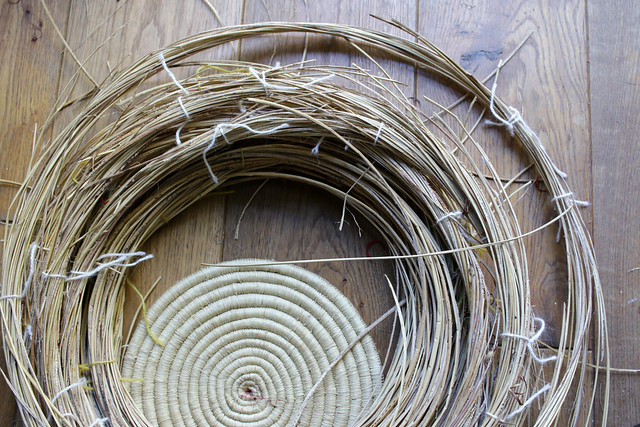 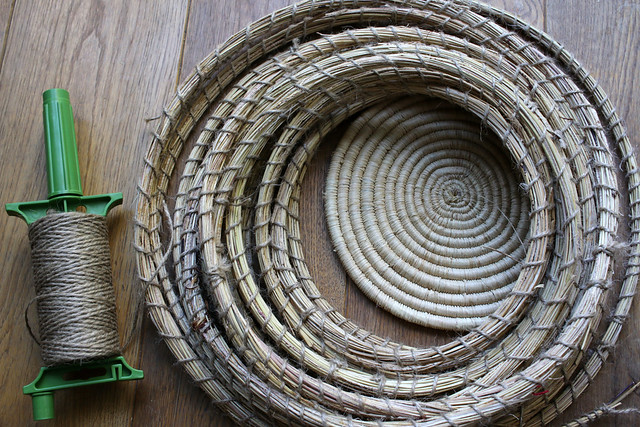 Now that we’re back from photographing the outfit in Paris (photos below), I have put the hat back to work as a bowl (which it still works as, thanks to the flat base)! The jacket and skirt fit into my daily wardrobe, and the shoes and petticoat will also be worn although less frequently. I’m pleased that I was able to make a dramatic outfit, but also that it consisted of components which will get regular use. 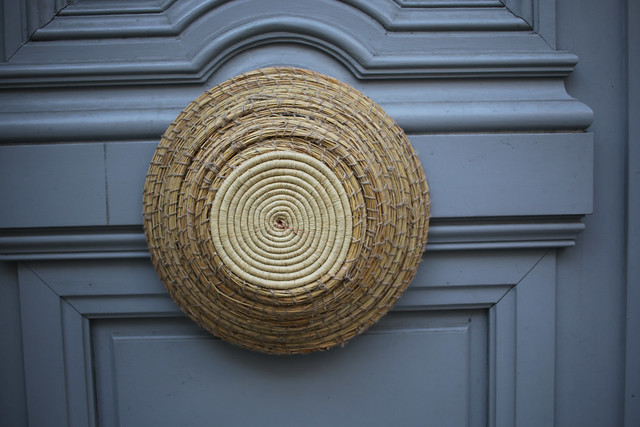 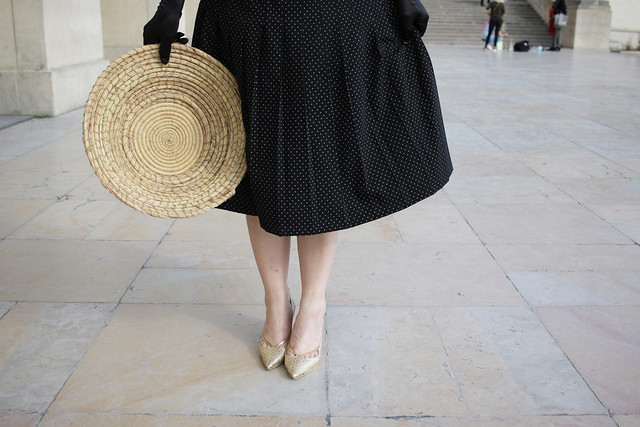 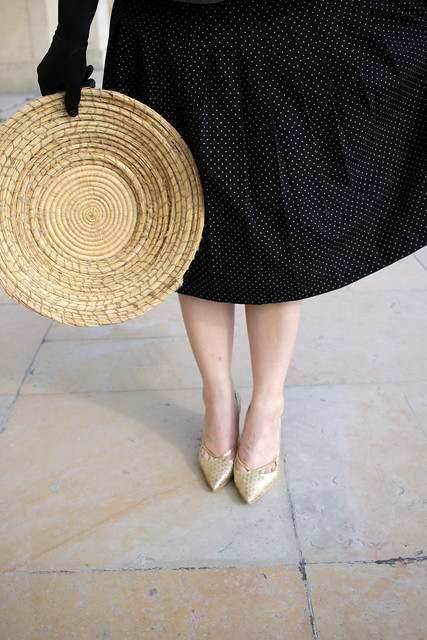 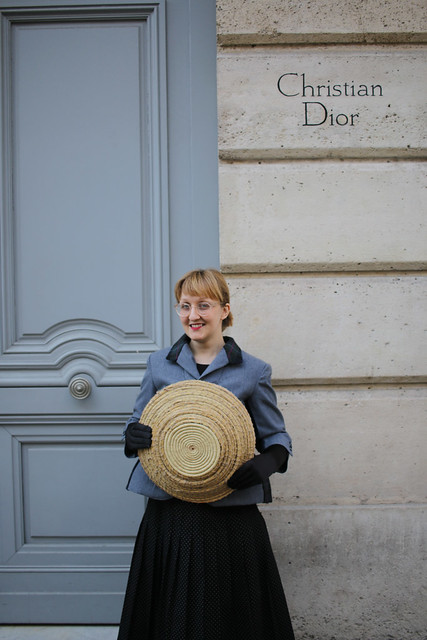