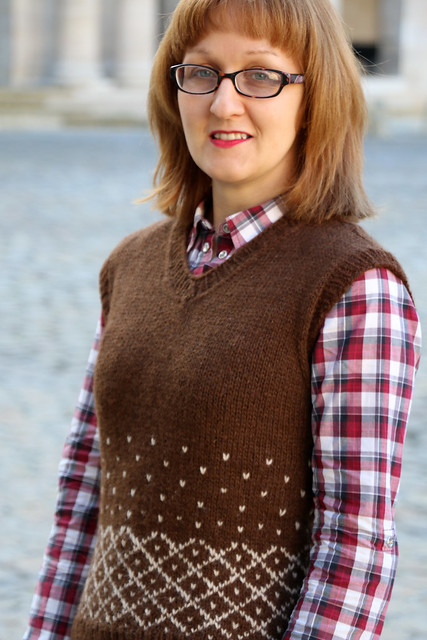 Hoorah, I finally made it back to my blog. A little more on that below, but first a finished knitted garment; the Malachi Vest from Purl Alpaca Designs. 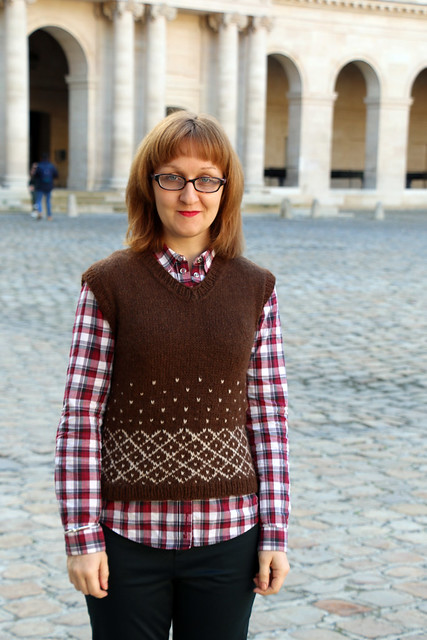 I bought the yarn and pattern for this vest as a kit from Purl Alpaca Designs at Yarnporium over a year ago. This make was a case of falling in love with the product photo. I still want to recreate the whole look, as the model looks sooo good. I used the recommended yarn, Purl Alpaca’s 100% pure alpaca medium yarn in colours Alpaca Earth and Champagne. 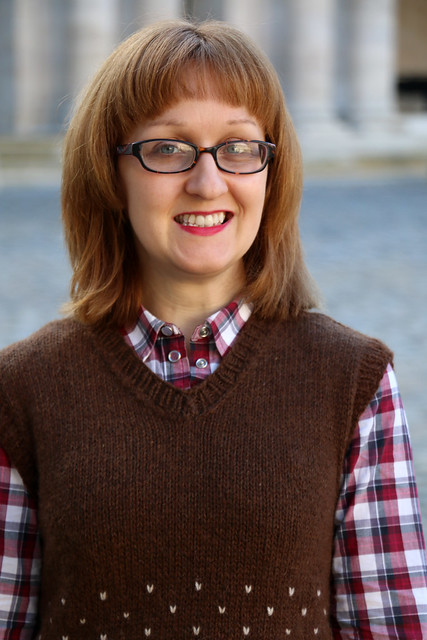 In typical fashion I started knitting this last January, but didn’t finish it until April when it was too warm to wear. I was very happy to pack this vest for a recent trip to Rome and Paris, where I finally got chance to wear it, and where these photos were taken. I’m still figuring out what to wear it with, and (thanks to the product photo) I think I need a white shirt – something my wardrobe is currently missing, ever since I threw out the last RTW one I owned. 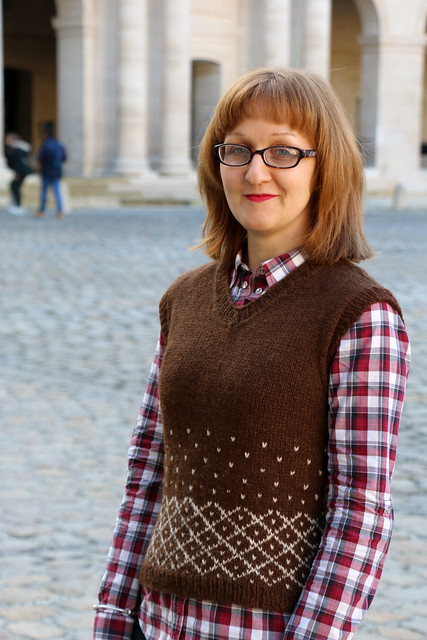 Knitting, along with sewing, blogging, and all of my other hobbies, had fallen by the wayside this year.

A little over six months ago I was asked to ‘act up’ at work and take on a raft of new responsibilities. Although ostensibly a change of role, in reality these responsibilities were on top of my existing job, since the existing work still needed to be delivered. In fact, over that six-month period the workload only continued to expand, and, as that happened, I made the decision to keep on top of the workload by increasingly extending my working days and retaining less and less time for my hobbies. 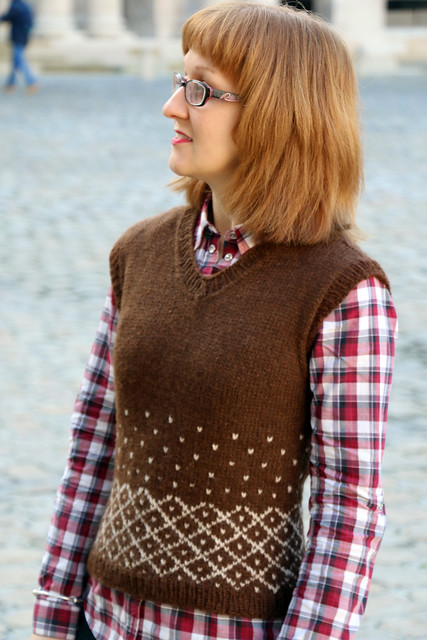 Reducing time for my hobbies seemed a sensible decision; the best way to avoid them feeling like an additional task to tick off a to-do list. However, it also meant that I didn’t participate in things I’ve previously enjoyed (like pattern testing or community challenges) this year, and when the lure of a community challenge (like the Refashioners) or pattern test proved too great to resist, I invariably failed to complete by the deadline.

Those hobby-related activities which did have deadlines, like the Sewing Weekender or SewBrum, were less fun this year than previously. As organiser, half the fun of an event is in the preparation (as the event itself always whizzes by so fast), and if you have very little time for that preparation, and not enough to do as good a job as you would like, it takes away some of the enjoyment – and leads you to rely heavily on others (apologies to Kate, Rachel & Lauren!). 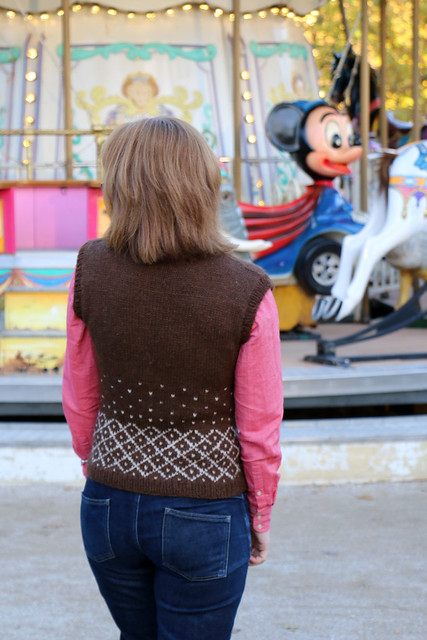 Even trips like the holiday where these photos were taken became less appealing in advance, because when you’re working pretty much every evening you don’t have time to prepare yourself to go away, and are really keen to spend as much time as possible at home.

I was willing to commit time to work over my hobbies for one reason only – I have the best colleagues, who are some of my absolute favourite people, and I assumed by working hard I could make some positive changes which would benefit all of us.

In the last couple of weeks, my role at work changed in a way which meant that the workload (at least in the short-term) would continue, and likely increase, but my ability to actually make improvements to support my friends was further decreased. At the same time my body decided enough hours was enough and required a few days at home, resting and stocking up on vitamins. 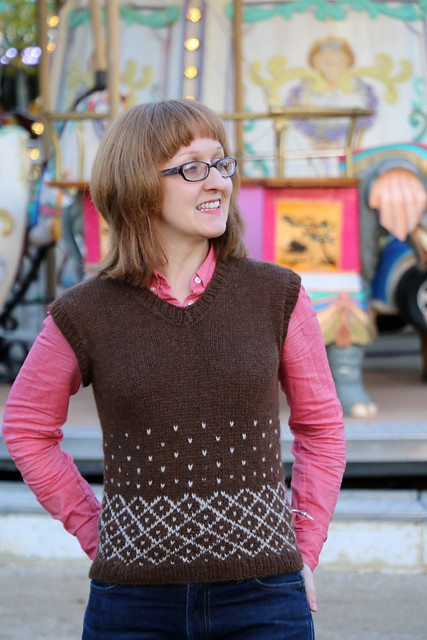 As is often the case, a little distance helped me to see sense. If the one reason I was willing to take on a difficult role was removed, why was I continuing? I’ve returned to my previous role at work and I’ve committed to a New Year’s Resolution starting right away, in advance of the New Year. I’ll no longer be working excessive hours; I’m going to do as good a job as possible during my working hours, and then I’m going to head home and spend my time on my hobbies. 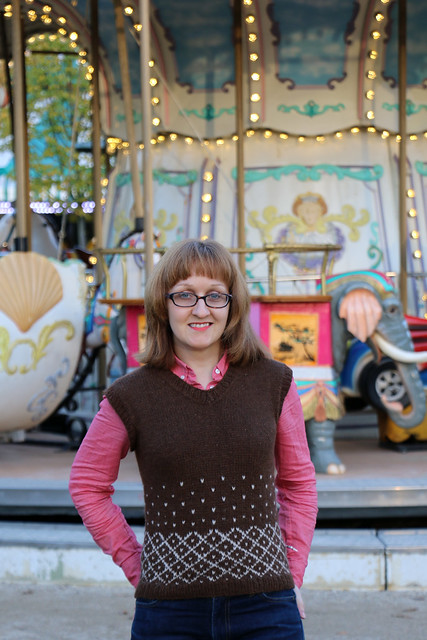 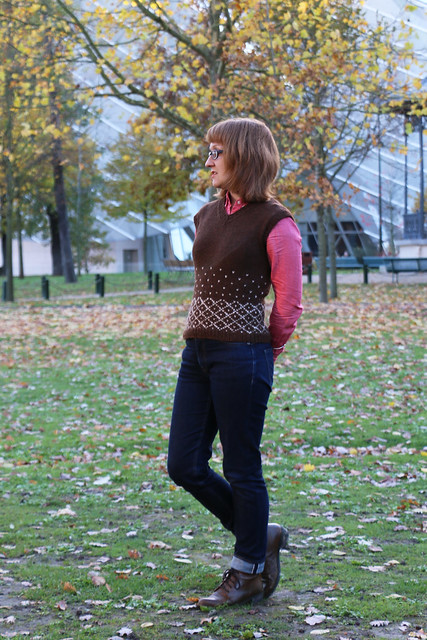 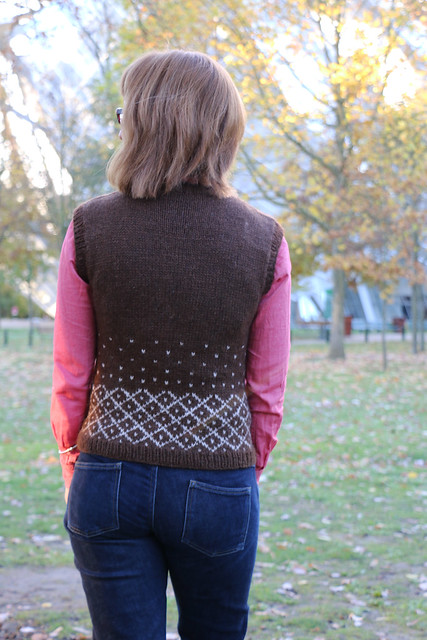