I love a sewing-themed Christmas gift guide, but I thought it might be equally interesting to share some places you can currently donate/pledge to support sewing-themed campaigns. Four ways to show your support, and receive a little something in return too! 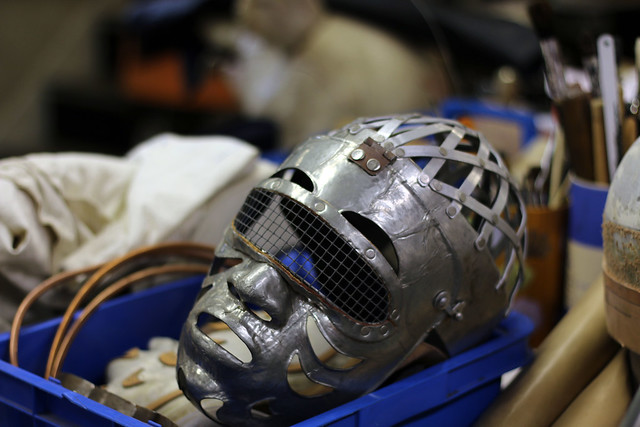 The Royal Shakespeare Company is currently raising money to restore and redevelop their dedicated costume department in Stratford-upon-Avon. I was lucky enough to visit the Costume Department last year – you can read about my visit in an article I wrote for Seamwork magazine or on my blog.

The Stitch in Time campaign aims to allow the RSC to maintain and develop what is the largest in-house costume making department of any British theatre. Supporters (£30+) will receive invites to events about the project and costume making. Find out more or donate here.

I’m a great lover of a heritage British-made product (see my previous blog post about Ernest Wright & Son); William Whiteley & Sons, based in Sheffield, are the UK’s oldest manufacturers of scissors and shears, since 1760.

The company previously sold to trade only, but have recently launched a Kickstarter campaign to sell a new product (EXO tailors shears) direct to consumers. The Kickstarter campaign has already met its target, but there are still a few days left if you would like to get your hands on a pair of these scissors. Reportedly lighter and more ergonomic, the scissors have a nice modern (and unisex) look, and can be engraved for a small additional cost. Visit the Kickstarter page for more information.

As someone who works in (or, at least on the periphery of) IT, I’m always really impressed by what Joost has created with Freesewing.org. In addition to sharing the open-source code for the site, and free sewing patterns, Freesewing also raises money for charity. You can now show some love to Joost and the other contributors, and donate to Freesewing’s chosen charity/charities, by becoming a Patron and making a small monthly donation.

♥ In the Folds Printed Patterns

The Kickstarter campaign has already met its target, but there is still time to get your hands on a pattern or one of the other rewards. Visit the Kickstarter page for more information.