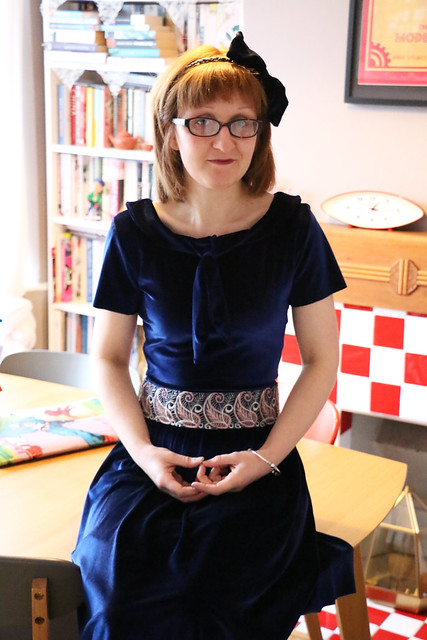 Long time no see, guys! I’ve been finding slightly less time to sew and knit lately, but even less to blog. I’m off on holiday to Seoul and Tokyo next week, and have a few recent projects to photograph, so no doubt I’ll have a few garments (and probably some holiday fabric shopping…) to blog in the next few weeks.

Before that, as I’m sure you’re well aware, back in February Elle, Rachel and Abigail hosted an online Moneta Party. I had sewn Moneta once before, but wanted to make a new version for the party. 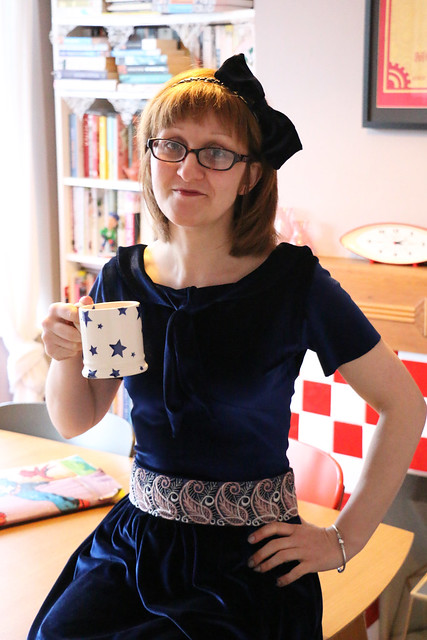 I whipped this version of Moneta up quickly the weekend of the party, in a blue stretch velvet from Barry’s Fabrics. I added the Tie Collar from the free Moneta extras pack, and made a belt to wear over the dress, using a trim purchased from Birmingham Rag Market. To make the belt I just added a stiff backing fabric to the trim, and hook and eyes to fasten it. 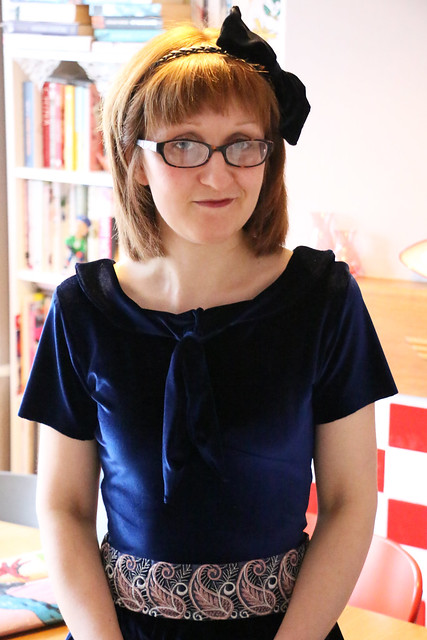 The dress looks ok in these photos, but I’m afraid there were actually a few issues with my fabric choice which mean it hasn’t survived! The stretch velvet I chose clung unflatteringly in the bodice, and having constructed the dress I noticed a flaw in the fabric right under the bust… After taking these photos the dress was cast aside for a few days, after which I removed the bodice and fitted a waistband to make a simple gathered skirt. 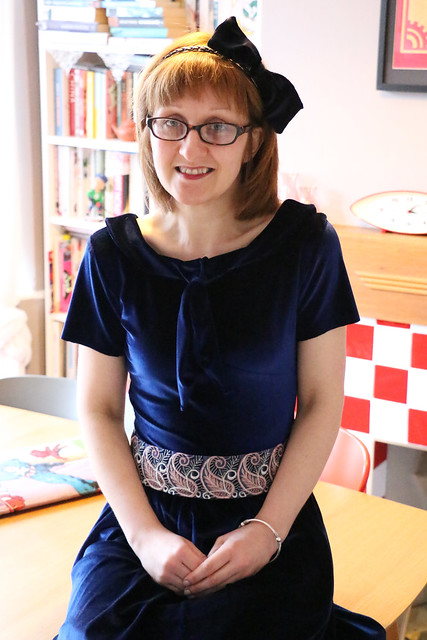 These photos were taken quickly in our front room, to make the Moneta Party photo deadline. Phil was making fun of my modelling skills, which resulted in the following… 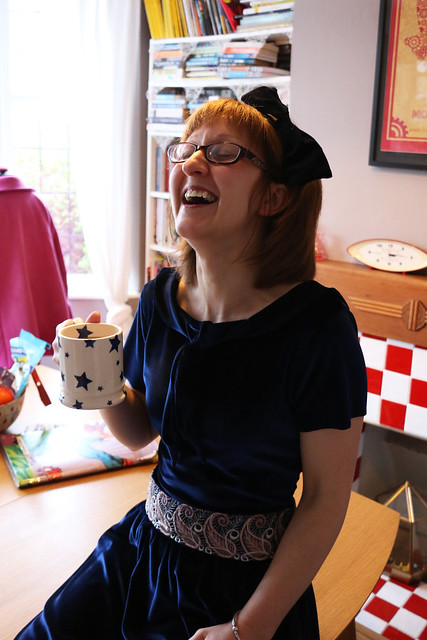 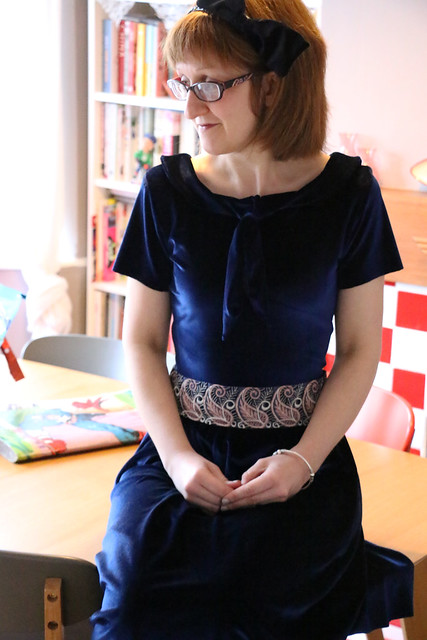 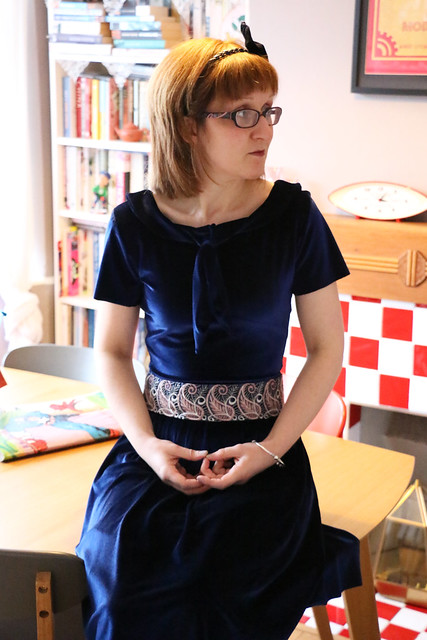 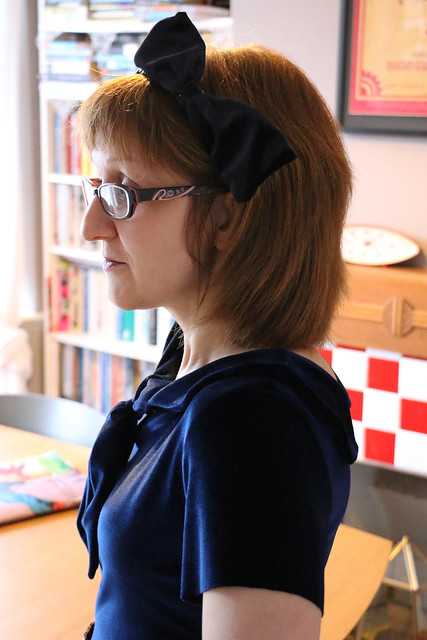 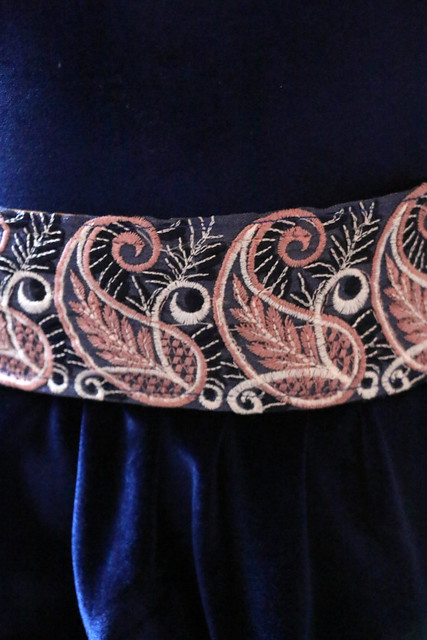