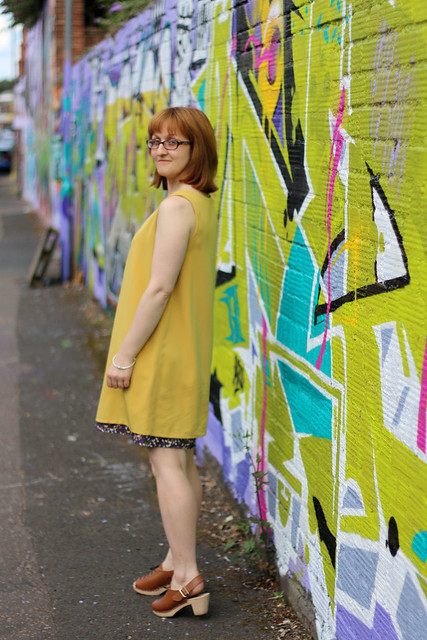 I haven’t had much time to sew or to blog lately. What I have been doing is plenty of knitting and podcast-listening, since I can do those on my daily commute. I’ve also had a lovely movie-watching evening today, and have managed to squeeze in four films – I’m considering film number five, but should probably go to bed instead… 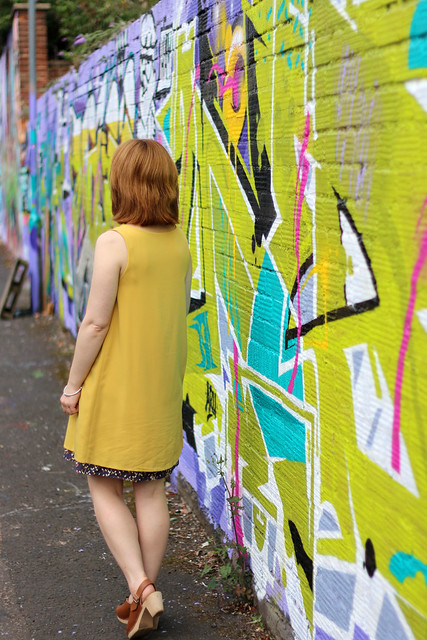 This is my Lou Lou Dress pattern (View B) made in a mustard luxury crepe from Sew Over It, it’s actually the left-over fabric from when I pattern tested the Joan Dress. The contrast hem is in Atelier Brunette’s ‘twist’ print cotton – another left-over, this time from a Paprika Pattern Onyx Shirt. 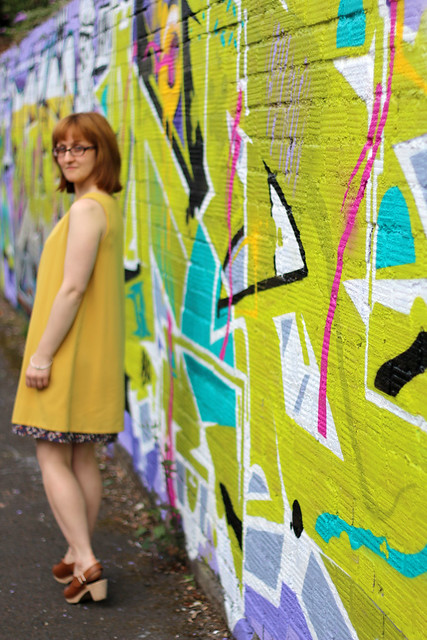 These photos were taken last Saturday. It was Phil’s birthday and we spent the day mooching around Birmingham city centre, eventually ending up in Digbeth to try a new tap room / bottle shop which has opened in the Custard Factory (Clink Beer). 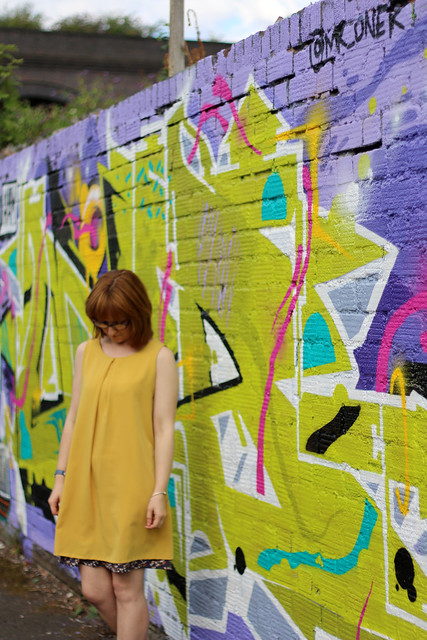 Digbeth has some great graffiti – I was hoping to feature some of my favourites, but taking blog photos is just about Phil’s least favourite thing so I was nice and didn’t pester him to take more photos than these on his birthday! 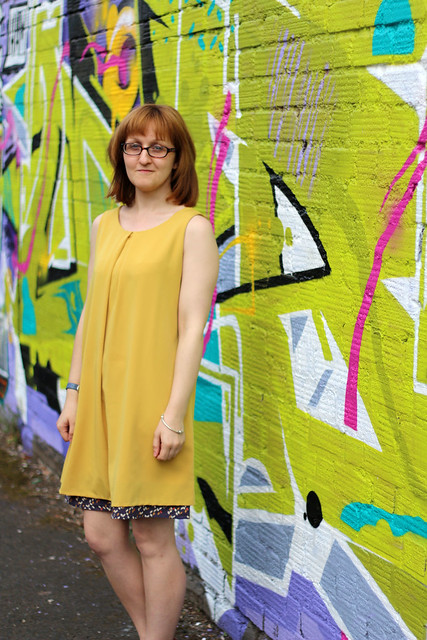 My shoes are Nina Z, purchased from Brooklyn Flea while I was visiting New York. I haven’t worn them in enough yet, as after several hours walking around town I had multiple blisters by the time I got home. 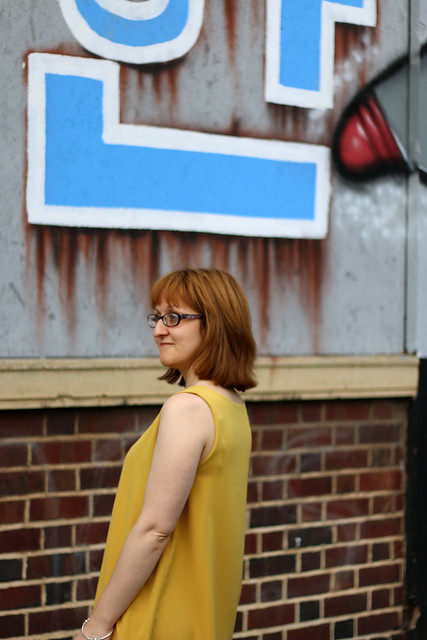 ♥ Great podcast interview with Nick Wright about running Ernest Wright & Son, and his relationship with his father; really sensitively done, and also very funny. Plus, their Kickstarter campaign is now over 300% funded – hooray!

♥ A really sweet free wrap knitting pattern from a Verb for Keeping Warm, and free tray and basket pattern from Noodlehead.

♥ While on the subject of audio, I’m OBSESSED with Malcolm Gladwell’s brilliant podcast Revisionist History. I feel like I’m getting an education every episode. 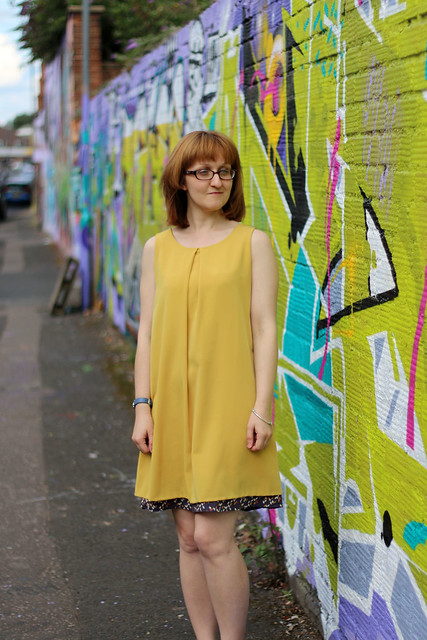 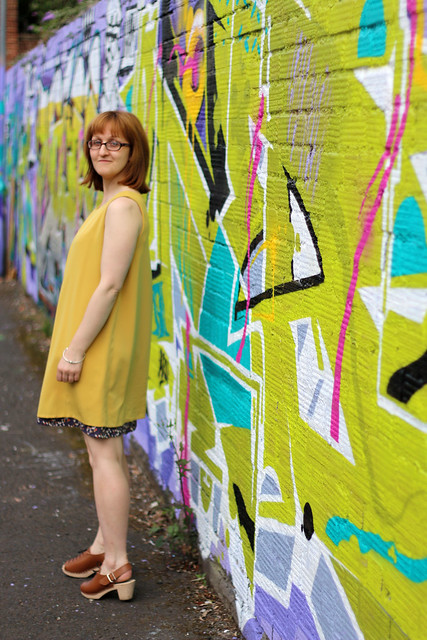 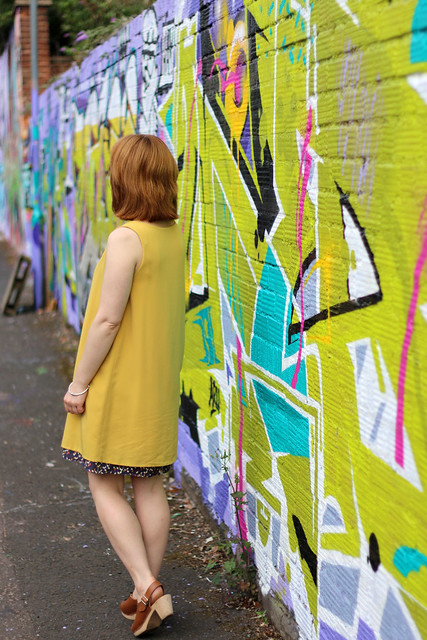 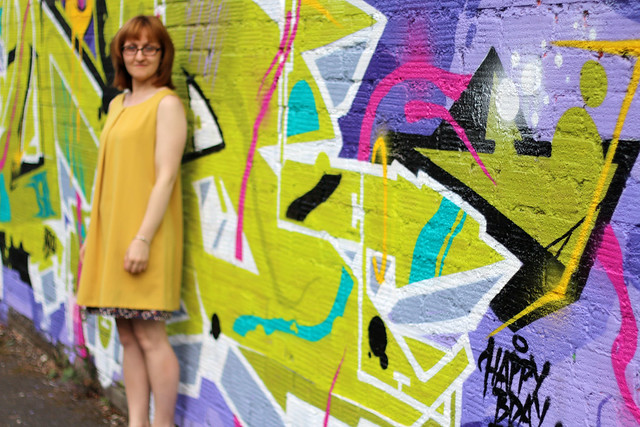 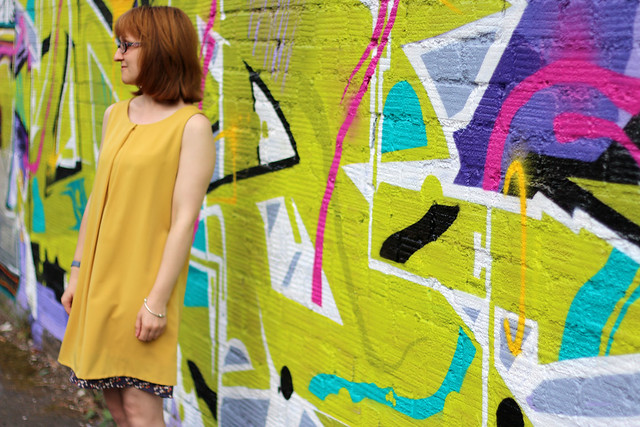