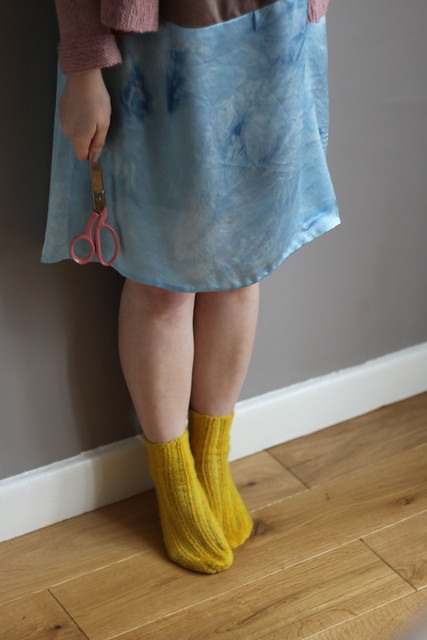 I realised that I hadn’t written a wrap-up post about my experience of participating in #1year1outfit during 2015. It’s partly because using British fibres has seeped into my making (particularly my knitting) to such an extent that it doesn’t feel like there is an end point. However, I thought I should acknowledge the impact that Nicki’s project has had on my making and also highlight that One Year One Outfit is taking place again in 2016 if you’d like to participate. 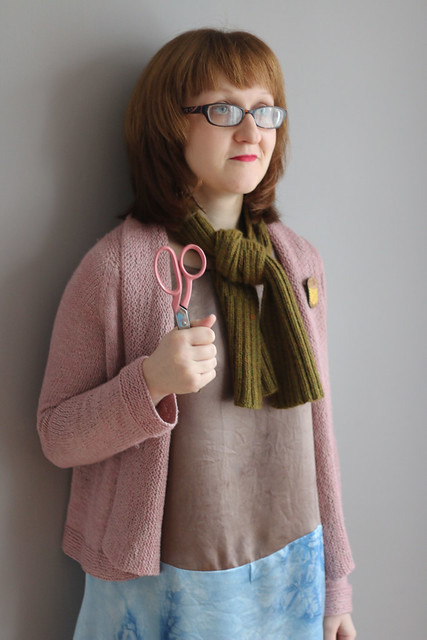 At the start of 2015 I was just beginning to explore British wools in my knitting and the use of natural dyes (as part of my own #naturallydyedwardrobe project), so One Year One Outfit tied in perfectly with my own growing interest in local fibres and materials. However, without One Year One Outfit I never would have fallen quite so fast and far down the rabbit hole. 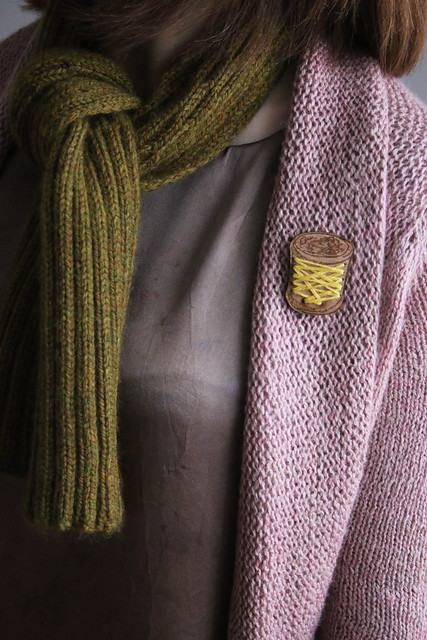 The project led me to really question and explore exactly what fabrics and fibres are produced in Britain; the results of that search – so far – are compiled here, and I’m continuing to add more resources as I discover them. Exploring currently available British textiles also led me to give greater consideration to the historic textile industry, both to celebrate the beautiful things produced and the skill required to produce them, but also to be aware of the conditions many of these textiles were produced under. In Britain that included child labour, serious health risks for workers, long hours for low pay, and exploitation of the Empire. 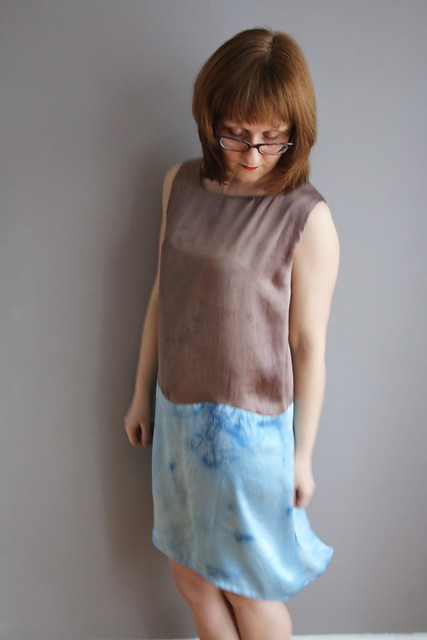 As a result of participating in the project I’ve produced a number of knitted and sewn garments and accessories (you can see them all here), and it also inspired two articles I wrote for Seamwork magazine profiling British companies: TOFT and Cluny Lace. Most recently I visited the wonderful Ernest Wright & Son in Sheffield (I’m holding their pink 8″ scissors in some of these photos), who I’ll be blogging about soon. 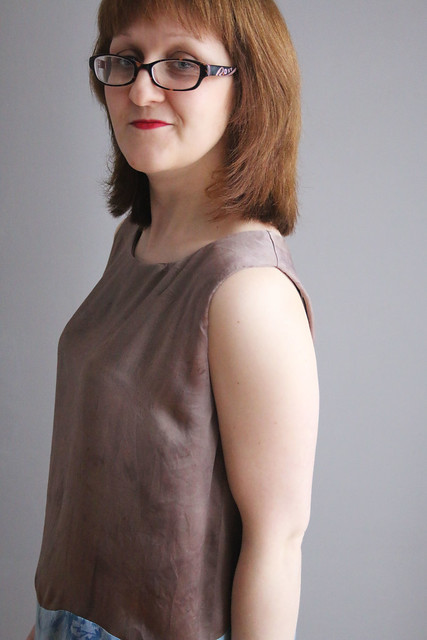 Not all of the garments I made as part of the project were 100% British (for example I used commercial thread), but the important thing to me is that it made me consciously think through what I was using and where it was produced; something I want to be increasingly true of all of my making. 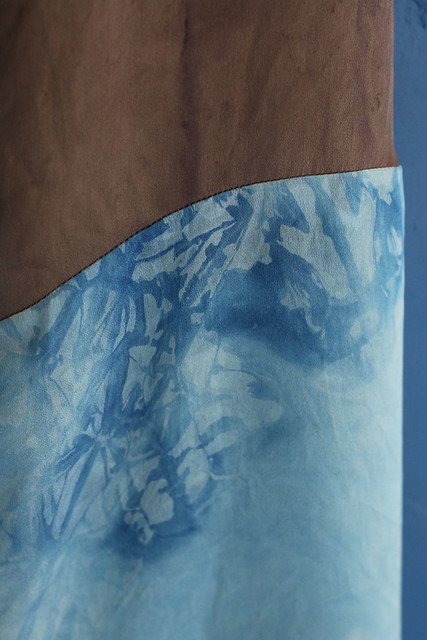 The dress is these photos is my latest One Year One Outfit make. It is made with British organic silk from Majestic Textiles. I dyed the top portion of the dress with logwood chips, which were gifted to me by a member of my Weavers, Spinners and Dyers’ Guild. The bottom portion of the dress is dyed with indigo from Fabric Treasury. The pattern is my own Lou Lou Dress, view C. I was rather lax cutting this slippery silk so the lines of the dress are a little wibbly, but I love it all the same. 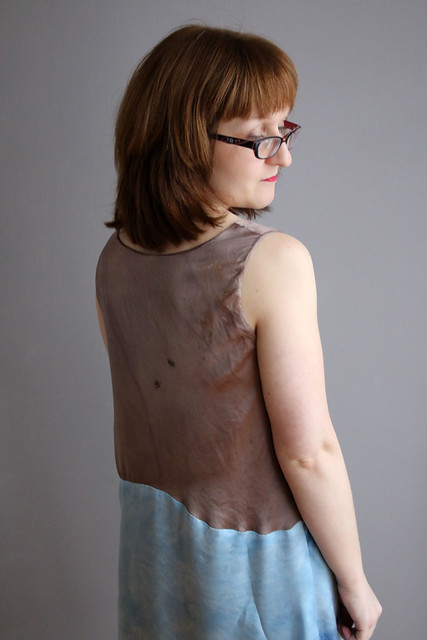 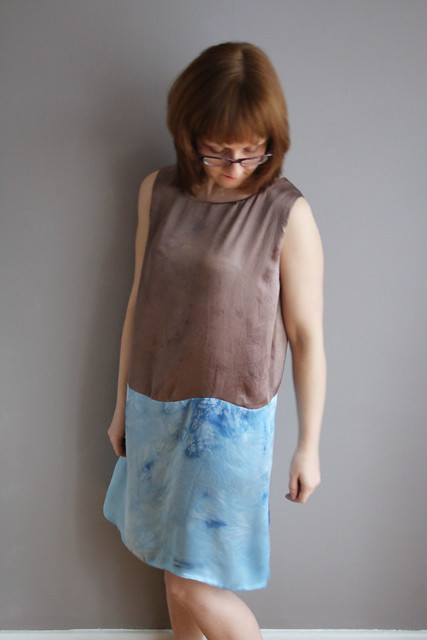 For anyone interested in exploring British fibres in their own making there is a huge variety of wool (and sheep, mills, dyers, farmers & designers) to explore. Regardless of your chosen craft (knitter, sewer, embroiderer, weaver, etc.) there are British wool products to try. But British fibres don’t stop with wool, I’ve also had the opportunity to work with British silk, lace, linen, and haberdashery supplies, including scissors, needles, pincushions, and buttons. I’m looking forward to seeing what else I can find in 2016. 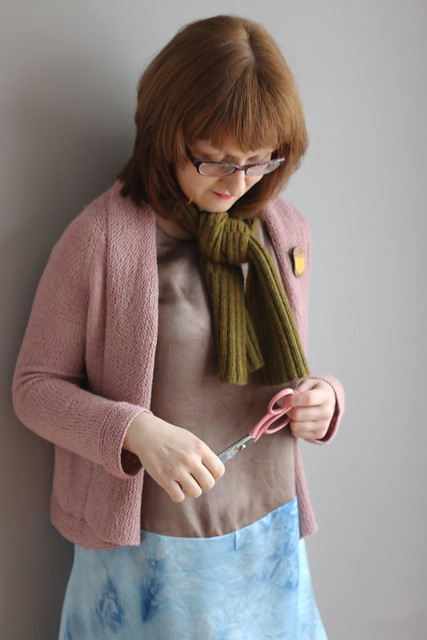 All of my #1year1outfit posts are available here.

In these photos I’m wearing the following items which meet my #1year1outfit pledge: 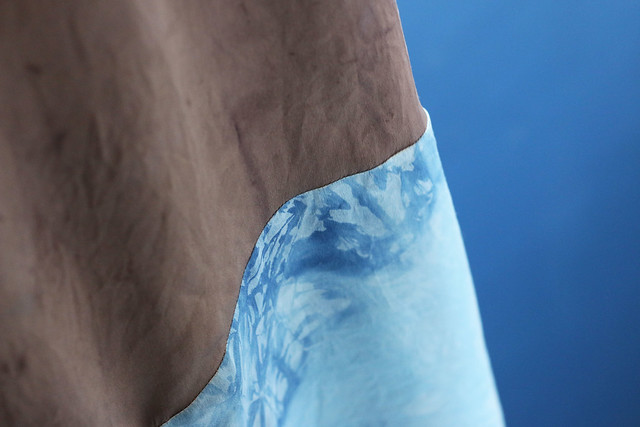