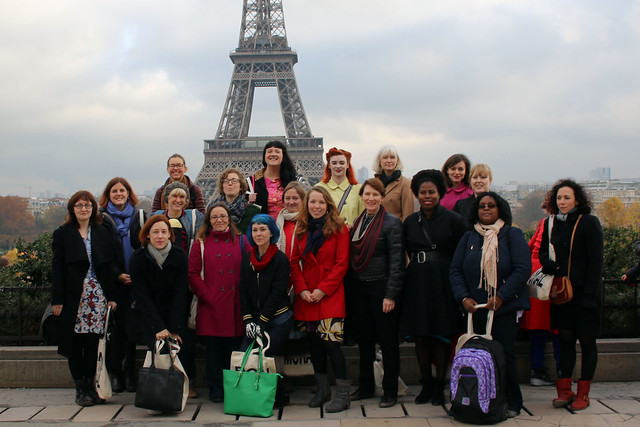 Pretty much as soon as I heard about the Paris meet-up, courtesy of Twitter, I knew I had to go. What could be better than a sewing meet-up & in Paris! A quick tweet to Carmen & I was on the attendee list and making plans.

I was originally planning a day trip, but Phil told me there was no way I was getting a trip to Paris and he wasn’t (!), so we used it as an excuse for a week’s holiday:) Having already been to Paris once this year we decided to split our time between Brussels & Paris. This was my first trip to Brussels & I loved it – I would recommend it generally, and, for sewists, the Museum of Costume and Lace & Les Tissus du Chien Vert fabric store are most definitely worth a visit (blog post coming soon!)

Me and Phil arrived in Paris a couple of days prior to the meet-up to fit in some sightseeing & then, on the day of the meet-up, I left Phil to his own devices (fabric shopping is not his idea of fun) to meet up with the spoolettes at the Trocadero. 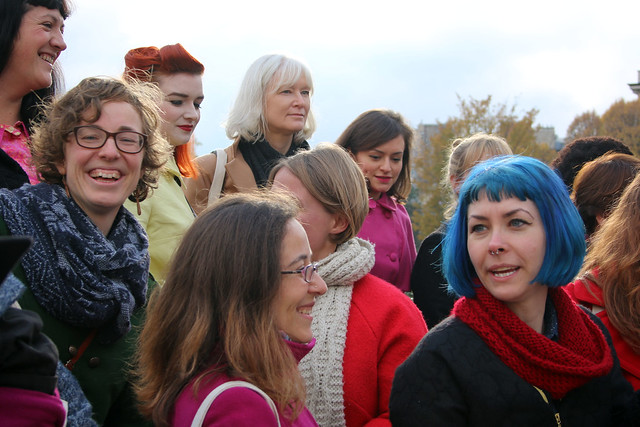 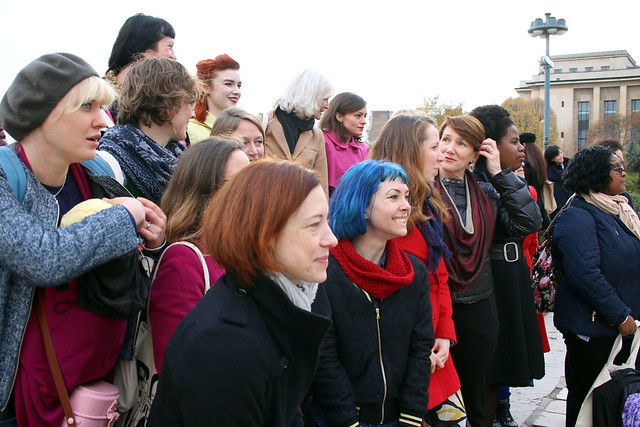 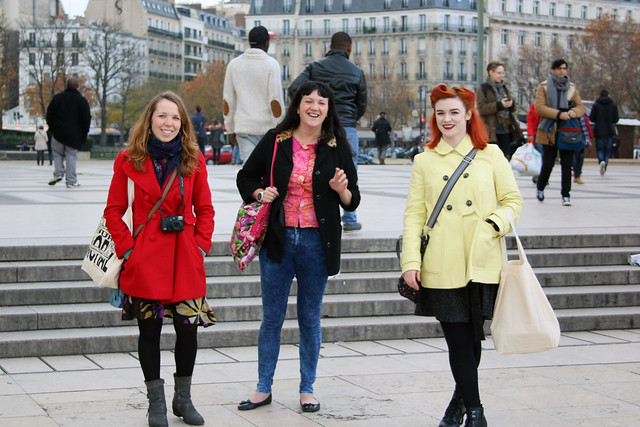 Carmen, our organiser extraordinaire, was waiting to greet us with exciting goodie bags full of lovely things. The bags featured a design from Carmen’s Cousu Main book and had been personalised on her machine so that we wouldn’t get them mixed up later:) 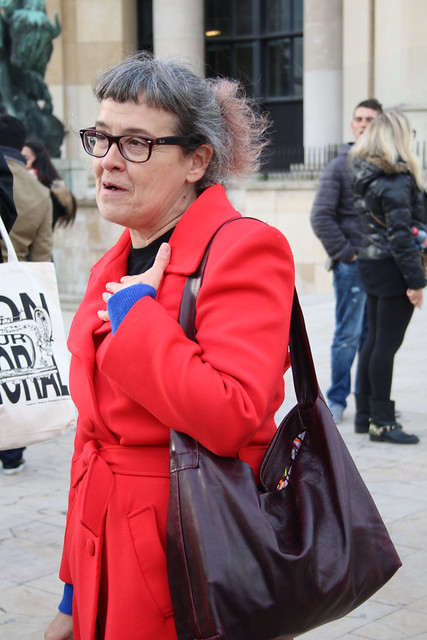 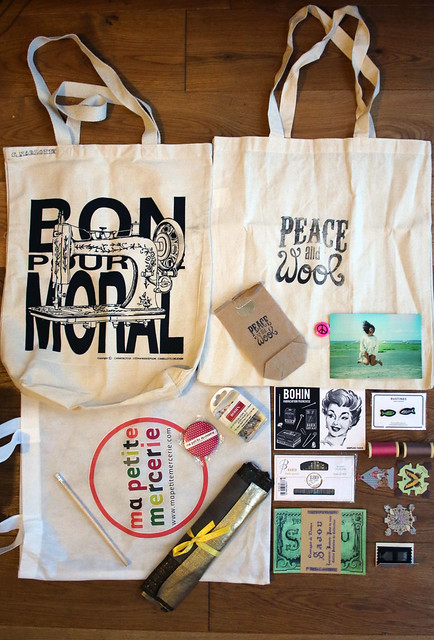 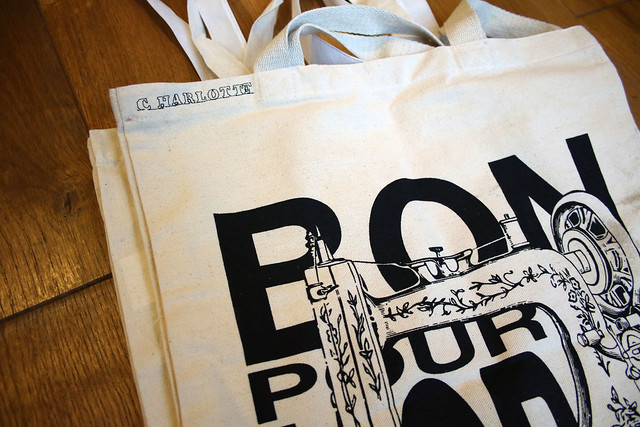 We had a pretty international group – attendees had travelled to Paris from elsewhere in France, England, Canada, Belgium, Finland, and Germany, and of course the reason the meet-up was organised was because Lauren was visiting us from the States. 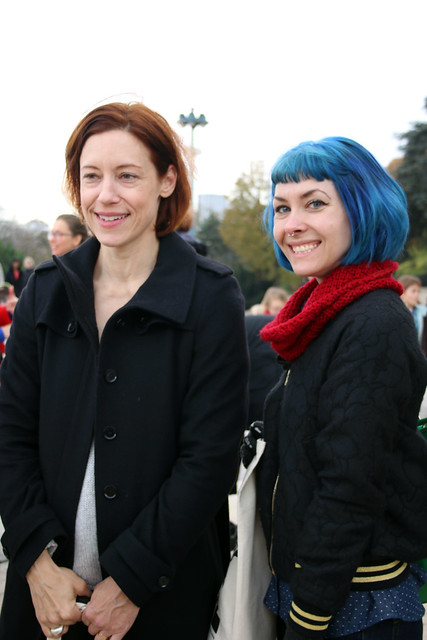 Once we were all assembled we headed off to our first shopping location, the Sentier neighbourhood. I always think that an added benefit of meet-ups is learning the location of the best shops for future visits. I’d previously visited the fabric shops around the Sacre-Coeur, but I was totally unaware of the fabric shops in the Sentier, and there are loads! If you wander the streets between the Sentier and Bonne Nouvelle metro stations you’ll come across the shops. One thing to note is that – unlike the shops near the the Sacre-Coeur – many of the Sentier area shops are aimed at trade buyers and so require you to buy a larger than normal minimum length of fabric. We were lucky to have French / French-speaking spoolettes with us who checked at each shop. Some of the shops had a minimum of between 1-3 metres, but we went in one shop with a 10 metre minimum and another where the minimum was the whole bolt! I wouldn’t fancy trying to get that home on the train… The more retail-focused shops tend to have less fabric on display / have the bolts wrapped up so they aren’t too hard to spot. 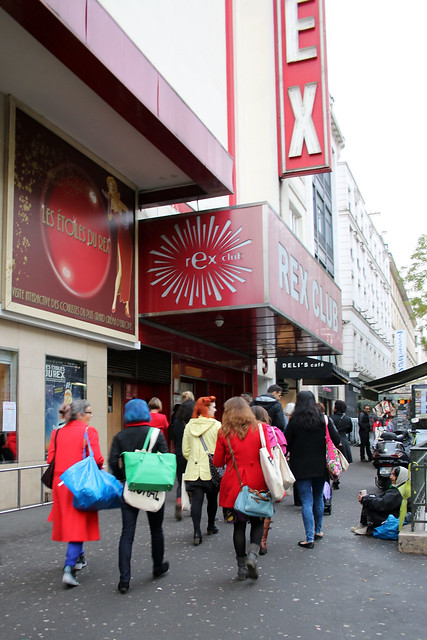 On our way past the famous Rex cinema

I’m in a wintery / Christmassy mood currently so was drawn to the woollens / heavier weight fabrics. I came away with some great fabrics at very reasonable prices. The purple wool was 9 euros per metre from Les Etoffes du Sentier (they also had it in blue and grey). I also did well in a neighbouring store where I came away with a blue and black wool blend (7 euro per metre) and a patterned stretch (5 euro per metre). 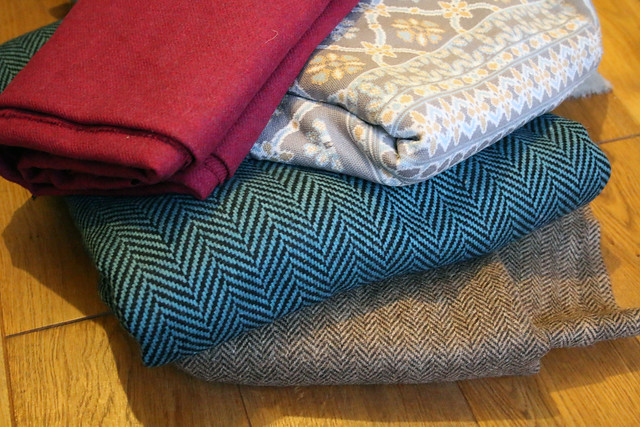 The (obvious) downside to my fabric choices was that I was now weighed down with a load of fabric and we’d barely started. Seriously, I’m not that wimpy & this stuff plus a handbag & camera bag weighed a ton! The upside was that I stopped spending at that point to avoid adding to the load so it saved my wallet from further pain.

After a couple of hours of shopping the group reconvened at Maison Sajou – a stunning haberdashery. The ladies in the shop spoiled us with goodie bags and cups of tea, before we set off to the Marche Saint-Pierre area for more fabric shopping. 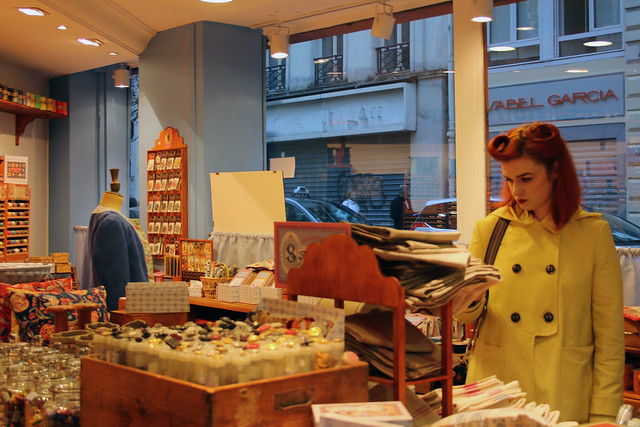 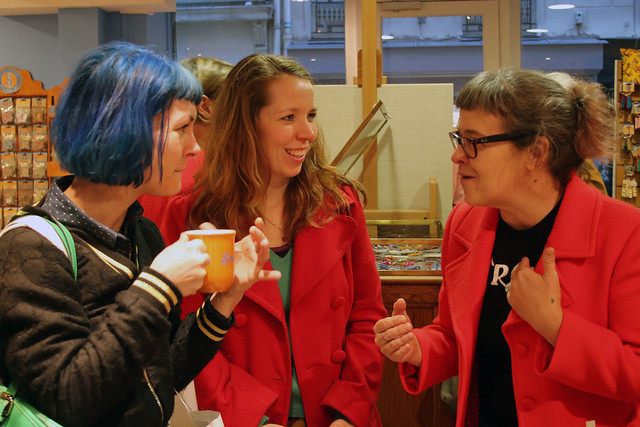 The area around the Sacre-Coeur has some great fabric and wool shops but most of us – with the exception of a hardy few – were too tired to do them justice. I think most people who were still in Paris went back the next day for a mooch. I popped there briefly with Phil and bumped into quite a few spoolettes, it’s our natural habitat I guess:) The one shop we did all visit was the great Les Coupons de Saint-Pierre. The shop was having a sidewalk sale so was packed and everyone was very excited to see Carmen! As you may know, Carmen was the winner of Cousu Main, the French version of the Great British Sewing Bee. The rest of us got a little bit of the celebrity treatment due to being with her:) I picked up a brown/white wool blend which is destined to be a coat for Phil (the blue wool above was going to be but has been shot down as apparently unsuitable for a peacoat so will become something else!). Thanks to a meet-up discount this came to a mere 16 euros for 3 metres.

Finally we headed to the nearby Pink Flamingo restaurant for pizza, drinks and more nattering. 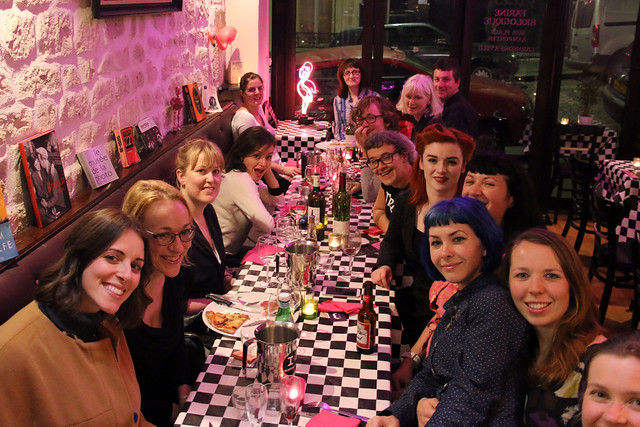 Carmen – thanks for a great day:) 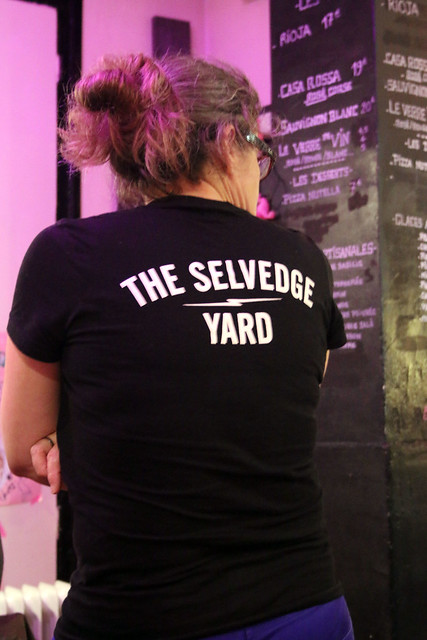 18 thoughts on “Spoolettes on Tour – the Paris Meet-Up”