I attended a linocut printing workshop at the Barber Institue today (there was an old fashioned gender divide in our house as I did some chores and went to a craft workshop, while Phil went into Liverpool to watch football!).

This is the second printing workshop I’ve attended at the Barber. They’re more relaxed than other workshops I’ve attended, as they allow time for an overview of the art form, a gallery tour and time sketching within the gallery. Having said that, once the actual crating starts they’re less serene (for me at least) as I tend to create designs that take a while to cut-out so need to put my head down and work fast to finish on time.

Alex Jolly who runs the workshops uses basic/low cost tools and materials so that it’s easy to purchase the same supplies and carry on at home. I’m thinking of ordering some supplies and having a go at printing onto fabric. We don’t really have any space in the house where I can risk making a big mess, so I might take over some space in the shed (traditionally Phil’s domain) for a printing workstation. I’ll have to wait until it gets a bit warmer though as I don’t fancy sitting out there for many hours at a time at the moment.

To give us some ideas and inspiration we went on a tour of the gallery’s Chinese artifacts, which include a jade cup and wooden box created for use by emperors. Apparently the Barber has had the artefacts in storage for years but, no doubt due to the recent boom in the Chinese art market, has recently re-evaluated their worth and realised their significance. Personally I can never help thinking about the ransacking of the Summer Palace when I see imperial treasures in British museums. Not that that affects the beauty of the artefacts themselves, but it’s an important part of their history & personally I think galleries ought to make more effort to acknowledge it.

For my print I decided to sketch a 福 (fu) character, which means ‘good fortune’ in Chinese and is commonly displayed in homes in paper cut form, especially at Spring Festival time. It’s usually displayed upside down, due to a play on words: fu dao le means ‘good fortune has arrived’, but ‘upside-down’ in Chinese is also pronounced ‘dao’ so displaying the character upside down is a play on words and also implies that good fortune is on it’s way. I actually have two 福 paper cuts stuck to my landing window, and I used the style of these as a model for my print. Around the character I printed some prunus blossom, which is featured in Rossetti’s ‘The Blue Bower’ which the Barber own and which I sketched during the gallery tour.

Below is my original sketch. I drew over the outline in pen to give a nice solid line, and then traced the image onto a piece of easy cut lino.

Here is the lino with the image transferred across and carved. This is post printing and you can see the lino has  taken on some of the colour of the ink used in the printing process.

And here are the resulting prints, in black ink on red and white card.

One thought on “Good Fortune (福) in Linocut” 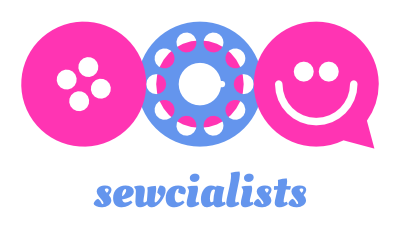